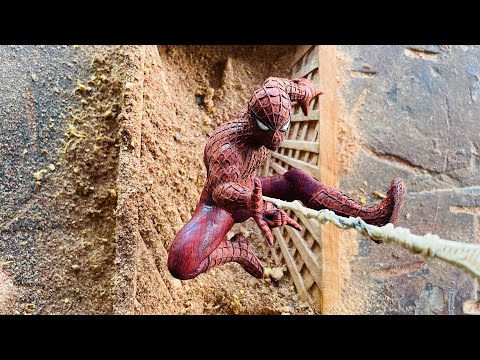 Everyone and their mother is excited for Marvel’s next installment in the MCU, Spider-Man: No Way Home, especially as rumors (that are all but confirmed at this point) continue to swirl about who will be in it. To celebrate the movie, the talented folks over at Woodart Vietnam have crafted a brand new wood carving of spidey, which you can see for yourself below.

As you can see in the clip above, this Red Wood & Mahogany wood carving depicts Tobey Maguire’s iconic Spider-Man suit and webs swinging throughout New York City. According to the details section of the YouTube video, it took Woodart Vietnam seven days to carve this piece.

Maguire’s Spider-Man is just one of the many characters that are rumored to appear in Spider-Man: No Way Home, as the movie has already confirmed that his former foes – Willem Dafoe’s Green Goblin and Alfred Molina’s Doctor Octopus – would be reprising their role in the film.

Anyone that would like to get their very own version of this artwork can purchase it right here. Just beware that it isn’t cheap, costing $990 to $1,390 at the time of writing this. On the site, you’ll also find plenty of other amazing carvings from your favorite anime, comics, and movies, including plenty of Demon Slayer, DC, and Marvel-based ones.