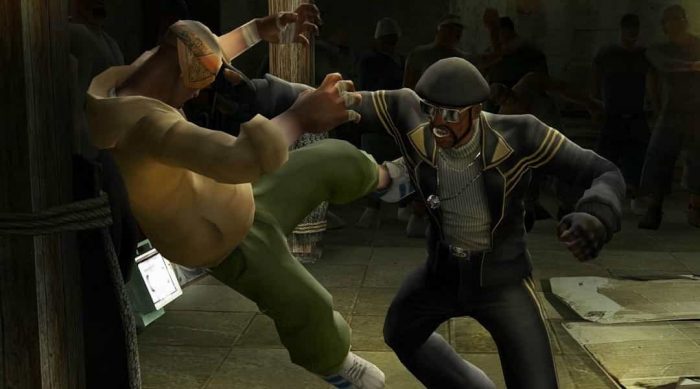 Hip-Hop Is Coming to Gaming Once Again

The Wu-Tang clan brought us some of the best music of the 90’s hip hop revolution. Their influence extended beyond just the music industry with Def Jam Vendetta, a wrestling game released for PlayStation 2 and GameCube in 2003. It combined the world of hip hop with EA’s excellent wrestling game engine. There hasn’t been another hip-hop/video game fusion until now.

According to Windows Central Xbox studio Brass Lion is developing project “Shaolin,” an action RPG featuring Hip Hop icons such as RZA, Ghostface Killah, and Method Man. Gameplay is rather unclear at the moment, but will supposedly feature 4 player co-op.

Brass Lion is a relatively new studio that specializes in “fictional universes that center on Black, Brown, and other traditionally marginalized characters, cultures, and stories.” Their first game, Corner Wolves revolves around a young Afro-Latina woman that travels through mid-1990’s Harlem attempting to find her father’s killer. The game touches on subjects such as the drug war’s impact on black and brown communities and other important topics. This studio is a perfect fit as it will ensure adequate representation in the new title.

The game is rumoured to last a couple of dozen hours and features some games-as-a-service aspects such as procedurally generated dungeons that grant players extra loot, similar to a timed raid on games such as Tom Clancy’s The Division series.

The game is confirmed to have the Wu-Tang Clan making its soundtrack. Fans of the music should be excited to see their favourite artists travel through a fantasy world as well as score it. Brass Lion along with Xbox’s resources are sure to do the artists justice, as well as create an exciting title for players who pick up the game regardless of the hip-hop icons’ appearances. The game’s release date is unknown at this time but could be quite a while as the studio tweeted that they were looking for a game designer for an unannounced project, insinuating that the game is in a very early state. Will you be picking the game up when it gets released? Does the inclusion of the Wu-Tang Clan motivate you to pick it up? Let us know in the comments below.

The post Wu-Tang Clan Based Game Being Developed by Xbox Studio appeared first on COGconnected.