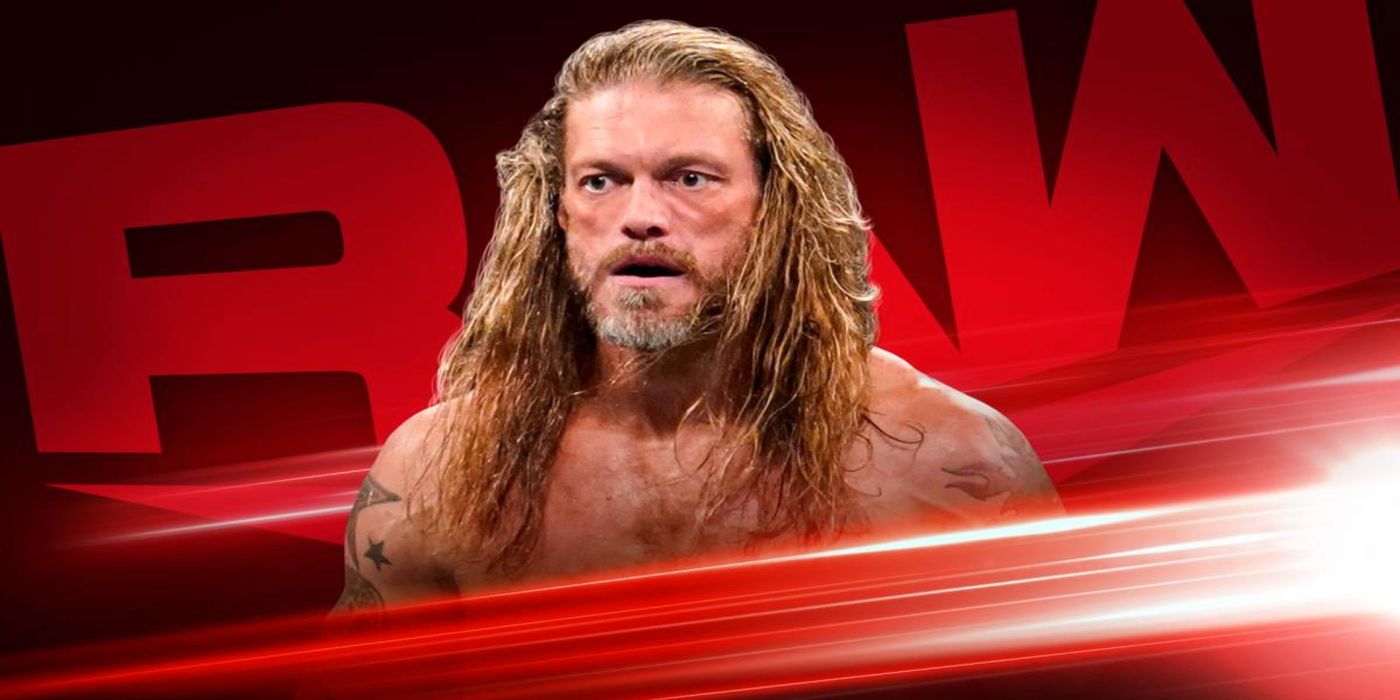 WWE 2K22 is set to be released later in 2021. As the first game in the series since the critically panned WWE 2K20, fans are hoping that it can turn the series around. There isn't much publicly known about WWE 2K22, though a roster reveal could take place soon. WWE has fired over 50 superstars in 2021 alone, so the game's final roster will be interesting for fans to see. Fans can expect to see the majority of active wrestlers in the game, and this will more than likely include WWE legend Edge.

Edge made his return during the Royal Rumble in 2020. This is widely considered to be one of the most unexpected comebacks in WWE history. After being forced to retire from active competition in 2011 due to neck injuries, the WWE Hall of Famer made a shocking return. Now, nearly 18 months later, Edge is an active member of the WWE roster again. While he doesn't compete too regularly, he's participated in some excellent matches with the likes of Randy Orton, Roman Reigns, and Daniel Bryan. As such, wrestling fans should expect to see the Rated R Superstar in WWE 2K22.

Edge is a safe bet to be included in WWE 2K22. Not only did the formerly-retired legend mount two comebacks, but he's also had a string of acclaimed matches. Not only will he almost certainly be a playable character in the game, but he would also be a likely candidate for the cover star of WWE 2K22, thanks to his unexpected and monumental return to wrestling. With a highly-anticipated matchup against Seth Rollins at SummerSlam lined up, Edge's future in WWE looks secure, as does his presence in WWE 2K22.

The Rated R Superstar's position as a part of WWE 2K22's roster could be interesting. Since his retirement in 2011, Edge has featured in the games in the Legends category. This subsection of wrestlers is reserved for those who have retired, moved on to other things, or have unfortunately passed away. With Edge being back on WWE's main roster now, he could be included as a regular, active wrestler again, rather than in the Legends category. This has happened before with Daniel Bryan back when he came out of retirement, so there is a precedent for formerly-retired wrestlers being included as regular competitors once more. The reportedly fantastic-looking WWE 2K22 could be the perfect time to reintroduce Edge as an active wrestler for what he himself has said is the last chapter of his career.

With SummerSlam 2021 right around the corner, fans could get confirmation of WWE 2K21's roster soon. Traditionally, WWE likes to reveal rosters for its games in August, and oftentimes during the weekend of SummerSlam. With the heavy expectations being placed on WWE 2K22, it could make sense to reveal its roster in a big way, and SummerSlam could be perfect for it. It's highly unlikely that Edge won't be included in the game, as WWE no doubt wants to capitalize on his historic return by making him a playable character. Edge could be made a regular wrestler again in WWE 2K22, which would be a far cry from the retired star who was once thought to be relegated to the Legends section in perpetuity.

MORE: WWE 2K22 Needs to Address The Elephant In the Room Head-On