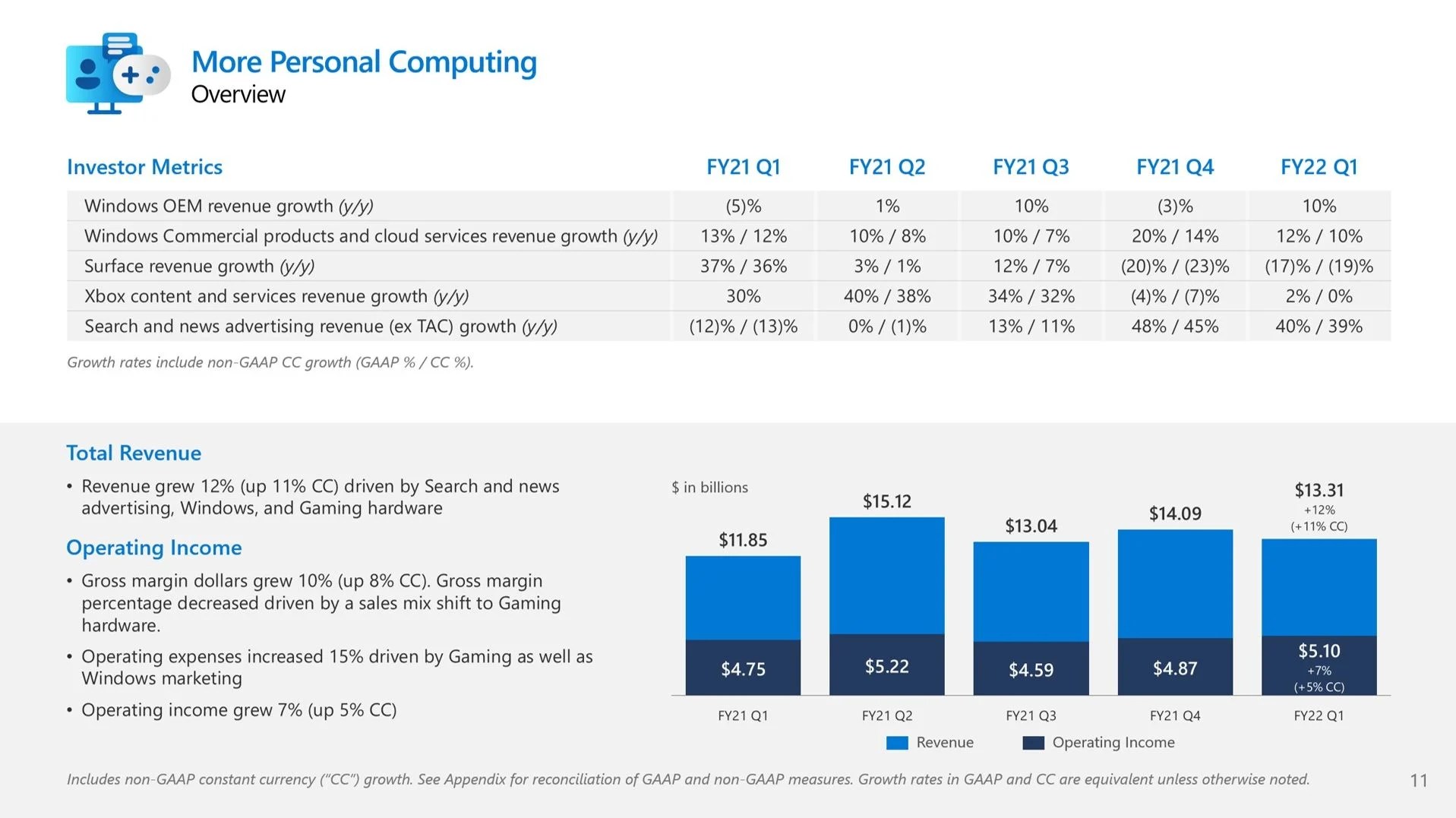 Today, Microsoft announced its financial results for the first quarter of the fiscal year 2022, related to the period between July 1, 2021, and September 30.

The presentation included an update on the performance of the More Personal Computing business, which includes Microsoft’s gaming division and the Xbox brand.

You can check out all the relevant figures for the segment in the slides below.

We learn that revenue for the gaming business as a whole grew 16% ($501 million) year-on-year. Xbox content and services revenue remained relatively flat with 2% growth due to a strong comparable released during the same period last year.

Microsoft mentions that revenue from Xbox Game Pass subscriptions and first-party games grew year-on-year, but this was partially offset by decline for third-party game revenue.

The lion’s share belongs to Xbox Hardware revenue, which grew 166% year-on-year driven by continued demand for Xbox Series X and S, compared to the low performance in the same period last year.

Interestingly, we also learn that investment in gaming was among the driving factors of a 15% increase in operating expenses for the More Personal Computing segment.

In terms of Microsoft as a whole company, you can find the key results below. As you can see, all relevant numbers are in the black and show significant year-on-year growth (20% for revenue and 24% for operating income).

If you want to compare with past figures, you can check out the results from the previous quarter (from April to June 2021) published by Microsoft in July

As usual, It’s worth mentioning that Microsoft doesn’t use the traditional fiscal year from April to March, but instead uses its own calendar from July to June, which is why the results described here are for the first quarter and not the second.