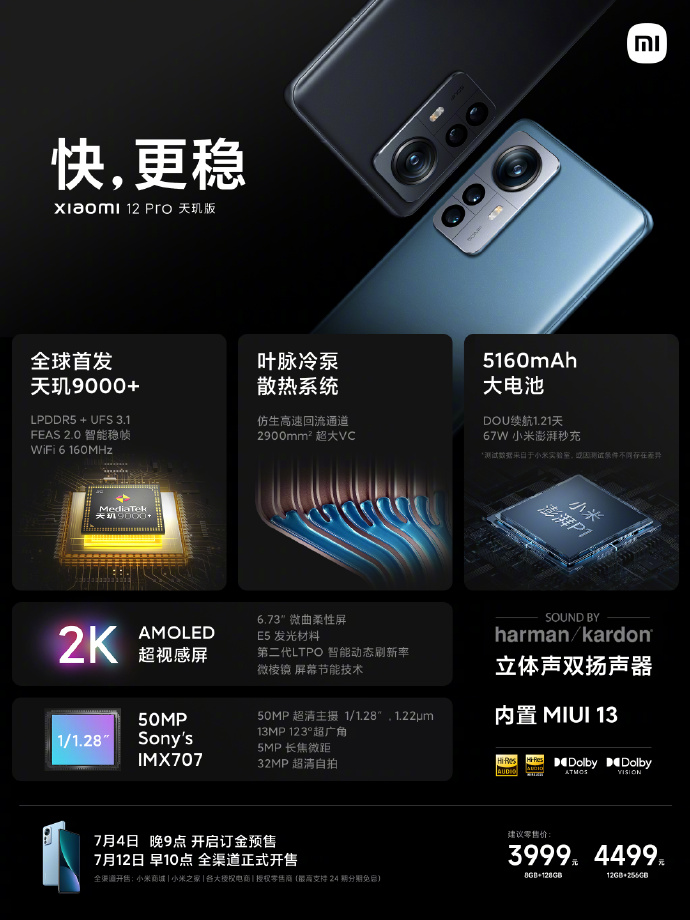 It is easy to see from the product name, that it belongs to the Xiaomi 12 Pro Series of core replacement products, so the whole machine in the appearance and design, and configuration of the chip is largely similar to the Xiaomi 12 Pro, the model suffix is not added to the “S” may be because its rear lens module does not have the word Leica, that is to say, Leica images are missing.

The CPU is composed of one Cortex-X2 core + three Cortex-A710 cores + four Cortex-A510 cores, with the X2 core frequency increased to 3.2GHz (3.05GHz for the Dimensity 9000). The GPU is also Mali-G710 MC10, not stacking cores upwards, if the official claim of 10% performance increases, it should just pull up the frequency gain.