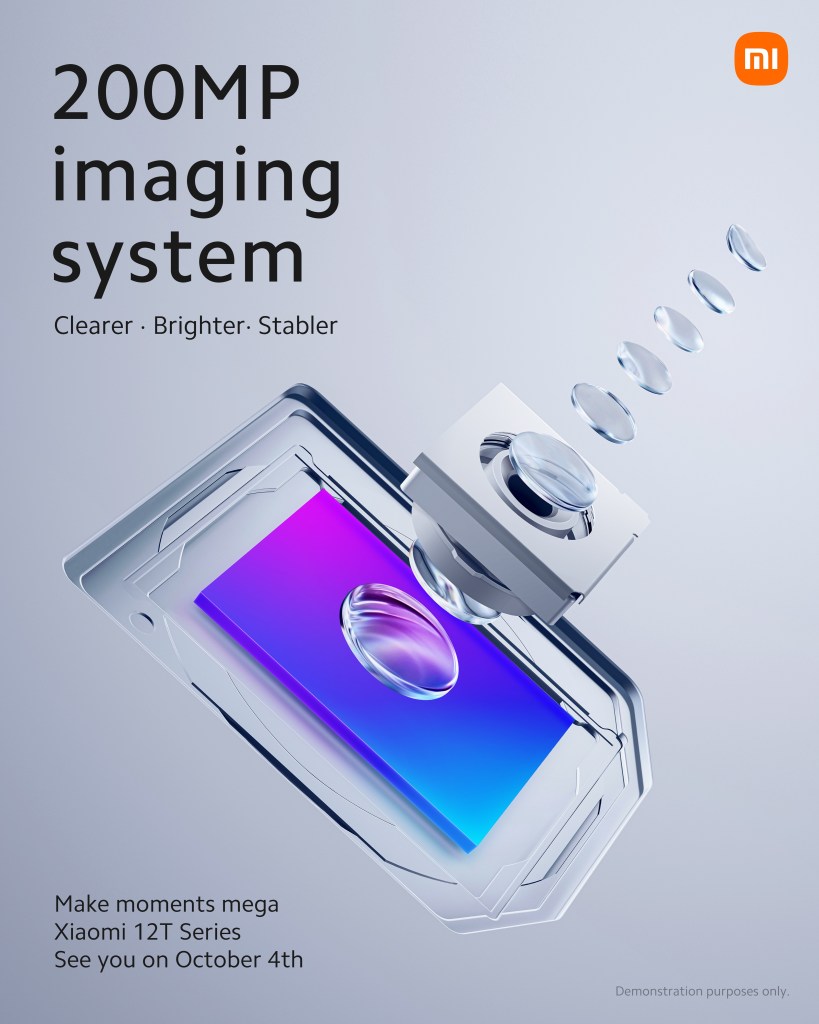 Xiaomi 12T Series will be released on the global market on October 4th. Currently, the 12T Series is hot in news and Xiaomi’s founder Lei Jun also brought a teaser of this new machine on his Twitter accounts.

Hardware used to be our main focus. In recent years, we moved into the next phase of our strategy, which aims to deeply integrate software and hardware for a better experience. Only with deep integration can Xiaomi achieve breakthroughs.
Our research shows that the camera is one of the key factors that drive the buying decision. That’s why we’ve been investing in upgrading Xiaomi’s imaging technology, making it fun and easy to create high-quality photos and videos.
To take meaningful advantage of high pixel counts, our 200MP camera serves as part of an imaging system built with advanced technology to empower creativity. This is a critical move in line with our Imagery Technology Strategic Upgrade to further enhance camera experiences.

In the meantime time, Xiaomi 12T Pro’s Real-life appearance has also been exposed through social media. From the point of view of the exterior design, it is identical to the domestic version of the Redmi K50 Ultra.

The most different place is the 200-megapixel main camera lens, which is also the highest pixel sensor on the phone, and the Xiaomi 12T Pro will be second only after Moto X30 Pro.

In addition to the 200-megapixel main camera, the Xiaomi 12T Pro also comes with an 8-megapixel ultra wide-angle camera and a 2-megapixel macro camera, and a 20-megapixel front camera.

The Xiaomi 12T Pro is expected to feature a 6.67-inch AMOLED display and under-screen fingerprint recognition. In terms of battery life, the device has a built-in 5000mAh battery and supports 120W fast charging. As for the system, it will run MIUI 13 based on Android 12. At the core, it will show the strength of the Snapdragon 8+ Gen1 platform.

The Xiaomi 12T Standard Edition features a 6.67-inch 1.5K resolution screen with a center-perforated straight screen design and support for on-screen fingerprint recognition. 12T is equipped with the MediaTek Dimensity 8100 Ultra processor, and a high-frequency version of the Dimensity 8100.

In terms of imaging, the Xiaomi 12T Standard Edition has a 20-megapixel selfie camera on the front and three rear cameras: a 108-megapixel main camera, an 8-megapixel ultra wide-angle camera, and a 2-megapixel depth-of-field camera.