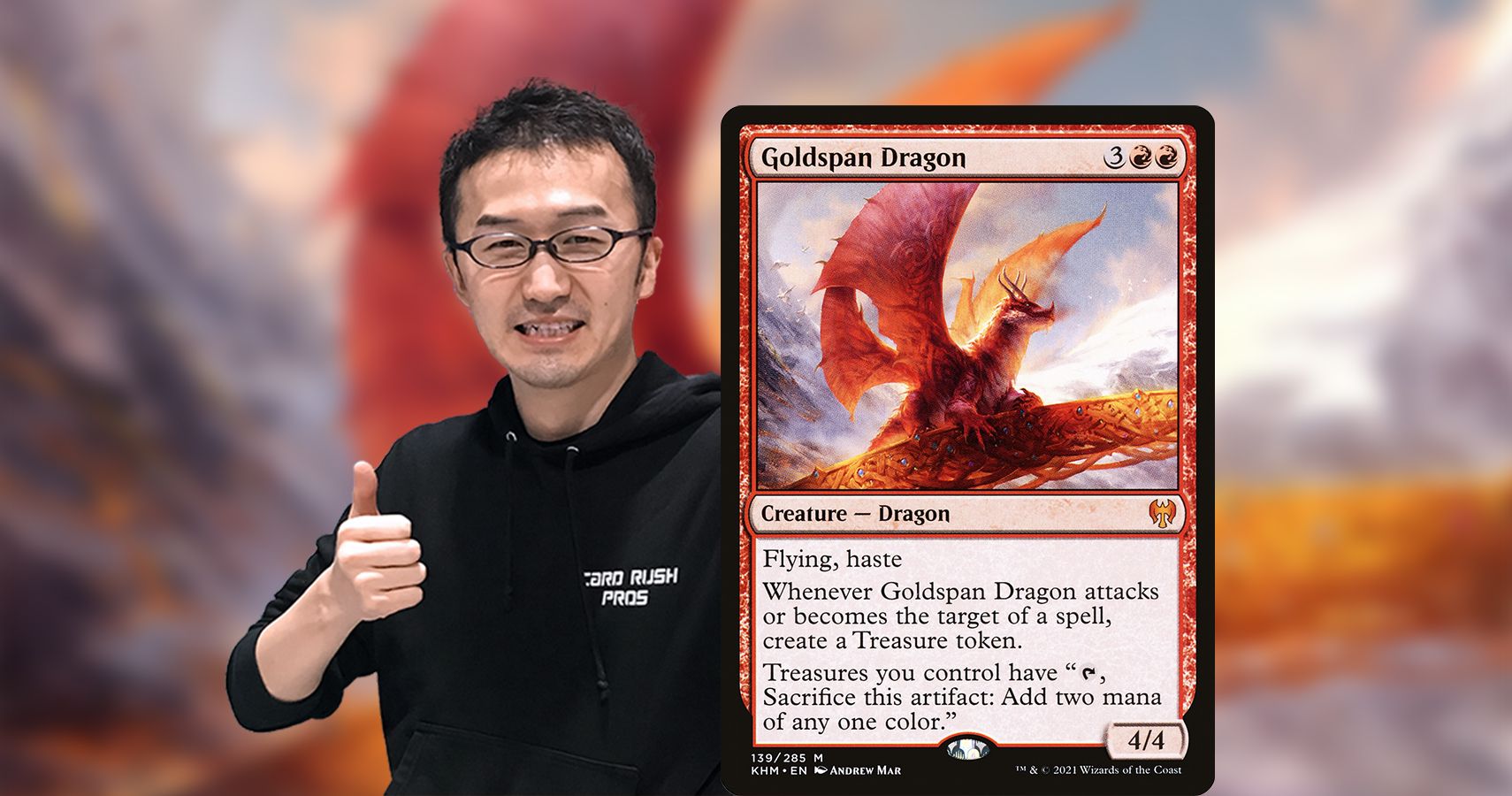 Magic the Gathering has crowned this year’s World Champion, with Yuta Takahashi bagging an almost flawless victory at the XXVII World Championships.

Though Takahashi struggled in the first day’s limited tournament, going zero for three, in the Standard format he absolutely stormed it. One day two, he secured his spot in the top four with a clean sweep of seven wins and no losses.

RELATED: Magic: The Gathering Standard Rotation Explained: What Is Leaving Standard And When?

In the finals, he had to face Jean-Emmanuel Depraz and his Temur (red/blue/green) Treasures deck twice: first, Takahashi knocked him into the lower bracket by defeating him in the top four, only for Depraz to beat the previous favourite to win, Izzet (red/blue) Epiphany player Ondřej Stráský, and scrape through to the finals. Unfortunately for Depraz, it was a decisive victory for Takahashi in the finals, ultimately winning with a ten to zero win/loss ratio.

Takahashi’s deck was Izzet (red/blue) Dragons, which combined some control elements like Jwari Disruption, Negate and Saw It Coming with a handful of powerful dragons and Dragon’s Fire to deal big damage. Despite only having eight creatures in the entire deck, cards like Expressive Iteration and Memory Deluge made finding them easy enough.

On top of winning the title, Takahashi took home $70,000, a guaranteed place in the 2022 World Championships, and will appear on a card released in the next year. The previous winner, 2019’s Paulo Vitor Damoa da Rosa, appeared on Strixhaven: School of Page’s Elite Spellbinder. As runner up, Depraz won $40,000. Every player in the top 16 was also paid a $50,000 appearance fee.

This World Championship has been utterly dominated by the impact Alrund’s Epiphany has had on the format since Standard rotation last month. The spell, which allows you to take an extra turn, appeared in all but one deck to use blue in the top 16, with eight of them being ‘Epiphany’ decks focused on using and re-using it as much as possible. Takahashi was one of only two blue players to not put the maximum allowed number of Alrund’s Epiphany into his deck, running three instead of four. As bans are often made on a card’s performance at tournaments like this, it’s likely we’ll be seeing a ban for Alrund’s Epiphany very soon.