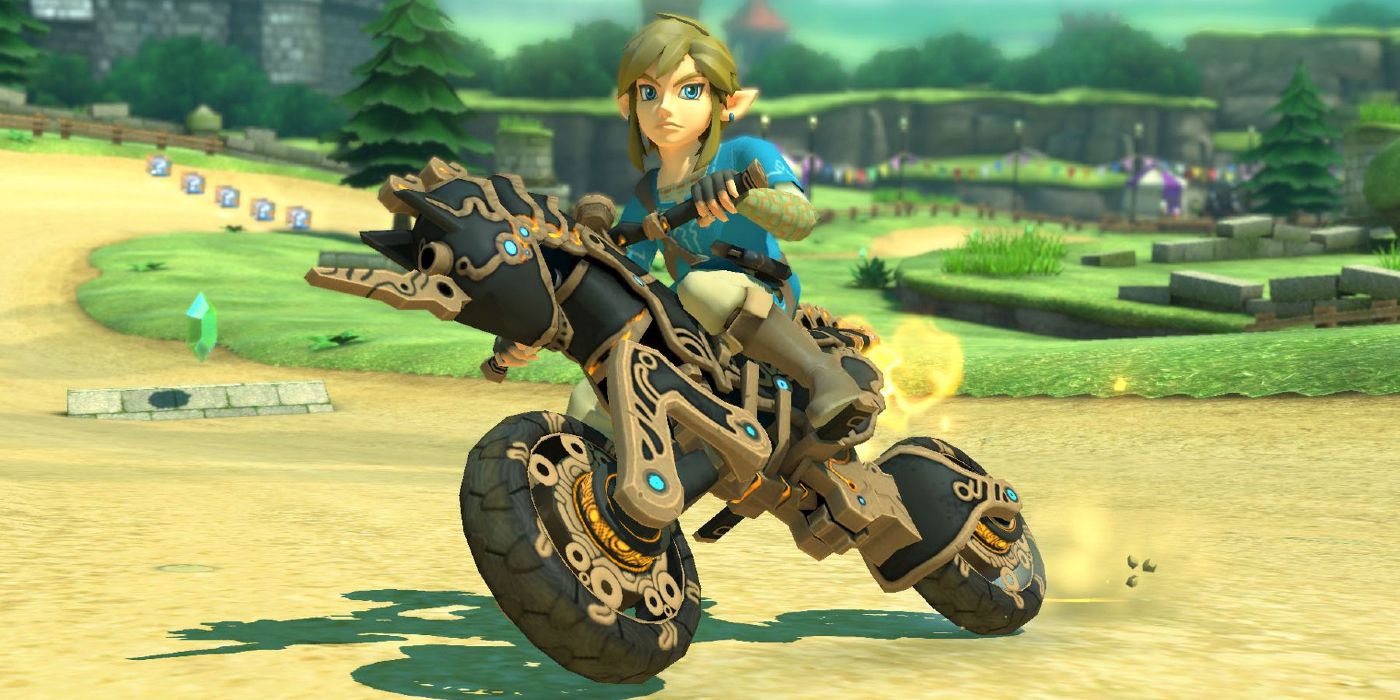 As nearly every entry in the storied Legend of Zelda franchise takes place in a new version of Hyrule, they introduce locations, items, characters, and more that become iconic in their own right. Breath of the Wild is no exception, and in fact may have more iconic elements than most given its radical changes to the Zelda formula. However, one that The Legend of Zelda: Breath of the Wild 2 should build upon wasn’t introduced in the base game.

Breath of the Wild was a launch title for the Switch in March 2017, and its two-part Expansion Pass released over the rest of that year. “The Master Trials” DLC in June included the Trial of the Sword quest to upgrade Link’s Master Sword, a Master Mode difficulty to make repeat runs through Hyrule more challenging, and unique cosmetics based on series’ history like Majora’s Mask and a Tingle costume. “The Champion’s Ballad” DLC in December 2017 was more substantial, introducing a new narrative quest with added Shrines to learn more about the four Champions of Hyrule.

RELATED: Fi Could Tie The Master Sword Into Zelda: Breath of the Wild 2’s Plot

At the end of The Champion’s Ballad, Link gains access to a new Rune that calls Master Cycle Zero: a Divine Beast for the hero that, for all intents and purposes, is a cool motorcycle he can use to get around quickly. The Master Cycle has become a stand-out addition to the franchise’s iconography and already appears in multiple games, which means Breath of the Wild 2 should update its capabilities or add a completely new tool that usurps its power.

The Master Cycle is Already an Icon of Switch Zelda Games

The Champions’ Ballad DLC may include new cutscenes that benefit Mipha, Daruk, Urbosa, and Revali‘s characterization, but its name is kind of a misnomer given it ultimately exists to provide Link with new tools. Its story takes place after he quells the four original Divine Beasts, only to discover the Shrine of Resurrection where he slept for 100 years is an actual Shrine with Monk Maz Koshia at its center.

Once Link completes the Monk’s quest and defeats him in a unique boss battle, he gains access to the Master Cycle. Hyrule’s four Divine Beasts are based on animals; Vah Ruta is an elephant, Vah Rudania is a salamander, Vah Medoh is a bird, and Vah Naboris is a camel; so Master Cycle is no exception. It looks and acts like a horse, which is fitting for Link’s Divine Beast considering Breath of the Wild eschews his reliance on Epona and instead lets players tame their own steeds. For all its benefits, the only real downside to Master Cycle Zero is players have to fuel the machine with materials gathered across the land.

Following its introduction in Breath of the Wild, Nintendo announced DLC for Mario Kart 8 Deluxe that includes bike parts styled after Master Cycle Zero and a variant of Link wearing his blue Champion’s Tunic. Mario Kart 8 and its Switch re-release are unique to the series for adding other Nintendo characters ala Super Smash Bros., with Animal Crossing and Splatoon also represented. However, going back and adding Breath of the Wild-specific DLC with Master Cycle Zero was more than just an inspired crossover choice; it set the stage for more to come.

RELATED: Zelda: Breath of the Wild 2 Needs to Address the Champions’ Descendants

Koei Tecmo’s Hyrule Warriors: Age of Calamity released in late 2020, acting as a sort of prequel to Breath of the Wild in the style of its hack-and-slash Dynasty Warriors franchise. While there’s a lot more to the game than being a simple prequel, what’s important is that multiple waves of DLC are still being released. The first wave, “Pulse of the Ancients,” came out June 18, 2021 and includes Zelda riding Master Cycle Zero as a playable character (joining Maz Koshia from the base game). If Nintendo is still interested in revisiting this item, it’ll undoubtedly do so in Breath of the Wild 2.

A lot is uncertain about Breath of the Wild 2‘s narrative, mechanics, and connections to the first game. Nintendo still does not want to reveal Breath of the Wild 2‘s title, as that alone contains significant details. Link holds the Master Sword in trailers for the sequel, but given Breath of the Wild‘s open nature even this does not reveal what all will be considered “canon.” Nintendo could even learn from developers like BioWare and make player choices carry over, though nothing is revealed as of this writing.

That being said, assuming Link rescues all four Divine Beasts from the influence of the Blight Ganons before taking on Calamity Ganon feels like a safe bet. Breath of the Wild‘s DLC is less likely to be canon, but with the prevalence of Master Cycle Zero in other areas there’s the chance Nintendo wants it to return. It could even become part of Link’s basic toolset alongside the upgrades to his Runes. This would completely devalue equestrian mechanics, but is a sure sign of Link’s growth that may not even be particularly overpowered from the start.

One thing fans know about Breath of the Wild 2 is it appears to take notes from Skyward Sword; Link travels across floating islands that have broken away from Hyrule due to the influence of a mummified figure below Hyrule Castle. A motorcycle probably won’t help reach these new heights unless given upgrades or more prominant jump ramps, so Link could instead get a brand-new means of transportation.

Something like a small hot air balloon might be perfect for Breath of the Wild‘s existing physics engine. Sky Octorok’s were added in Master Mode, serving as living balloons that elevate platforms for other enemies to attack and hide loot. The Octo Balloon is an item with a similar purpose that Link can place on things to make them float. Giving a vehicle the functionality of flying at different altitudes with fuel seems like a great offshoot or upgrade to Master Cycle Zero, one that would be perfect to see in Breath of the Wild 2.

The Legend of Zelda: Breath of the Wild 2 releases in 2022 for the Nintendo Switch.

MORE: The Case for Save Data Transfer in Zelda: Breath of the Wild 2