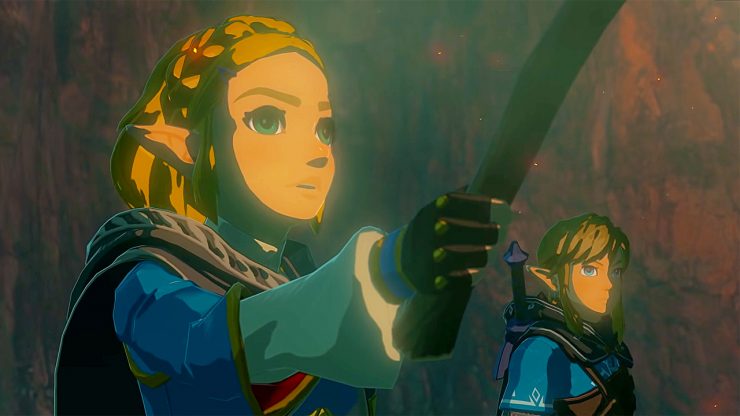 When is The Legend of Zelda: Breath of the Wild 2 (or whatever it ends up being subtitled) finally going to arrive? It’s been over two years since Nintendo announced the sequel, and they’ve remained maddeningly vague about when the game might come out beyond a vague 2022 release window. Could Nintendo surprise us with an early 2022 release? Or, on the other end of the spectrum, could the game slip further into 2023? Well, according to a new hint from a longtime industry insider, it seems the reality may lay somewhere between those two points.

On the latest episode of the Nintendo Voice Chat podcast, IGN’s longtime editor-in-chief and now chief content officer Peer Schneider let slip that we’ll likely be playing the Zelda: Breath of the Wild sequel in November of 2022. Apparently, Schneider picked up this crucial information while chatting with industry members following The Game Awards, and it seems Nintendo is prepping a big 2022 in general…

I was able to hang out with some people from the industry [after The Game Awards] and it does sound like Nintendo is going to have a pretty good next year. So, I would not take the absence of big stuff at [The Game Awards] as a sign that maybe Breath of the Wild is delayed or that they don’t have other stuff, because it sounds like… people at Nintendo are very excited about 2022.

Of course, take this all with a grain of salt for now, but a holiday 2022 release would certainly make sense for the Breath of the Wild sequel. For those who haven’t been keeping up with the latest, recently discovered patents may hint at some of the game’s mechanics, including the ability to phase through objects and “rewind” certain elements of the world.

For now, all we know for sure is that The Legend of Zelda: Breath of the Wild sequel launches on Nintendo Switch sometime in 2022.

The post Zelda: Breath of the Wild 2 Reportedly Coming Holiday 2022 to Cap a Big Year for Nintendo by Nathan Birch appeared first on Wccftech.