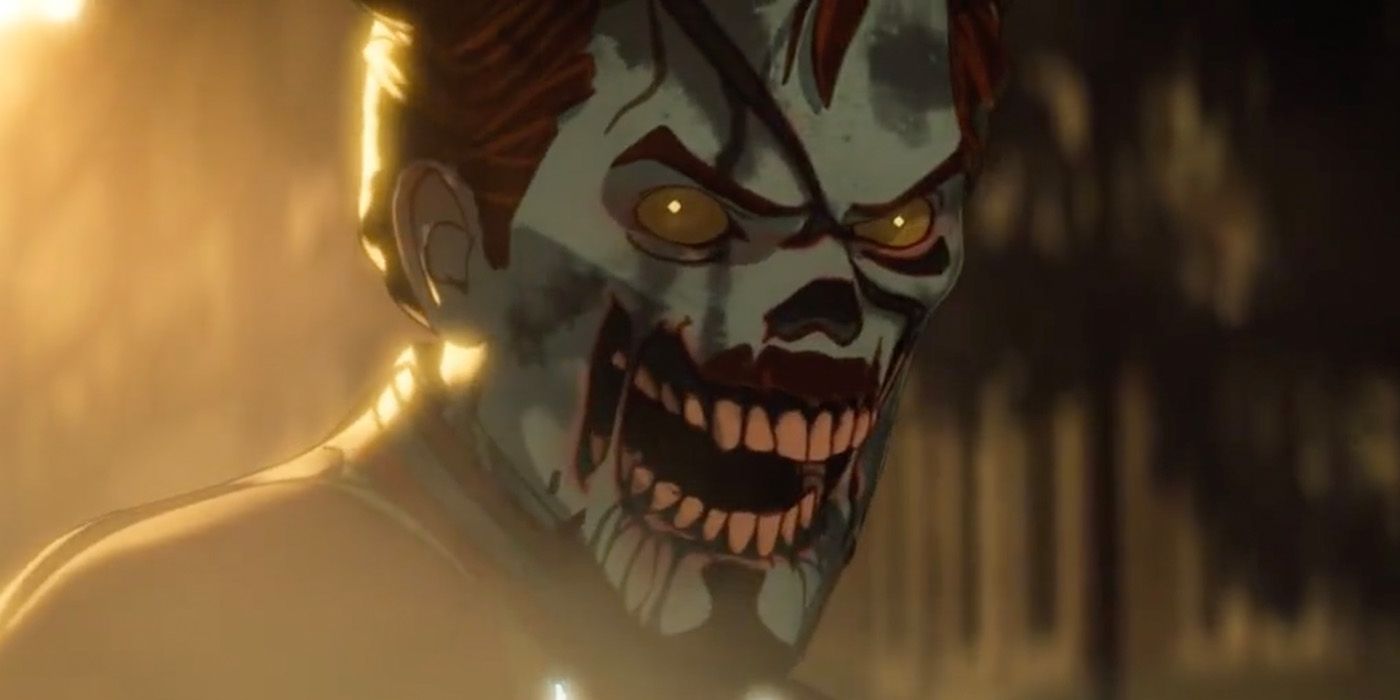 Mark Ruffalo shares a new clip for Marvel’s What If…? episode 5 finding Bruce Banner being saved by a zombie Iron Man in the animated series. Created by A.C. Bradley, the latest Marvel Cinematic Universe Disney+ series is based on the anthology comics of the same name in which alternate realities are explored in regards to certain characters and moments. The show specifically explores variations of the MCU itself, including Peggy Carter becoming the supersoldier Captain Carter, T’Challa being abducted from Wakanda by the Ravagers and becoming the new Star-Lord and Stephen Strange losing girlfriend Christine Palmer in the car accident and becoming the evil Doctor Strange Supreme as he attempts to turn back time and save her.

What If…? features the return of a majority of stars from across the MCU, including Ruffalo as Bruce Banner/Hulk, Benedict Cumberbatch as Doctor Strange, Hayley Atwell as Captain Peggy Carter and Chadwick Boseman in his final performance as T’Challa/Black Panther. Four episodes in and the series has seen similarly high acclaim from critics as its fellow Disney+ MCU shows Loki, WandaVision and The Falcon and the Winter Soldier. As episode 5 nears its arrival, one star has offered an exciting tease of what’s to come.

After teasing the post-credits scene of Shang-Chi and the Legend of the Ten Rings and celebrating the film’s success on Twitter, Ruffalo shared the first clip from What If…? episode 5. The clip acts as a subtle recreation of the opening of Avengers: Infinity War in which Banner faces off against Ebony Maw and Cull Obsidian in New York with the Hulk refusing to come out, though finds himself saved by a zombified Bruce Banner as well as Dr. Strange and Wong. Check out the clip below:

The Marvel Zombies comic storyline is considered one of the most iconic outside of the main canon for its large roster of characters and made the announcement that What If…? would explore this story an exciting draw for both comic book fans and MCU viewers alike. The first posters for the episode teased the zombified arrivals of Captain America and Hawkeye, the former of whom was previously seen in an early trailer for the series, but the confirmation of a zombified Iron Man and seemingly Strange and Wong also marks for an interesting development for the episode. With merchandise previously revealing that Spider-Man would become a zombie hunter in the episode, there is a lot of anticipation going into its debut tomorrow.

Episode 5 of What If…? also marks an interesting note for the series as it is the first time a character seen in a previous episode is returning for a story after Ruffalo’s Banner/Hulk was previously seen in episode 3’s recreation of The Incredible Hulk. With Zombie Hunter Spider-Man confirmed to be voiced by someone other than Tom Holland and the nature of the virus leaving it unclear whether the undead are capable of speech, it’s unknown whether the zombies teased thus far will be voiced by their respective actors, a few of which have also appeared in previous episodes. Only time will tell when What If…? episode 5 premieres on Disney+ on Wednesday.

More: The MCU Explains Why Tony Stark Can Never Be Revived