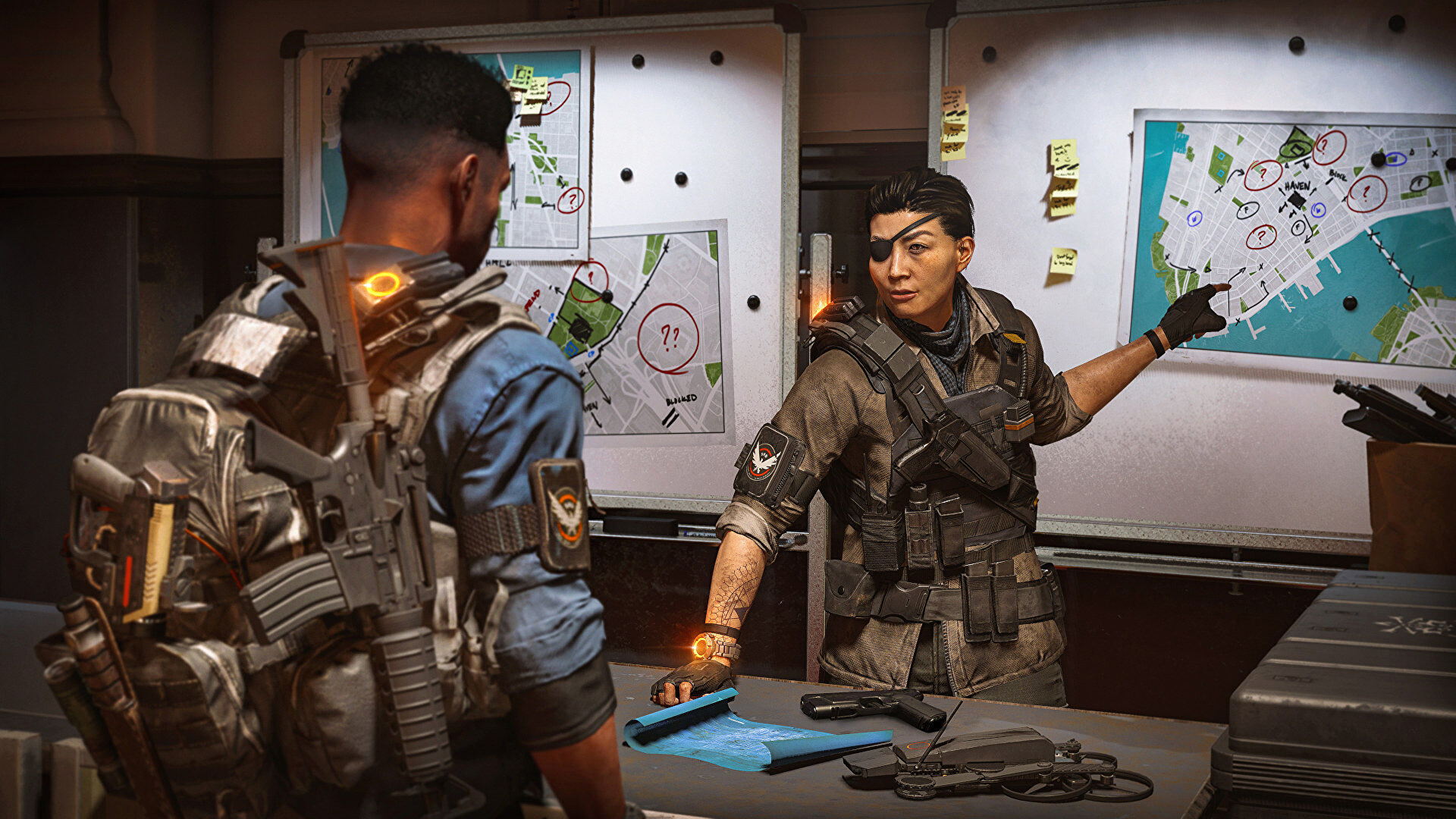 Ubisoft CEO Yves Guillemot once said that Tom Clancy’s The Division 2 being absent from Steam was “a long-term positive”. Perhaps he meant that only in the sense that, long-term, the game would come to Steam anyway. That’s what has happened now. As announced late last year, the open world cover shooter is now available … Read more 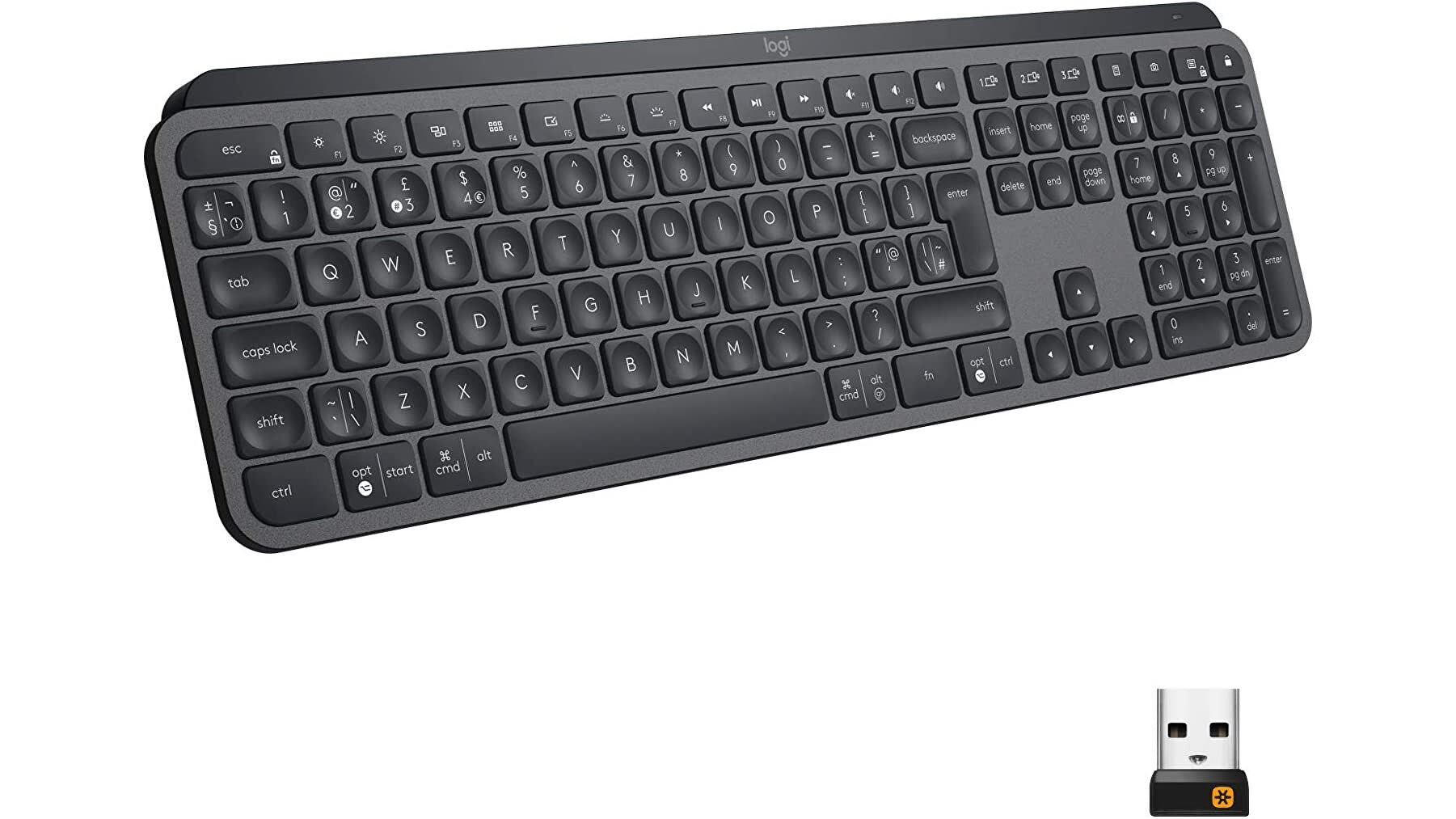 I’m a sucker for mechanical keyboards, but I don’t discriminate against high-end membrane or scissor switch boards either. One of the best non-mechs I’ve tried over the last few years has been the Logitech MX Keys, which is available in a compact MX Keys Mini model or as the full-size MX Keys. Today, the full-size … Read more 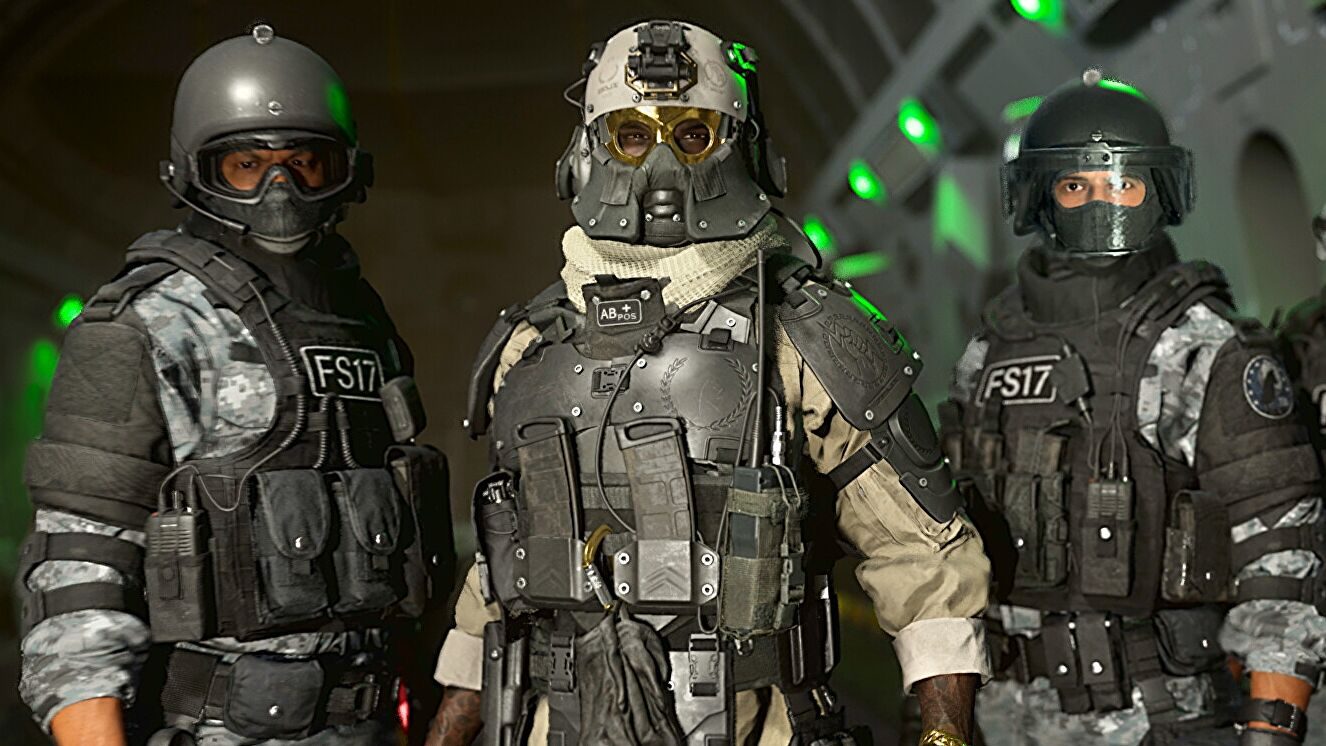 Call Of Duty: Warzone 2 and Modern Warfare 2 multiplayer both begin Season 02 on February 15th, and the battle royale will see the return of the first Warzone’s 1v1 Gulag. Raven Software and Infinity Ward have shared details about how that’s going to work in a new blog post, along with some info about … Read more 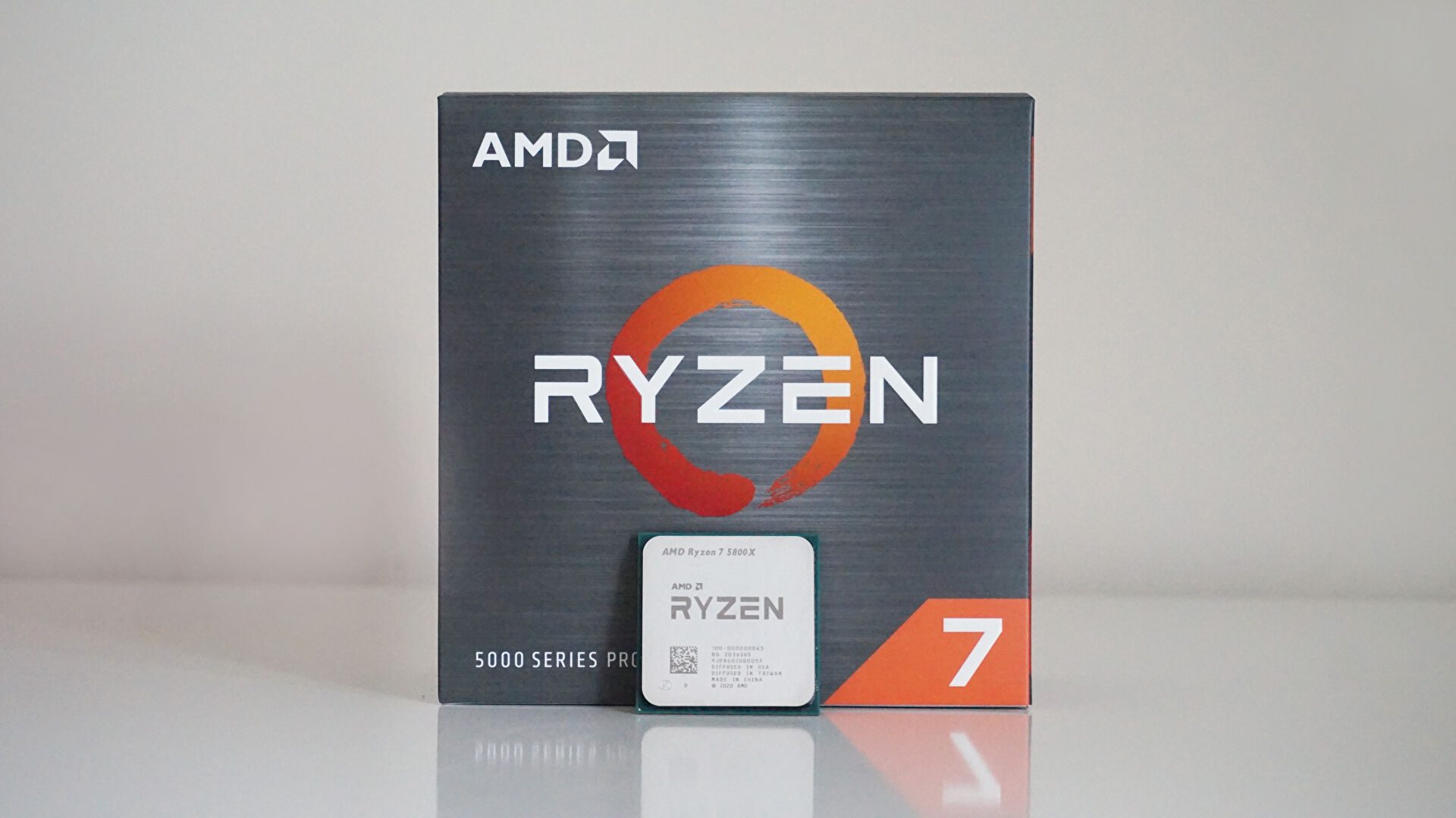 The AMD Ryzen 7 5800X has dropped again on Amazon UK, this time to £200 when you buy stock from Amazon EU. That’s £20 below the next-best price and a fair deal for a strong eight-core 16-thread CPU for gaming and content creation. Read more Original Article 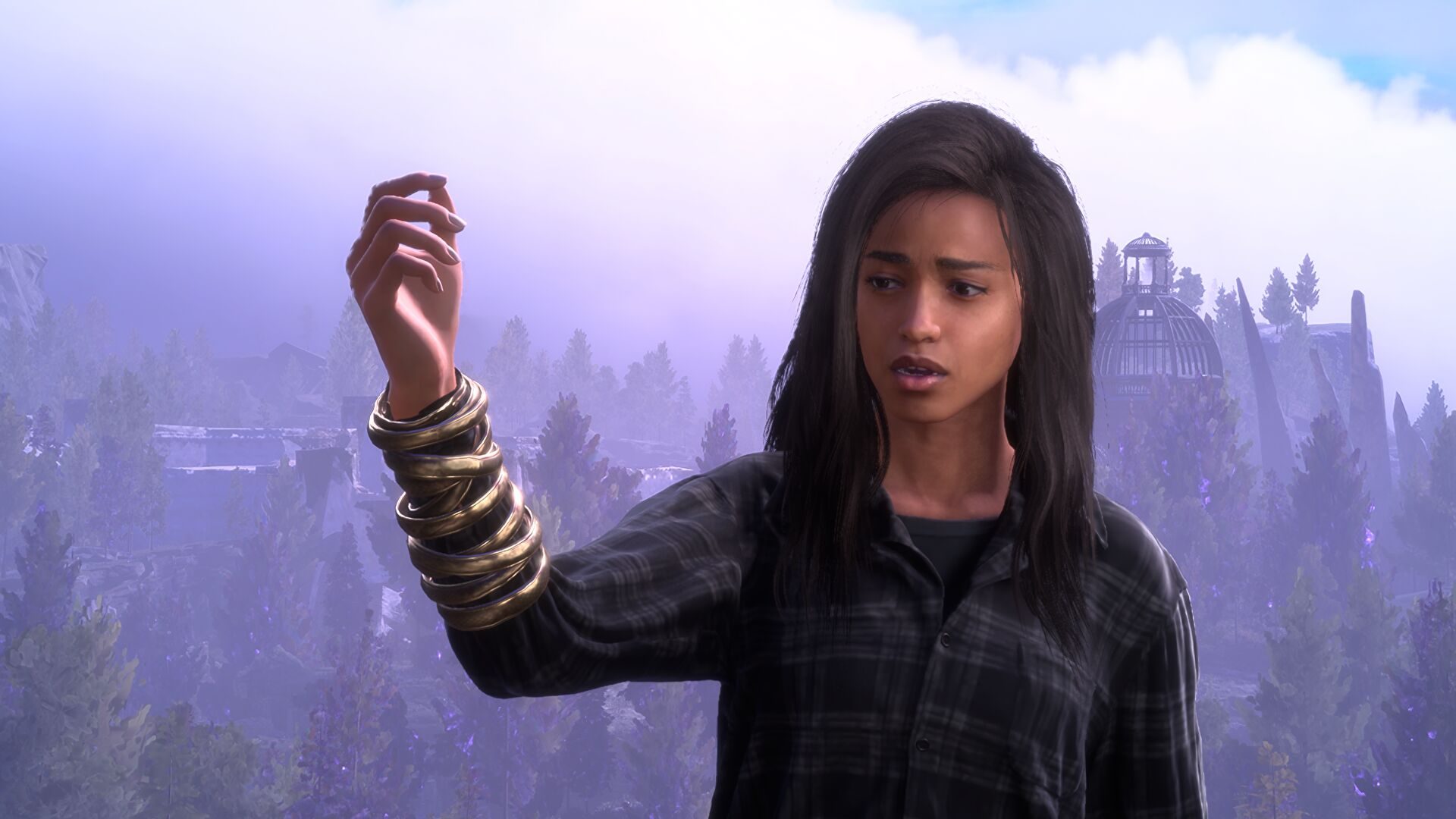 It turns out Forspoken has bigger problems than some badly-landing bantz. The PC version absolutely brutalises low-end hardware, an issue compounded by its high yet often unhelpful system requirements, and framerate drops and stuttering remain common even on some of the best graphics cards around. Your best chance of a smooth ride in Forspoken lies … Read more 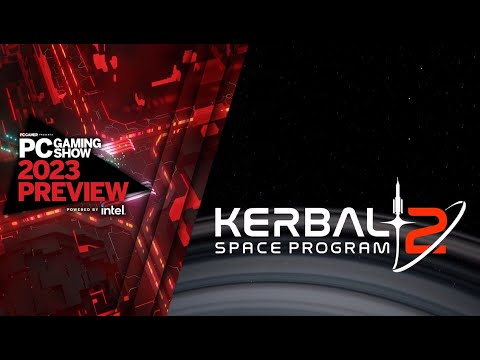 Audio player loading… Kerbal Space Program is releasing a series of tutorials in the weeks leading up to the February 24th, 2023 release of Kerbal Space Program 2 (opens in new tab). Rather than explicit game tutorials, however, these are primers in the very basics of spaceflight presented for those who might not be rocket … Read more 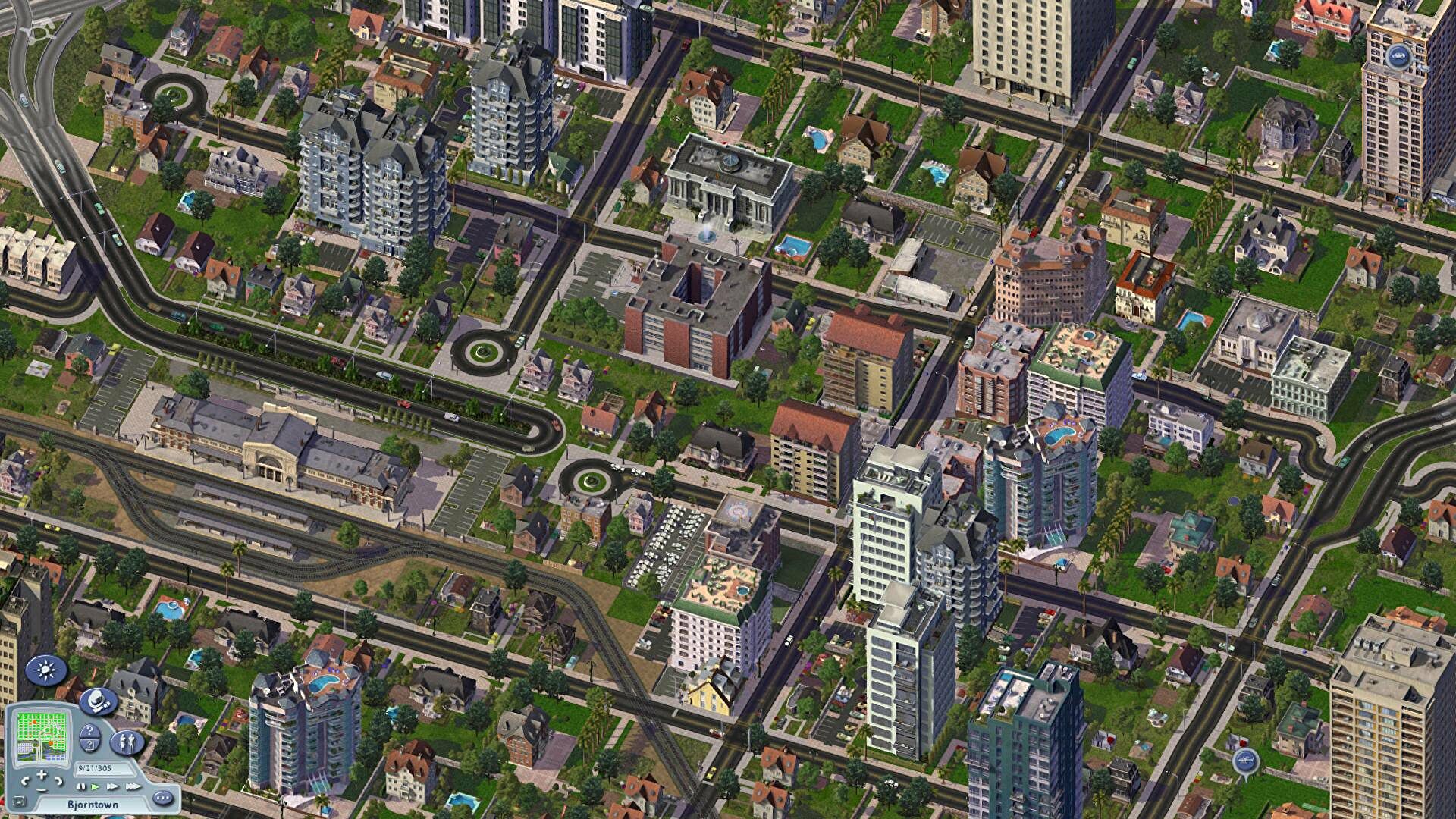 When it was released on January 14th 2003, SimCity 4 had its problems. Its huge cities would chug on even decent PCs, for one, and its traffic simulation seemed outright broken. Twenty years later – thanks to faster PCs, the Rush Hour expansion, and a huge modding community – SimCity 4 is the best of … Read more 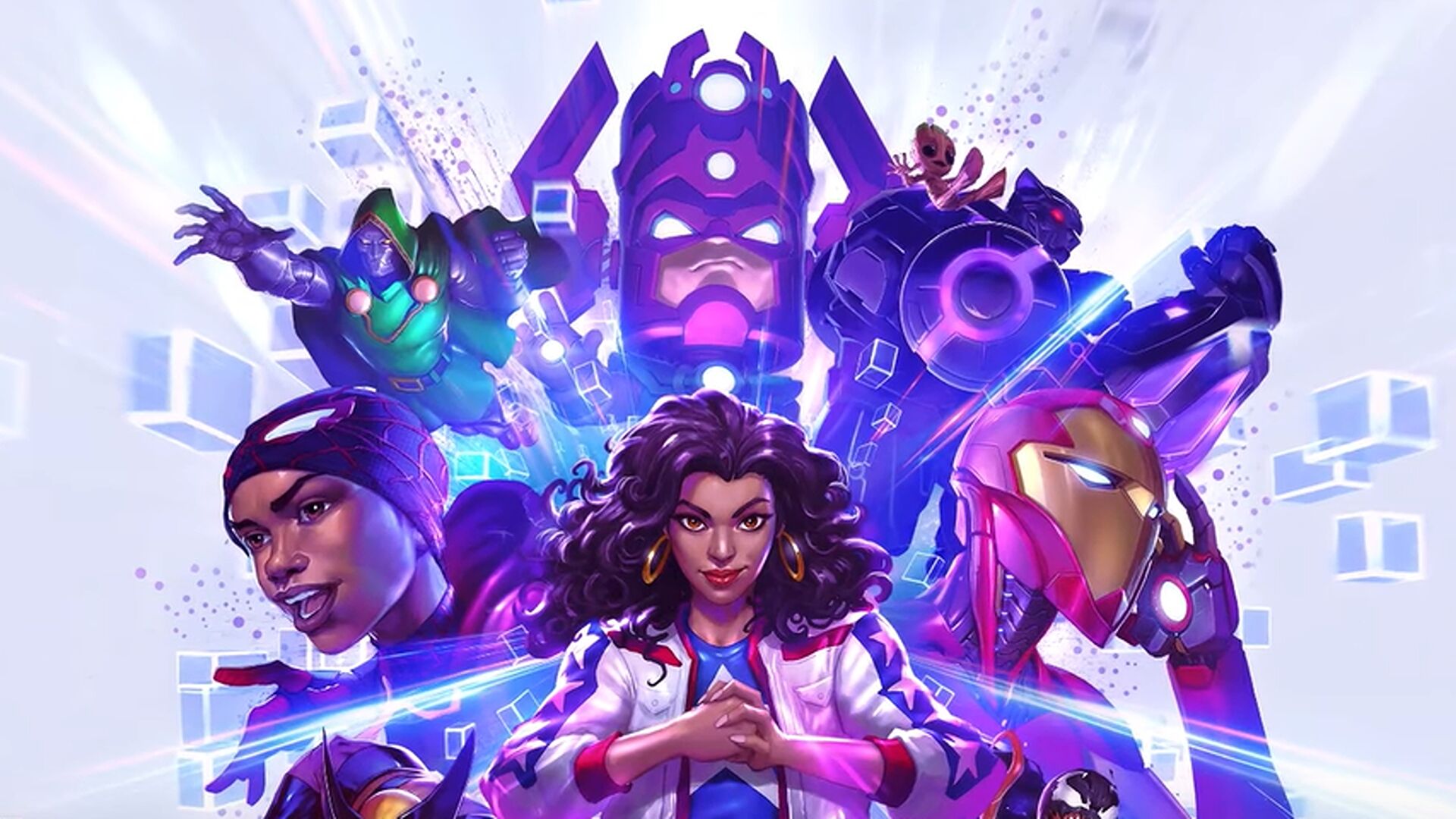 Marvel Snap is excellent, and when you first start playing it chucks new cards at you faster than a confused magician. That slows down once you’ve got a few hours under your utility belt, but developers Second Dinner have some changes in the works that should make rarer cards easier to snag. If you’re saving … Read more 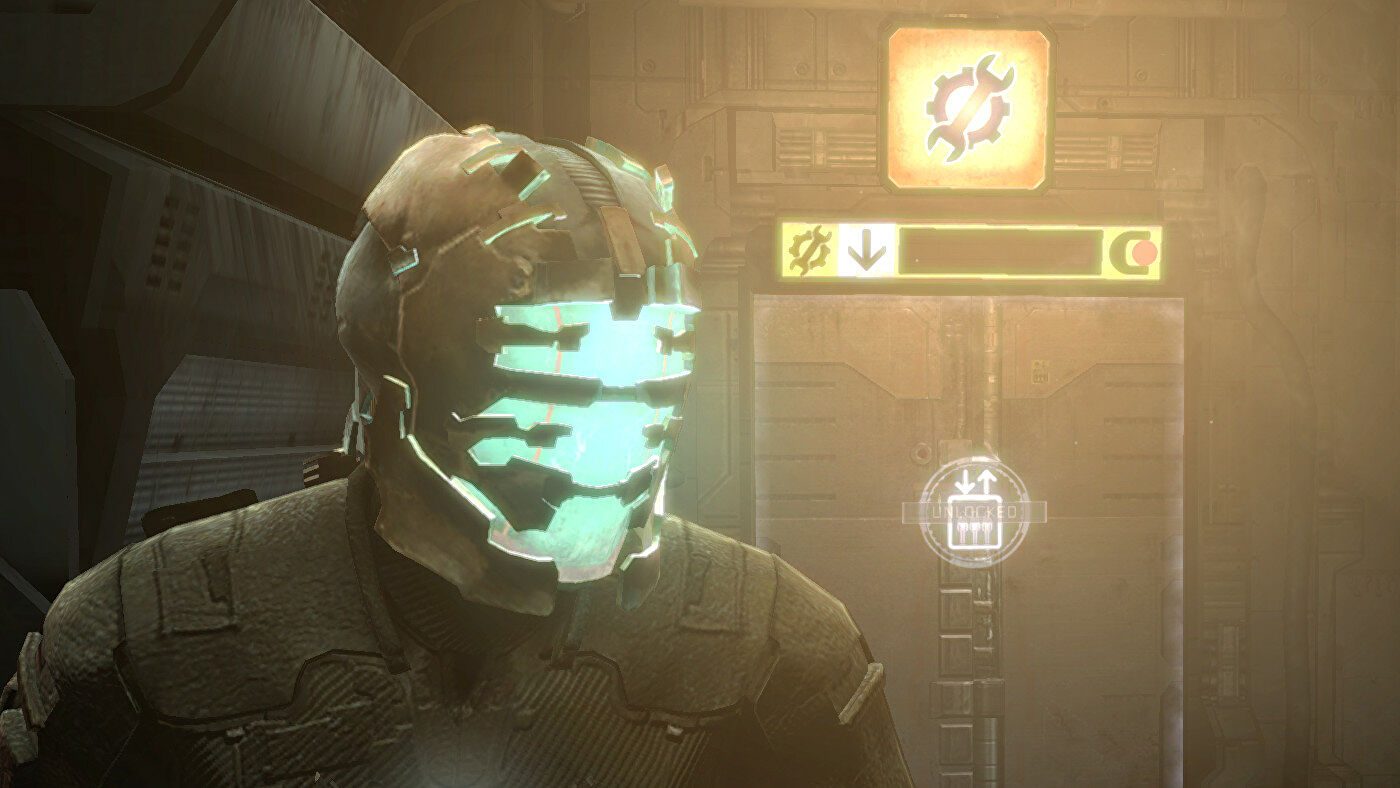 Our Dead Space remake review and the associated excitement has me wanting to check out the sci-fi survival horror again, but not quite enough to pay £50 for a new version of a game I already own. So I reinstalled the game I already own. Turns out, after a few vital (yet easy) tweaks and … Read more 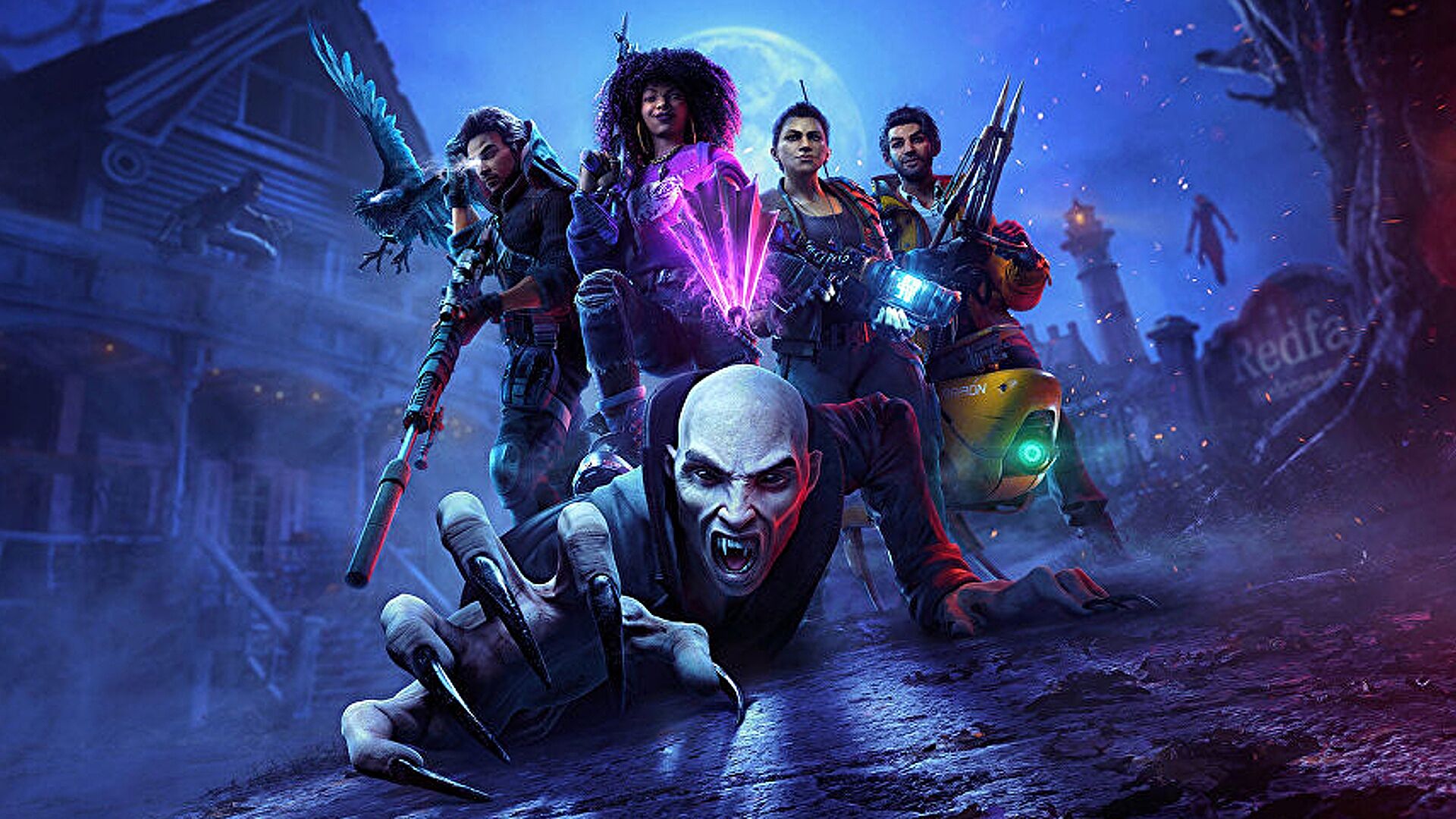 The rumours were true: Microsoft will indeed be showing off Arkane’s co-op zombie shooter Redfall on January 25th, while saving Starfield for a presentation all of its own at a later date. All the other details were spot on, too. The show’s called Developer_Direct, and will also include a peek at new regions in The … Read more 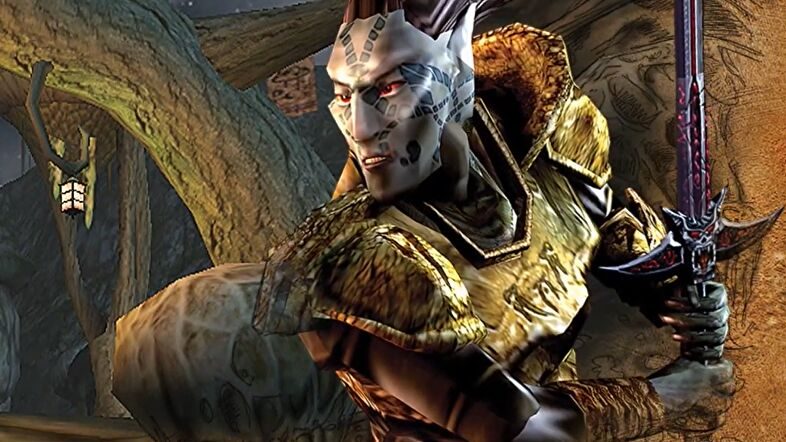 February might be the shortest month, but this year it’s jam-packed with free games for anyone with an Amazon Prime membership. There’s nine games up for keepsies over the course of the month, with The Elder Scrolls III: Morrowind GOTY Edition standing out at the front of the pack from February 2nd. Members will also … Read more 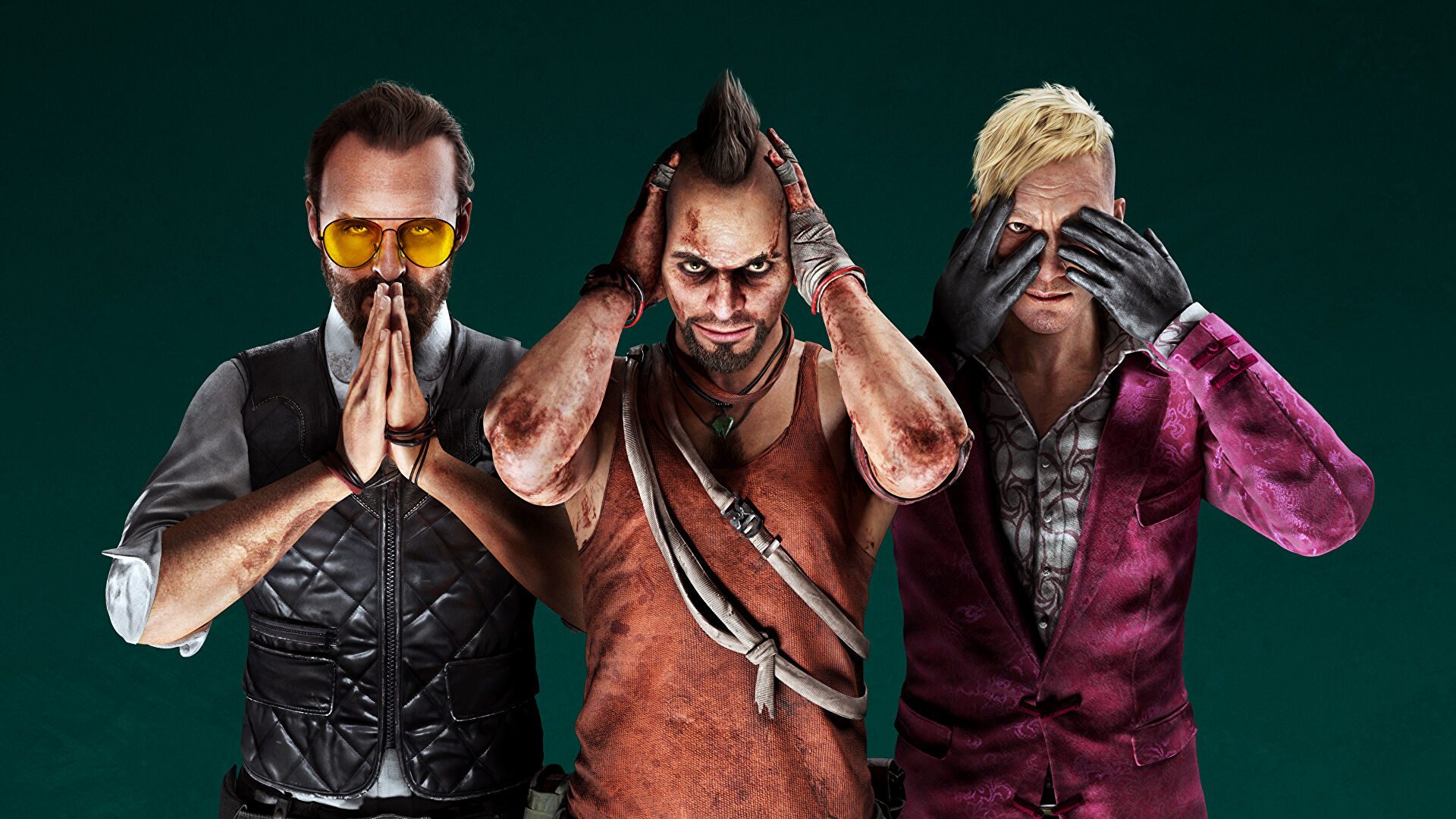 Ubisoft are working on two new Far Cry games, according to a new report, including the next mainline entry, Far Cry 7, and a standalone multiplayer offshoot from the series. Sources told Insider Gaming that the pair of games were originally just one project, but have since been split into separate single-player and multiplayer games. … Read more 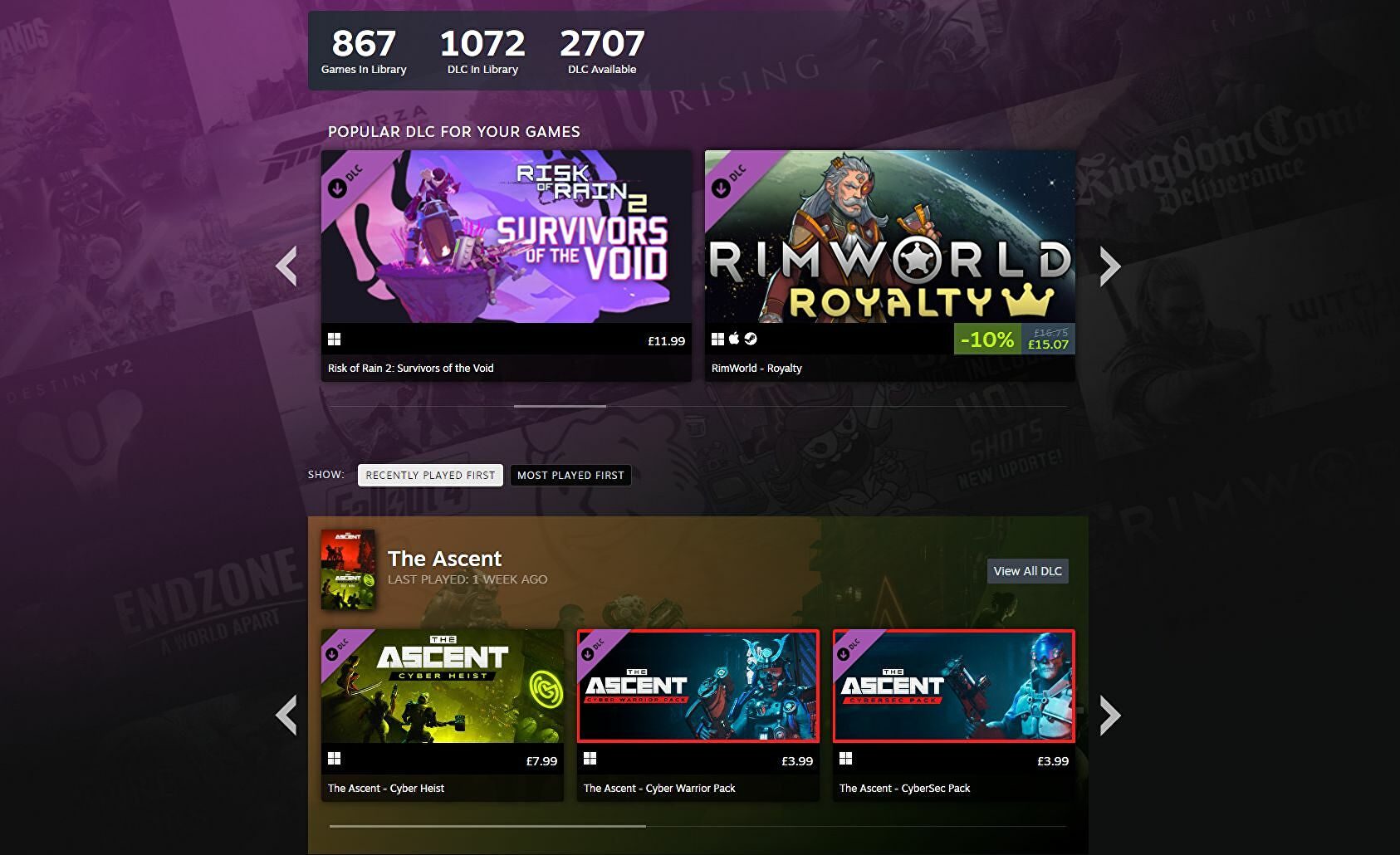 Steam’s various discovery hubs are normally designed to steer you towards new games you might like to buy. The latest experiment from Steam Labs, however, is a DLC Discovery Hub. It offers up a tailored list of additional content you might be interested in for games you already own, and prioritises those you’ve played recently … Read more