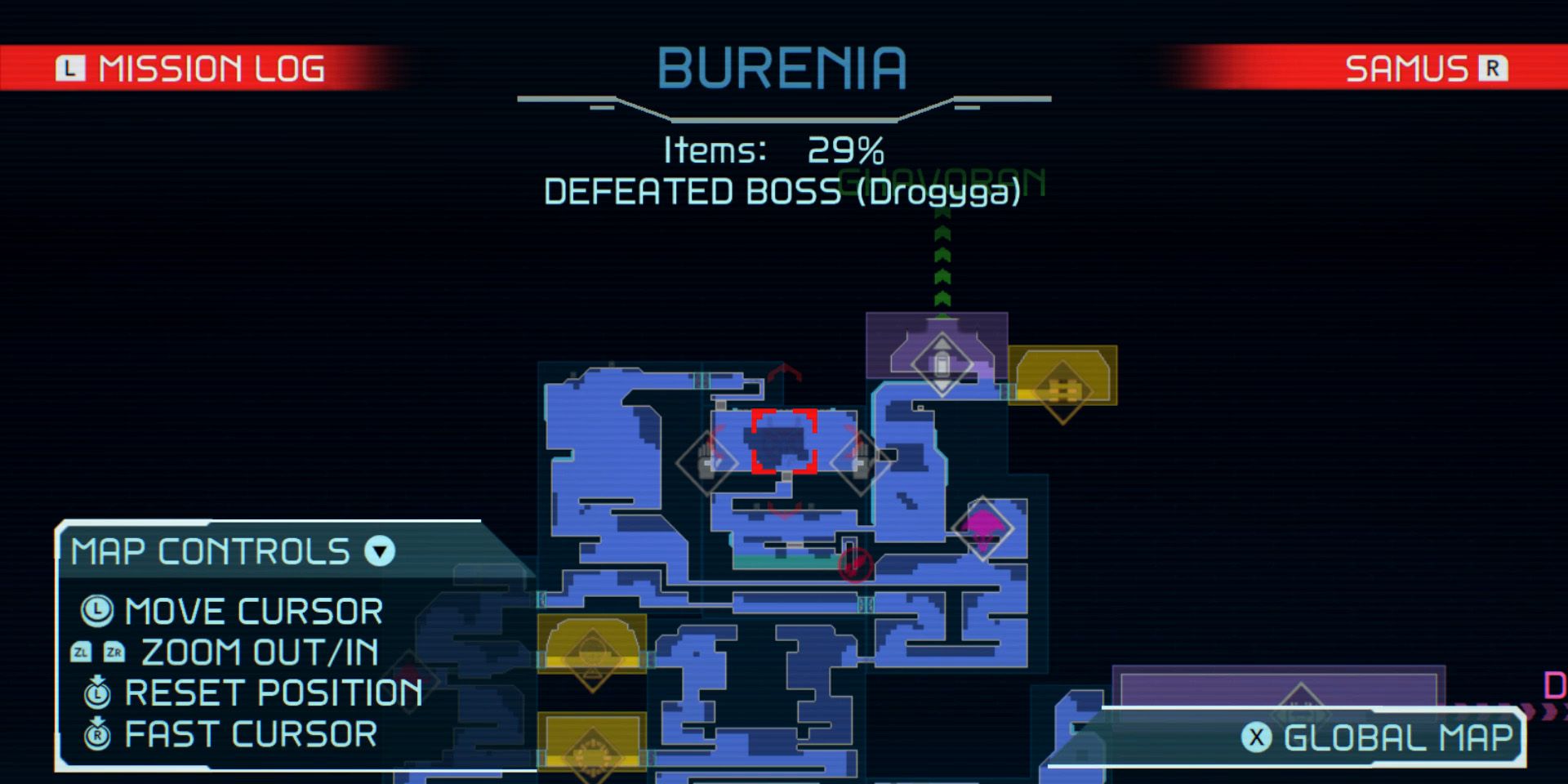 Having to navigate an underwater section in a Metroid game without Samus’ Gravity Suit is an incredibly daunting prospect. Having to defeat a boss while in this state is really quite another though. Thankfully, the fight with Drogyga, which takes place in the Burenia section of Metroid Dread, is actually a relatively straightforward one; at least once players understand how it works, anyway.

RELATED: Metroid Dread: How to Beat the Kraid Boss in Cataris

Like most of the other major bosses in Metroid Dread, the fight with Drogyga is made up of two separate phases, although this time they are both incredibly similar. What’s more, the boss’ attacks are fairly predictable once players have seen them a couple of times, making this fight a test of players’ memory and reflexes more than anything else.

The fight with Drogyga takes place in a large chamber to the north of Burenia. To reach it, players will need to have found the Grapple Beam and must use it to make their way to the top of the chamber to the left of the boss room. After countering and destroying the boss door, they’ll need to use the Grapple Beam to pull out a blue block and should then head into the newly accessible Morph Ball tunnel.

How to Beat Drogyga (Phase 1)

During the first phase of the fight, Drogyga only has access to two attacks. The first of these sees the boss fire out three colorful balls of energy, which will slowly fall down onto Samus. The two blue ones can be destroyed with either missiles or charged shots and will provide players with health and missiles. The red one, however, cannot be destroyed and will need to be avoided.

Every once in a while, Drogyga will raise its tentacles and cross them in front of its body, which signifies that it’s about to attack using them. The two tentacles will then be flung at Samus one after the other and players will need to jump over them to avoid taking damage. The first tentacle will shake just before attacking, while the second will attack almost immediately after the first.

While all of this is going on, players should be targeting the glowing pink tentacle above the boss’ head. Hitting this tentacle with enough charged shots and missiles will lead to a green light appearing to the left of the area. Players should hit this with another charged shot so that the water partially drains and then use the Grapple Beam to grab onto the blue panel that’s directly above them.

This will take Samus to the other side of Drogyga, where players will need to fire a charged shot at another green light to finish draining the water. They’ll then be able to attack the boss’ core with missiles and can get a few extra shots in by making the most of the counter opportunity that follows soon after. Doing so will allow them to end the phase in a single cycle, while missing it will likely necessitate a second.

How to Beat Drogyga (Phase 2)

The second phase of the Drogyga battle is a lot like the first. The only major differences are that its energy ball attack now consists of two red balls and one blue and it also gains another tentacle attack. The latter is a horizontal swipe involving three tentacles that can only be dodged by grappling onto the blue panel above. Players will know exactly when this is coming, as the tentacles will appear a few moments before the attack.

Though the second phase of the fight is definitely a bit more challenging than the first, the strategy for overcoming it remains largely the same. Players should again be able to defeat Drogyga in just a single cycle, after which, the boss will shrivel into a giant black mass in the background.

The Reward for Beating Drogyga

Unlike previous bosses, there’s no reward whatsoever for defeating Drogyga. In fact, at first glance, there’s not even a way to escape the boss room. By making their way to the center of the room to the spot in front of what was once Drogyga’s face, however, players will fall through a hidden passageway and can then use the Grapple Beam to return to the previous area.