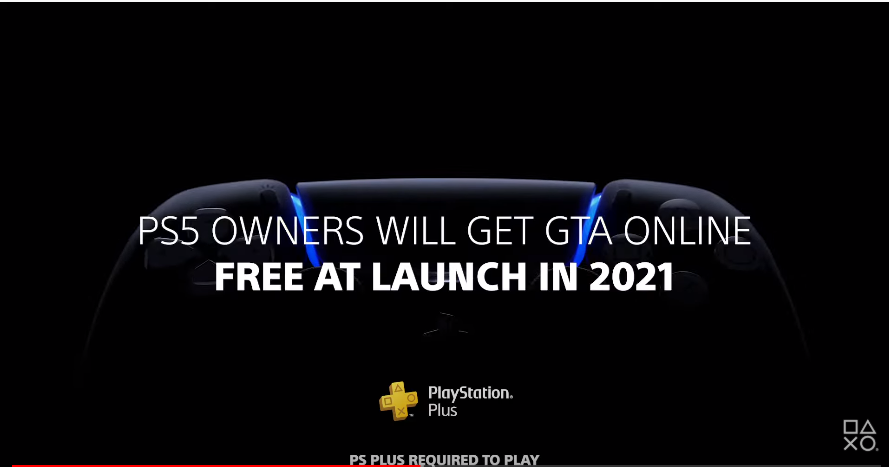 The PlayStation 5 reveal event has been and gone, and as we scour over each piece of information and re-watch trailers, new pieces of information are coming to light. The first game shown was a next-gen version of Grand Theft Auto V, which will launch alongside a standalone iteration of GTA Online, made available for free during its first three months. PlayStation users will get various perks, and the GTA reveal also showed that PS Plus will continue into next-gen.

During Sony’s presentation, a title card announcing the GTA Online free launch period also included the PlayStation Plus logo, and the phrase “PS Plus required to play.” This means that the PS5 will, like the PS4 before it, embrace an annual subscription service for online play.

What’s less clear is whether PS Plus subscribers will receive free PS5 titles at launch, as was the case with the PS4. However, it seems likely that GTA Online can be claimed by non-subscribers, and then potentially played later if they subscribe.

This isn’t particularly unexpected, but there might be some who were anticipating an overhaul of the PlayStation’s online system to compete with the PC market, where subscription services are not required for online multiplayer. This does not appear to be the case.

Here’s our first look at the new PS5 design. Despite having seen the system and some of the games we’ll be playing on it later this year, we’re still not sure of the price or release date of the system–Sony has promised that these details will come later.