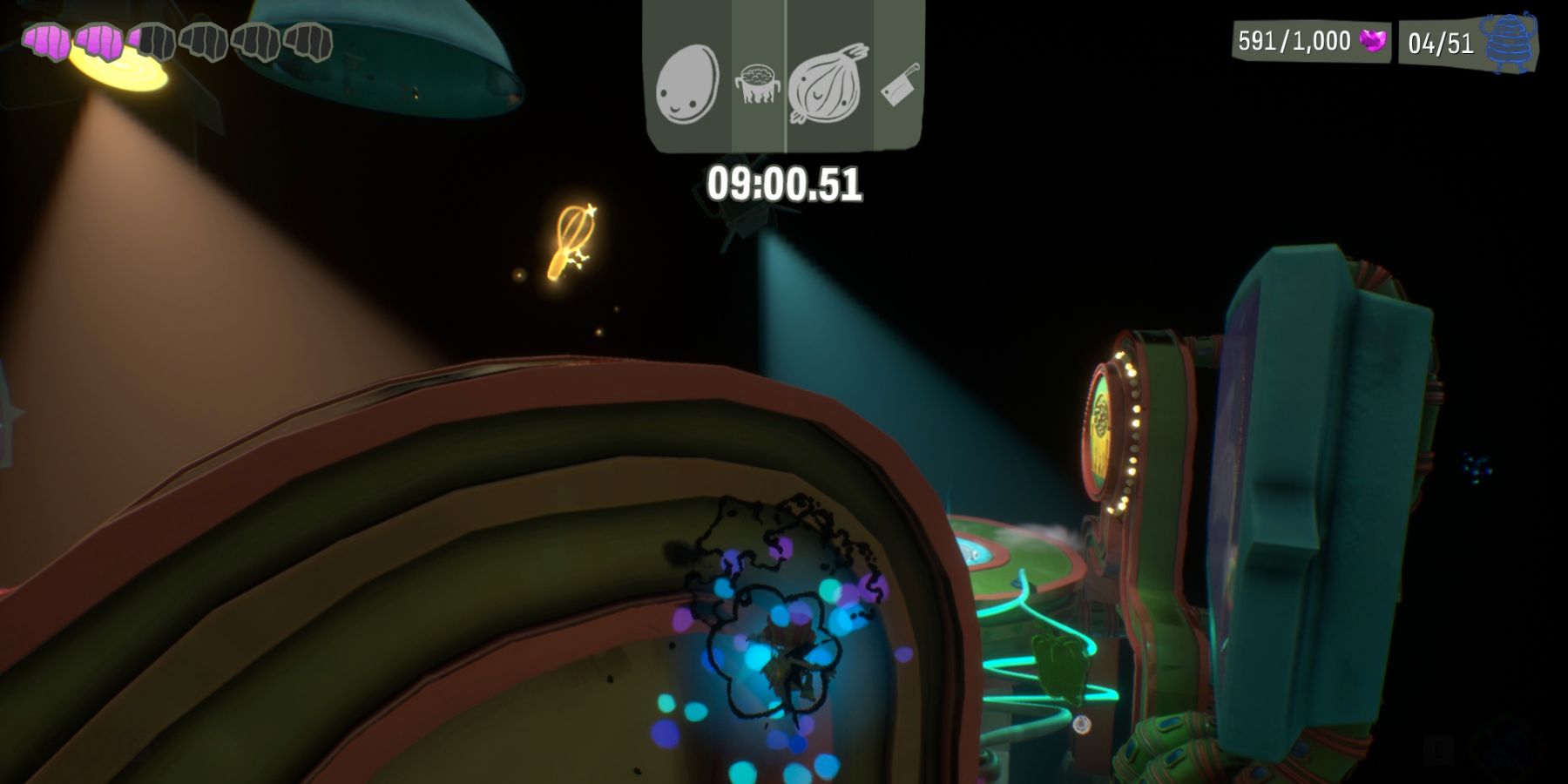 That includes former Psychic Six member Compton Boole, who players encounter once they're permitted to leave the Motherlobe after finishing Hollis' Hot Streak and reuniting with Ford Cruller. Compton's mental palace may be much smaller than others in the game, although it's densely packed with collectibles, offering two Nuggets of Wisdom, two Half-A-Minds, and two Memory Vaults to collect. Here's where to find every single one.

RELATED: Psychonauts 2: How to Find Rare Fungus for Lili

Nugget of Wisdom number two can be found next to the Froggy Flipper. The player should follow the walkway of stoves leading up to the cooking appliance and look to the left just as they're about to reach the top. The Nugget of Wisdom will be sitting on a platform with a slide leading back to the main stage. Jump across to secure the trinket.

The first Memory Vault in Compton's Cook-Off shouldn't be too difficult to come across, with the fleeing safe hiding in plain sight. Head over to the base of the blender to find the vault sitting in the open area. Break it open to access a short story reel and add it to the collection.

As for the second Memory Vault, it's located over by the Pork Chopper. Head to the pig-themed kitchen utensil and look to the left of its pull-back arm. The second Memory Vault will be on a slightly descended ledge attached to the platform. Break it and access the final story reel in the level.

With all six collectibles accounted for, players will be that much closer to reaching the coveted 100% rating on Compton's Cook-Off. All they'll have to do is hunt down the five pieces of Emotional Baggage hidden throughout Compton's mind.

Psychonauts 2 is out now PC, PlayStation 4, Xbox One, and Xbox Series X.