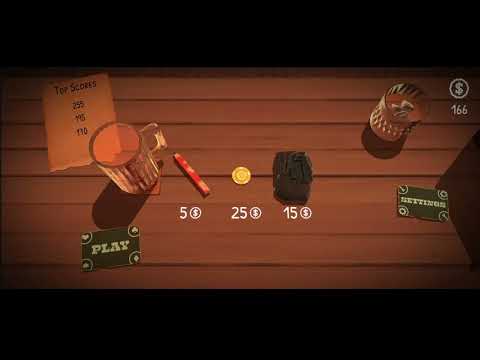 If you haven’t been keeping up with the best new Android games this week, don’t worry. We’ve searched high and low for the most recent additions in the Android game world. This week’s been an exciting one for brand-new games. Down below is where you’ll find our handpicked choices from this week – hopefully you’ll like them as much as we do!

Each week we’ll report on the new games and shine a light on those that you may have missed out on. The best new mobile games this week are Pine Tar Poker, Maze Defenders, 1 Bit Survivor, North Kingdom, and The Alliance Alive HD Remaster.

Pine Tar Poker is a card game, except things get weird. You might be familiar with the cards, though it gets a bit more complicated when bird skulls, magical runes, alcohol, and tarot cards get thrown into the mix. Fortunately, there’s a bartender around who is very helpful.

You might be calling on a few unnatural forces to win your games here, though if you can get the upper hand, why not?

It’s quirky, and unusual, and the art style is really nice, so it’s worth a look.

You can pick up Pine Tar Poker on Google Play.

Miko Era is an MMORPG that leans toward the casual side. You hop in an pick one of four different classes before hopping into a world of myths and monsters. Your character is one of the few people who are able to perceive the demons that wander around the world, and as such it’s up to you to try and tackle them in combat.

It’s a low-stress game with some cool monster design ideas.

You can get Miko Era – Twelve Myths now from Google Play.

A very cool-looking tower defense game that puts you in control of constructing the worst possible experience for the enemies coming to attack you.

You’ll be building mazes to make progress difficult and installing various devious tower contraptions to harm anyone picking a fight with you. Don’t get too comfortable though, because your enemies can, and will, smash through barriers to get to you.

You can get hold of Maze Defenders via Google Play.

It’s not looking good. The country is infested with mutated monsters and in 28 days a nuke will launch, wiping nearly everyone out. You think about giving up, but then, a stray cat takes a liking to you. You need to keep going to keep him safe.

1 Bit Survivor is a great-looking roguelike about traveling across the country with your car and your best buddy Leo the cat. You need to reach a bunker before nuclear armageddon. This means making stops to look for fuel and facing whatever is lurking out there.

North Kingdom is a cute little tower defense game that puts you in control of a castle in a bit of trouble. Waves of enemies try and storm your keep and your try and keep them off. There’s a campaign mode, and a survival mode too.

What makes us love this over a lot of other tower defense titles? It’s totally free and there are no annoying ads. It also won’t bug you for an internet connection. Just nice, simple, straightforward casual play.

If you’re keen to try it out, you can find North Kingdom on Google Play.

A JRPG gem has finally made it to Android this month, and we couldn’t be happier about it. The Alliance Alive might not have the brand recognition of something like Final Fantasy, but it certainly gives you a great experience and a genuinely compelling story.

The world has been overtaken by powerful creatures called daemons. Humans are trapped at the bottom of the social hierarchy. Weather patterns are messed up, and no-one has seen the sun in years.

With a little help from your friends, maybe you can do something about that.

So, that’s our handpicked top six best new Android games this week. Think we’re on the right track? For our favourite, The Alliance Alive HD wins on a content basis, though one sad look from 1 Bit Survivors’ Leo might change our minds. We are ready to die for that cat.

Looking for something to play all these on? Check out our news on the new Android gaming phone, the Nubia Red Magic 8 Pro.