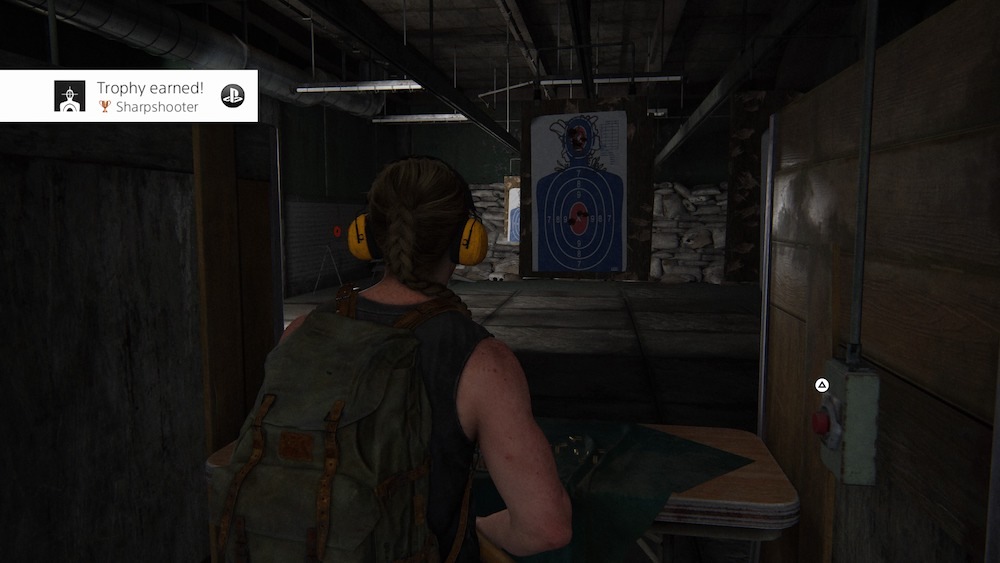 There are a whole bunch of Trophies to find in The Last of Us Part 2. Many of them are linked to your skills as a scavenger, requiring you to scour the world for collectibles, weapons, workbenches, and other items and elements you can use to make yourself stronger and more survivable. A few, however, are about more story-focused moments, and they’re easy to miss if you don’t know they’re happening. That can prevent you from earning TLOU2’s Platinum Trophy.

Lucky for you, we’ve tracked down every Trophy in The Last of Us Part 2 and we know exactly how to earn them. The guide below will point out where you can unlock each one. Be warned that this is spoiler territory, however, so go at your own risk. Any information you see beyond this point is liable to reveal story elements to you that are best discovered on your own.

Looks Good On You Trophy

You can get this trophy during the first flashback you play through with Joel and Ellie. The scene takes place in a museum, where the pair can visit a number of exhibits. Right after you enter the first room of the museum, you can find a brown hat on a rack, which Ellie will wear. As you wander through the dinosaur exhibit, you’ll then get the opportunity to put the hat on the various skeletons, and then take it back off.

While you’re going, pay attention for a chance to ask Joel to get him to try it on. You’ll want to move slowly through the exhibit and interact with all the dinosaurs, because the prompt to get the Trophy is contextual and you won’t want to miss your opportunity by going too quickly. After putting the hat on two or three skeletons, you should get an optional prompt to put the hat on Joel. Once you’ve done it, you’ll earn the Looks Good On You Trophy.

Before heading out from the stadium, you’ll drop by the armory and pick up weapons. If you spin around from the quartermaster’s table before leaving, you’ll see a shooting range where you can test your guns. You also have a chance for a little friendly competition with Manny. Your goal is to beat him in a shooting contest. The best way to do that is to score all headshots, which isn’t too difficult. Take your time and line up your shots–the assault rifle is probably your best bet for this one because of its larger magazine and faster rate of fire.

The contest isn’t especially difficult to win, and once you do, you’ll earn the Sharpshooter Trophy.

Put My Name Up Trophy

The last hidden trophy pops up during a second flashback in the aquarium. You’ll reach it at the end of the Hostile Territory section, after dealing with Scars in a few abandoned, destroyed buildings. The Trophy is another shooting contest, recalling a similar moment in Uncharted 4. You’ll see a toy bow on the ground in the middle of the aquarium, with a bunch of cardboard targets scattered around the room. The contest has you shooting the targets, with the goal of hitting as many as you can before a timer runs out. You don’t need to be a sharpshooter here. Your accuracy in hitting the target doesn’t matter, and you can shoot them from anywhere. This one is all about speed, but the tough part is in anticipating how much the arrows will drop as your range to a target increases.

A good strategy is to try to spot all the targets before you start the game, so you know where to shoot–especially toward the end, you’re liable to run out of time trying to find your last few targets. It’s a good idea to save right before you start so you can quickly retry to minigame if you run out of time. Earn the high score and you get the Put My Name Up Trophy, completing your hidden collection.