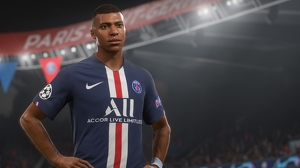 Buried within a FAQ on EA’s website is confirmation that the PC version of FIFA 21 is the same as the PlayStation 4 and Xbox One version – a revelation that has tempered excitement about the series coming to Steam for the first time.

PC gamers – some so in disbelief at the news that they thought it a mistake – were left scratching their heads at the decision. Why would EA Sports not release a version of FIFA 21 on PC that is on par with the PlayStation 5 and Xbox Series X version of the hugely popular football game?

I asked EA for an explanation following the news and have yet to receive a response. Without a explanation, we’re left to speculate. But first, let’s run through what EA has said about the next-gen versions of the game.