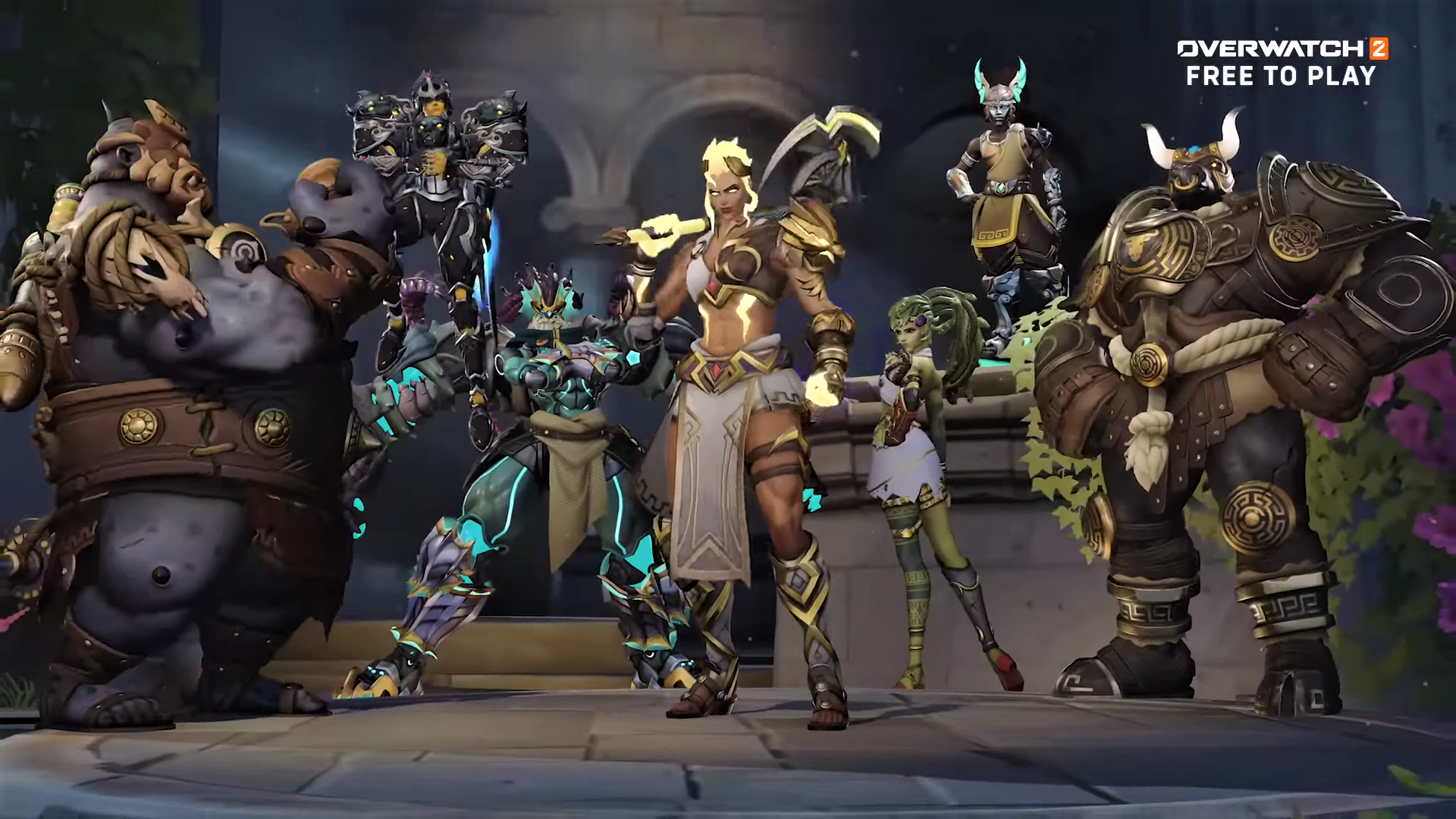 The Battle For Olympus event will bring a bunch of new cosmetics, skins and a limited time mode to Overwatch 2.

This year’s Winter Wonderland event in Overwatch 2 has come to an end, meaning that the festive season is over, at least in the game.

Now, a new event is set to kick off soon, called Battle For Olympus, which goes hand in hand with Season 2’s theme… Greek mythology.

The trailer for this mid-season event has revealed more new skins, cosmetics, and gave you a sneak peek into the limited time mode, so let’s see when everything’s due…

When does Battle For Olympus start in Overwatch 2?

During this time, you’ll get the chance to play a new mode as well as unlock skins for certain characters.

There are already some Greek mythology themed skins in the game, like the legendary-tier Poseidon Ramattra (level 20) and Hades Pharah (level 60).

These skins can be unlocked through the premium version of the battle pass, with the mythic-tier Zeus Junker Queen (level 80) skin being the top reward for season 2.

However, the Battle For Olympus trailer has revealed a bunch of other characters have turned into Greek gods and goddesses.

Which Overwatch 2 heroes will get Battle For Olympus skins?

If you pay close attention, you can spot seven heroes in the Battle For Olympus trailer which will likely take part in the limited time mode of the event.

In fact, their new bundles have also popped up in the first item shop rotation of the year. Here are all the Battle For Olympus hero bundles and what they include:

New voicelines and sound effects will also be added to the limited time mode for each hero, referencing their godlike abilities.

What is the Battle For Olympus limited time mode in Overwatch 2?

The Battle For Olympus limited lime mode will take place on the Ilios map, which takes the form of an idyllic Greek island.

All seven of the characters which have received Greek mythology skins will be featured in this mode, with their abilities being reimagined to fit the theme.

The new mode will come in the form of a free-for-all Deathmatch, meaning the only objective will be to eliminate each other.

To raise the stakes on this epic battle, we’ll be tallying eliminations on a global leaderboard! 🌎 The Hero with the most will be honored with a statue in Ilios!

Ilios is usually a Control map, so it will be interesting to see how the Deathmatch mode will play out on it.

Blizzard also revealed that the hero with the most eliminations on the global leaderboard will be honoured with a statue on the map.

So, if you’re like to see your favourite character immortalised as a Greek deity, you better start stacking up kills early in the event.