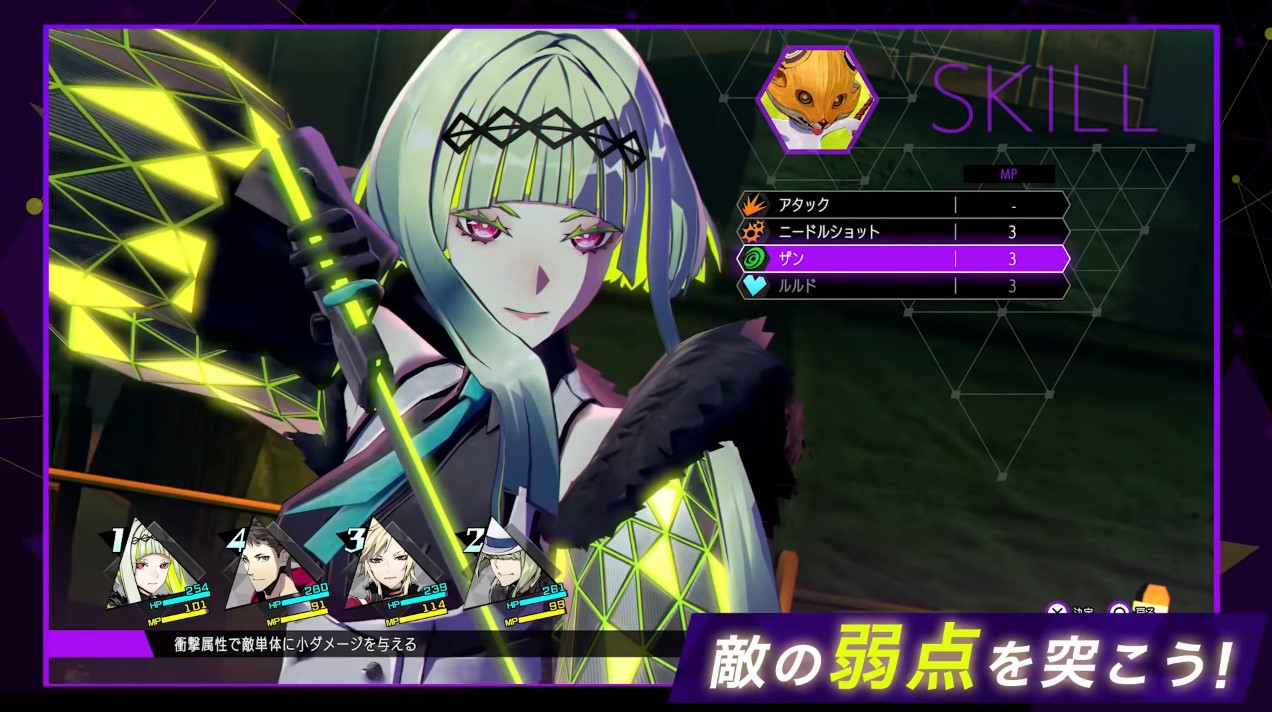 Here’s an alternative video with just gameplay and no commentary:

It’s been 25 years since “Devil Summoner: Soul Hackers”, the popular spin-off that mixed the Shin Megami Tensei series with a sci-fi worldview. Soul Hackers 2 will be released on August 25, 2022!

Inheriting the genes of the Devil Summoner series and Soul Hackers, Soul Hackers 2 will tell a new story of people and technology with a concept that has evolved over a quarter of a century.

The PV released today and the official website with information on the first limited edition, a must-see for fans, are also open. Reservations are scheduled to start on February 22. (Pre-order start time may vary depending on the retailer, so please contact the retailer for details.)

The story takes place in the middle of the 21st century, a little further in the future than now. One day, the supernatural being that watches over the world, “Aion”, detects the end of the world. Aion’s Ringo and Fig descend to the human world to avert the end. However, the target they need to protect has already been killed.

Ringo executes Aion’s special “Soul Hack” ability and revives the target. Given a “second chance,” Ringo and Fig join forces with Devil Summoners who have been revived with regret for their deaths, and pursue a mystery with the future of the world at stake.

Will they be able to avert the crisis of destruction?

Soul Hackers 2 will launch on August 25th in Japan and on August 26th in the west across Windows PC (via Steam and Windows 10/11), Xbox One, Xbox Series X|S, PlayStation 4, and PlayStation 5.