The relationship between adult children and parents is often a troubled one. Even under the best of circumstances, there are probably unresolved issues. The problems are even worse if the adult child is driven or a high achiever. That’s a bit of the territory A Memoir Blue explores.

Cloisters Interactive’s game A Memoir Blue is an artistic-looking point-and-click puzzle game. Through a series of visually distinctive scenes, it examines the relationship of an accomplished young woman with her mother. There’s more to it than that, of course. Miriam is a superstar athlete, a medal-winning diver. Her world is water. Images of water, fish and swimming intrude into nearly every scene. To talk too much about the story beats would ruin the discovery, insights and emotional truths that are the heart of the short game.

The developers call the art style “magical realism.” It morphs between painterly, surreal scenes and simpler, 2D storybook images as the story moves in time. By far, A Memoir Blue’s strongest elements are its visual aesthetic and music. There is no spoken dialogue, but the game’s emotionally direct music does a good job of creating an aural landscape. 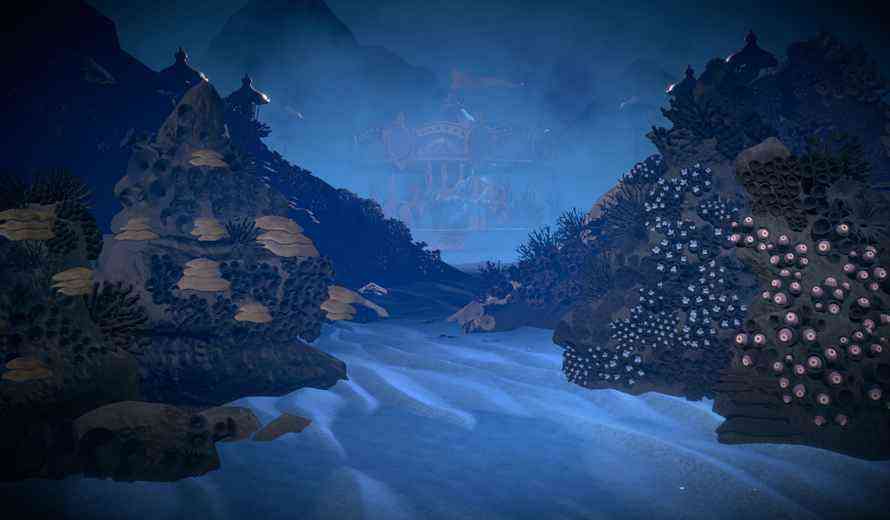 But, Does It Need to Be a Game?

Annapurna Interactive publishes a number of games in the same genre as A Memoir Blue. Games that value theme and style over mechanics. One of my favorites is The Artful Escape. It did a great job of conveying the joy of playing music. Where it fell apart was in some of its mechanics, like combat or jumping. You know, the game part.

While I get that, for many people, jigsaw puzzles provide mindless, relaxing entertainment, they never appealed to me. There’s no creativity. In the end, after a lot of work, the result is a fractured image. Or worse, a fractured image missing a piece or two.

What do jigsaw puzzles have to do with A Memoir Blue? Instead of a directly told, emotionally truthful story, you have an hour long experience broken up by simple puzzles that ultimately do nothing to impact the narrative. It’s busy work, pure and simple, and sometimes it’s even frustrating busy work because the controls don’t always work well. We’re not helping Miriam piece together her memories, because the story is predetermined. We’re just doing things because this is a game and not a movie. 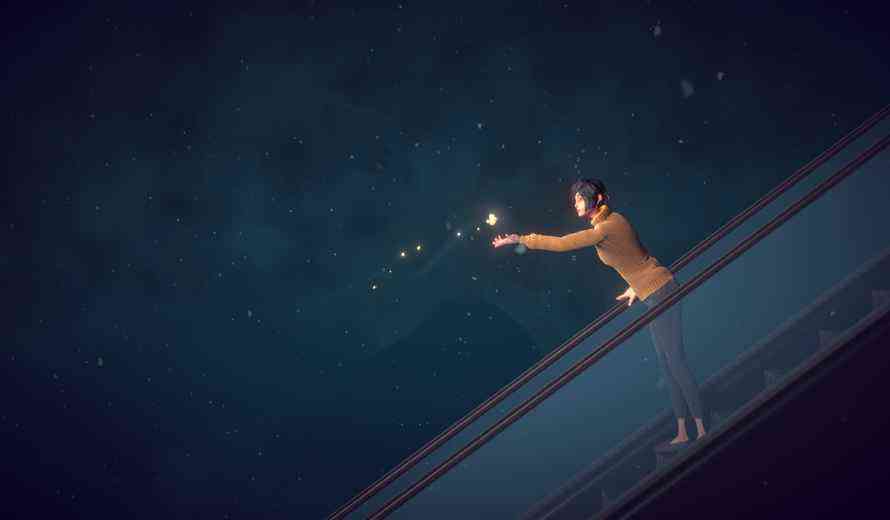 The problem is, we’re not doing anything interesting. We’re clicking on everything in the environment, hoping something reacts so we can move the scene forward. We’re grabbing pieces of wood to build a footbridge. Why? I guess because games demand “interactivity” instead of passive observation. We click on some hauntingly beautiful jellyfish. After a while, the game decides we’ve clicked enough of them to move on. A great short story would not be better if we had to arrange every sentence on the page. Nor could we bear any responsibility or agency for how it came out.

A Memoir Blue has a beautiful, varied visual style, emotionally resonant music, and a sincere — if not terribly deep — narrative. The changing and mysterious relationship of parents and children is relatable. It’s a wonderful story to experience, told via haunting, surreal images. Where A Memoir Blue collapses is in its arbitrary and often unnecessary game mechanics. I get that the main character is trying to make sense of her puzzle-like memories. Pixel hunting and awkward object manipulation don’t make me feel invested or immersed. I’d argue they work against it. A Memoir Blue could and should have been a touching short animated film.

The post A Memoir Blue Review – Going Under appeared first on COGconnected.