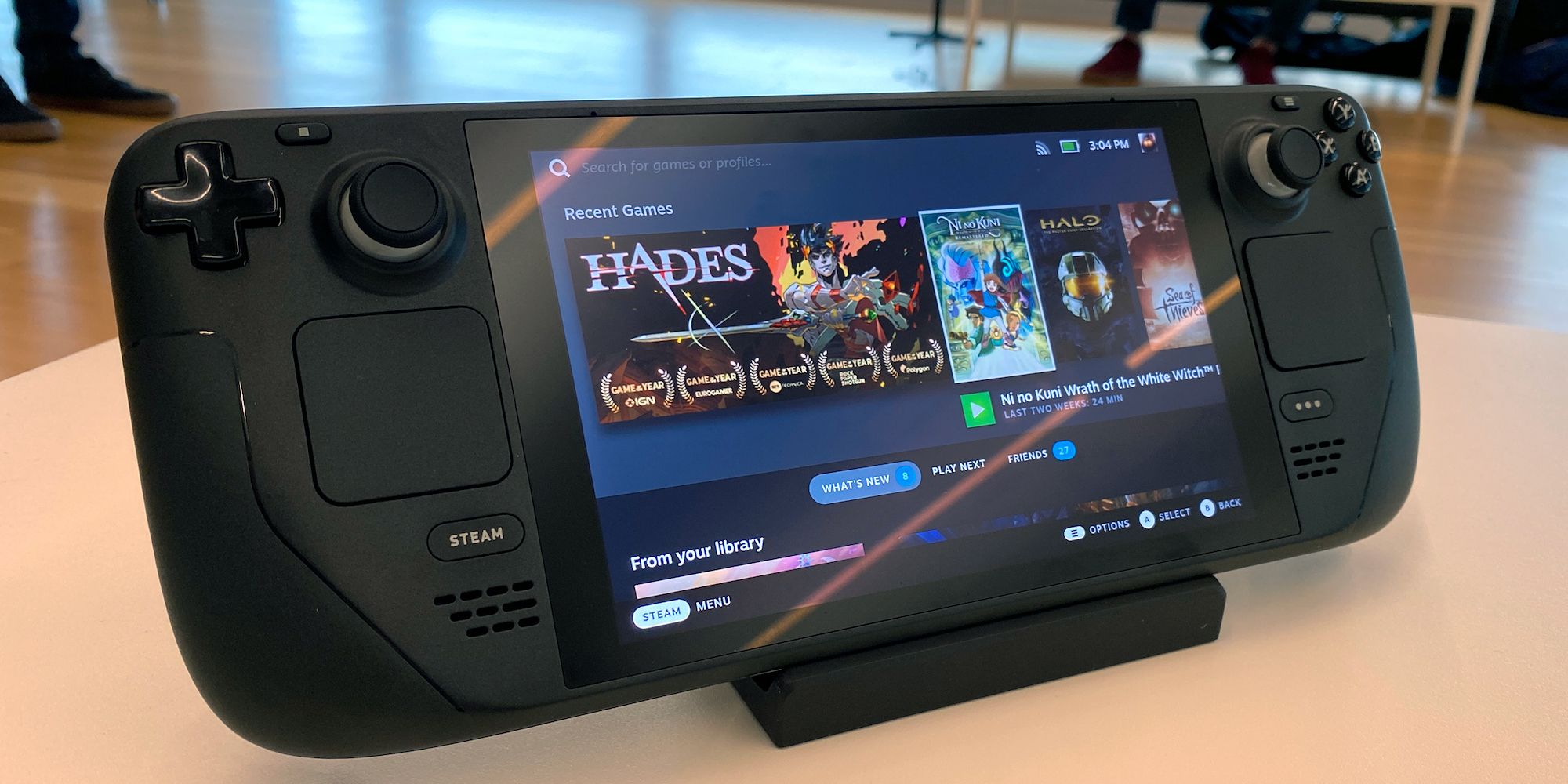 Despite contrary beliefs, a report indicates that Valve’s upcoming Steam Deck will not be able to play every single game in the Steam library. The portable PC, which is able to access a user’s digital library of Steam games, was announced back in July. Valve’s handheld console will ship in December 2021, giving gamers a brand-new way to experience their favorite PC games on the go.

The Steam Deck’s portable design is quite similar to a Nintendo Switch, with a large central screen flanked by two joycons and multiple buttons. However, the Steam Deck will feature much more varied input methods in order to accommodate even the most complex Steam titles. Joycons, face buttons, back buttons, and a touch-screen interface will all serve to make titles more accessible on the new console. The implementation of these varied controls appeared to suggest that almost every game on Steam would be available via the Steam Deck. Some reports even suggest that Xbox games would be available through PC apps, with Steam Deck users able to use the console to access exclusive games such as Halo Infinite.

Now, a report by Rock Paper Shotgun serves to remind gamers that the Steam Deck will not be able to access every single Steam library title. The Steam Deck will use Proton, a compatibility software designed by CodeWeavers which allows the portable console’s SteamOS to run Windows-based games. According to CodeWeavers president James B. Ramey, not every game in the Steam library will be compatible with Proton. While the Steam Deck’s hardware is powerful enough to run any game on Steam, the console’s software may not necessarily allow every game to function on the device at launch. However, at least 16,000 Steam games are known to be compatible with Proton, and updates can make other games compatible as well.

While Proton may bar some games from being available on the Steam Deck, this situation may not be permanent. The console itself will receive updates and new features after launch, allowing Valve to continue improving and expanding its exciting portable PC. New features that are not available for the system’s December launch will be added at a later date, such as the ability to seamlessly move from playing on a PC to playing on the Steam Deck. Player feedback will apparently determine these post-launch updates as well, creating the opportunity for bug fixes or quality-of-life improvements.

Valve’s Steam Deck appears to be an amazing next step for the legendary gaming developer, combining the massive Steam library with an accessible and portable console experience. Many gamers who expect the portable PC to play Steam’s entire catalog of titles may be disappointed to discover that not every game will be compatible. However, at least 16,000 games are confirmed to work with Proton, and updates to other games can gradually add to the Steam Deck’s list of available titles.