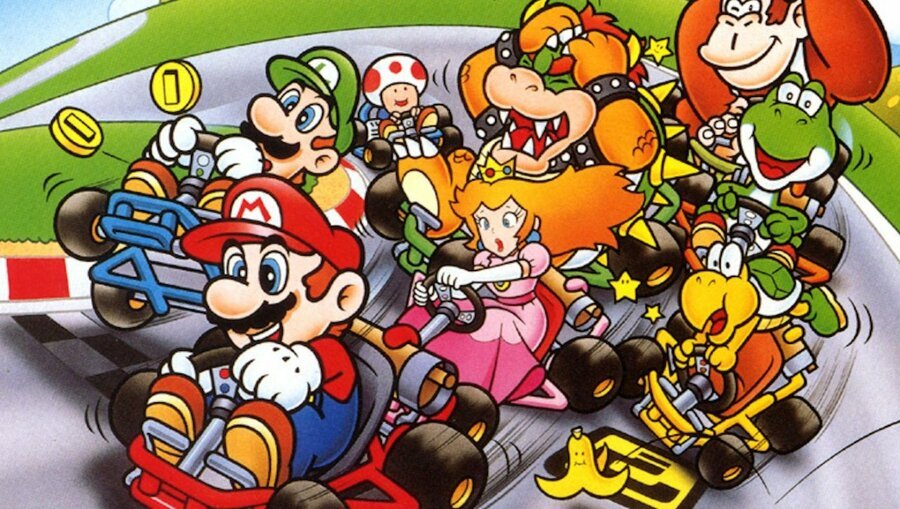 Super Mario Kart may have launched way back in 1993 and spawned several sequels since then, but it has lost none of its power when it comes to attracting record-breaking attempts.

We’ve covered the likes of Sami Cetin on Nintendo Life in the past, as well as Guillaume “Antistar” Leviach – two of the world’s best Super Mario Kart speedrunners — or speed-drivers, we should probably say. Incredibly, the latter has broken not one but two world records in the space of as many weeks – one of which was previously thought to be impossible.

The Super Mario Kart records — which have been going since the mid-90s — are decided by a matter of milliseconds at this point, with the top 100 times for the infamous Rainbow Road circuit ranging from 1’29″41 (take a bow, Stacy Needham) to Leviach’s current record, 1’26″36, which was made official on the 13th of December, 2021.

Incredibly, on December 6th, it was revealed that Leviach had set a new PAL world record on the Rainbow Road track with a blistering time of 1’26″50 (good enough to keep Karel van Duijvenboden in second place) before the confirmation came that he had set an even faster time a week later. What makes this second world record so significant is that it is classed as ‘Myth+’ – the highest rank handed out for potential track times by the Super Mario Kart community.

That means that Leviach is the first Super Mario Kart player to achieve a perfect ’80/80′ in the ‘Myth+’ category. You might be pondering how there are 80 different times to set when Super Mario Kart only has 20 tracks, but there’s a good reason; firstly, single lap times and full race times have individual records (so that’s 40) and, because the PAL (European) and NTSC (North American / Japanese) versions of the game run at different speeds, they are considered to be separate challenges, which means there are 80 records to set in total.

If you’re wondering what the trick is to get that speedy sub-1’27 run of Rainbow Road, one of the hardest tracks in the game: it’s mostly about hopping over corners and keeping tight inside lines. Also, playing as Donkey Kong, maybe? Listen, we don’t go in for tactics like “drive well and make good decisions”, because you don’t need to drive well when you have pockets full of banana peels.

Anyway, you can check out the record-breaking race below. It’s seriously good.