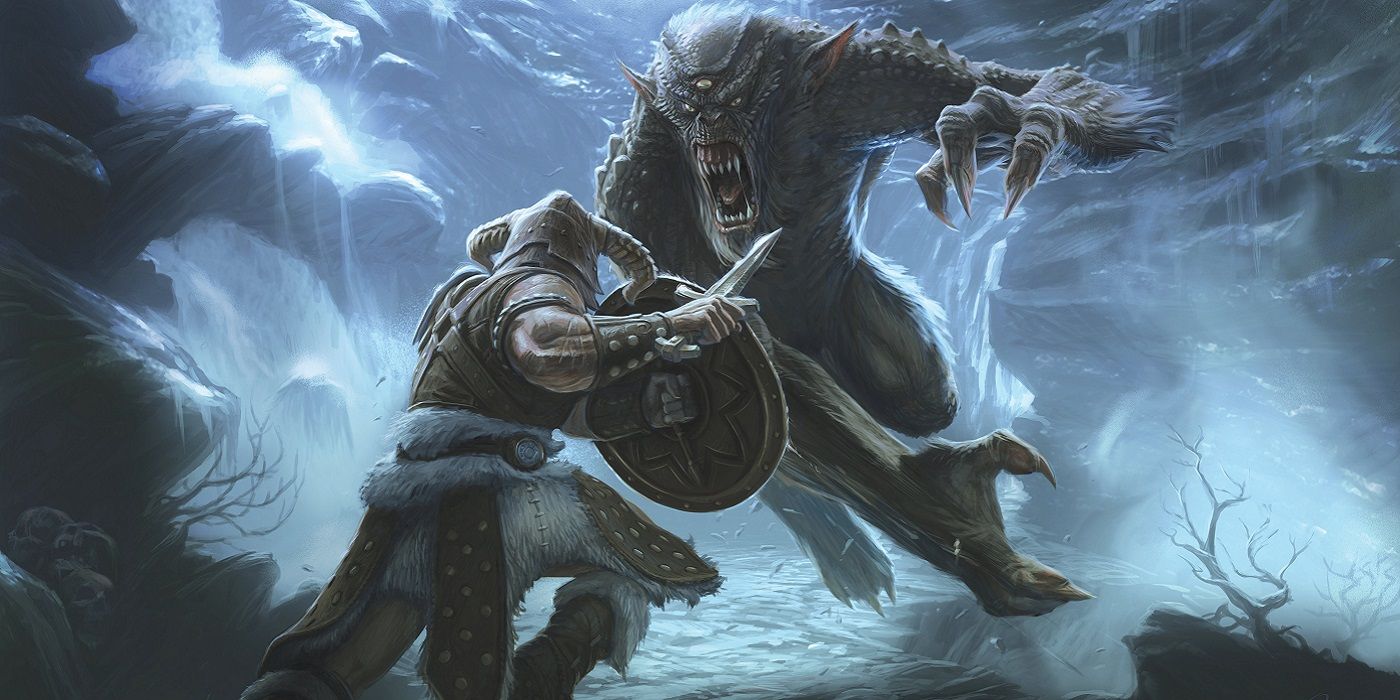 Sometimes, in order to extend the life of a game like The Elder Scrolls 5: Skyrim, fans often turn to the modding community for that extra bit of content. Some of the best Skyrim mods are known to vastly improve the graphics, add new quests, weapons or other assets, or just generally create new ways of immersing the player. However, there are some modifications which don't do a great deal in terms of altering the game, other than injecting some humor into the world.

Posting to Nexus Mods recently, a fan of The Elder Scrolls 5: Skyrim has created, seemingly with no rhyme or reason behind it, a mod which doesn't seem to change anything, except for one thing. When installed, players will notice that the game's frost trolls are now all called Tim Allen. It is amusing, but equally baffling at the same time.

RELATED: This Is What Skyrim Looks Like With More Than 500 Mods Installed

Seriously, even the modder states on the description page that this is all the add-on does. All the frost trolls, which are considered one of Skyrim's most powerful enemies, display the name of the famous Home Improvements and Toy Story star above them. It's hard to say whether there's any kind of connection between the comedy actor and Bethesda's vicious troll creatures, but it seems as though the user, who goes by the alias swizzny, has simply done it for no reason other than to be funny.

There are more than a few mods out there that are not intent on giving the game a visual boost, or fleshing out the lore, or introducing new elements to the world for that extra bit of longevity. Some, like this one, are just humorous. Take the recent Skyrim mod which changes the game's mammoth into pieces of cheese, as another example. Again, there appears to be no rhyme or reason behind it. Although this modder did give some backstory to it. Not that it detracts from the humor of the add-on, of course.

As the fan base waits for news about the next installment in the series, new content, such as swizzny's Tim Allen mod, may not have the pull that some deeply complex modifications have, and they may not change the game in any substantial way, but they are all part of the great and wonderful modding community that's dedicated to keeping things interesting. With Phil Spencer confirming that Elder Scrolls 6 won't be out until post-2023, it remains to be seen what other wacky and funny mods will be made for Skyrim before then.

The Elder Scrolls 5: Skyrim is available to play now on PC, PlayStation 3, PlayStation 4, Xbox 360, Xbox One, and Nintendo Switch.