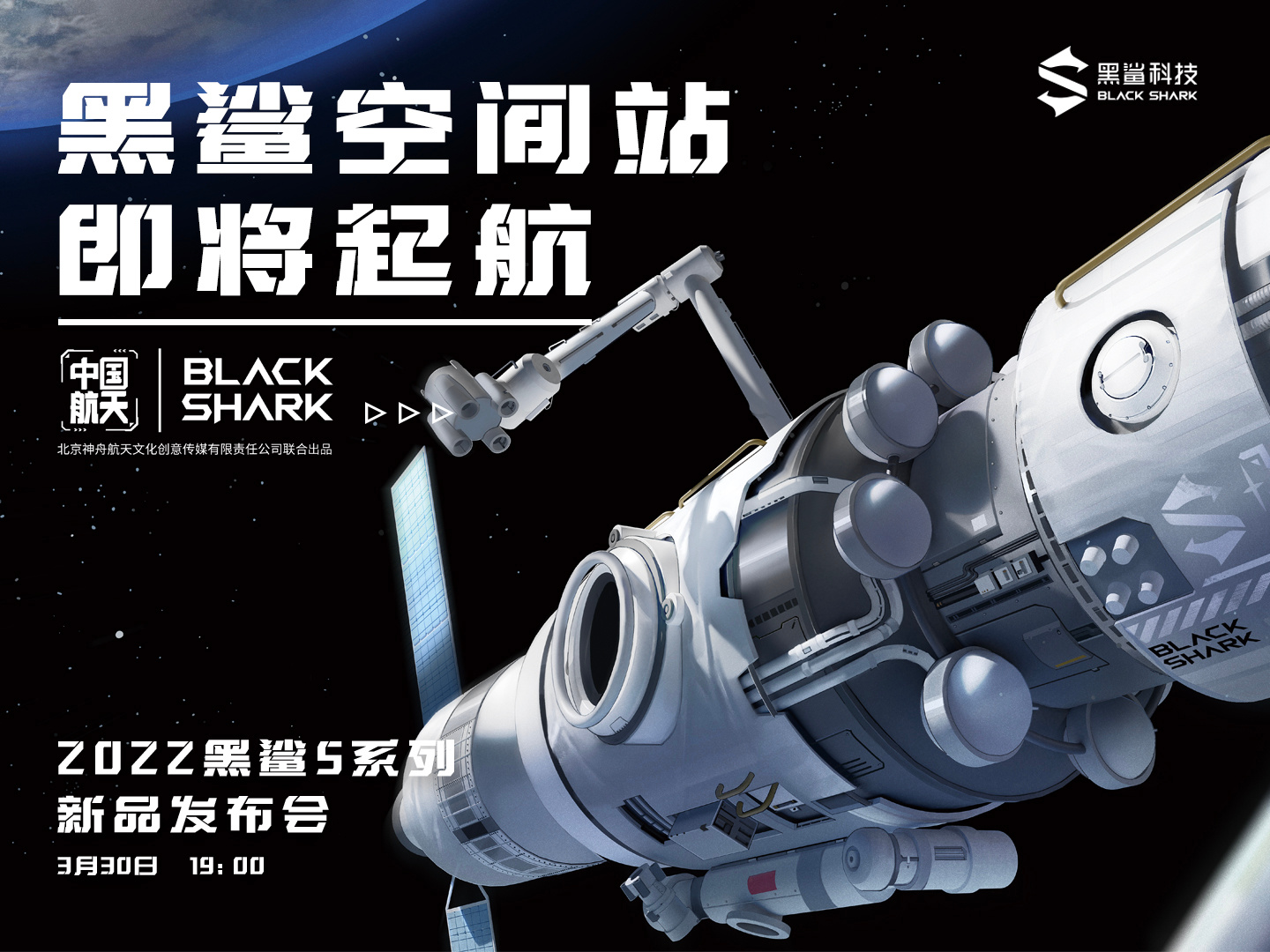 After yesterday’s announcement of the launch time for the new Black Shark 5 Series gaming phone, Black Shark continues to bring warm-ups for the machine today.

The official microblog of the Black Shark gaming phone issued a message saying, “Our journey is the starry sea! Black Shark and “China Aerospace – Shenzhou Media” pay tribute to all the upward power! Breakthrough the gravitational force, make the “unreachable” become “within reach” Do your best to turn “unpromising” into “feeling good.”

The newest version of the Black Shark 5 may be a joint venture with China Aerospace, after all, the two days of the main content is also some of the content related to this area, in the previous Black Shark has also launched a joint name up to the product, this time in the appearance can look forward to a.

This year’s Black Shark 5 series will launch at least three cell phones, Black Shark 5 and Black Shark 5 Pro, respectively equipped with Snapdragon 870 and Snapdragon 8 Gen1. But yesterday according to online rumors that there will also be Black Shark 5S appear, how specific or wait for next week’s launch to see the official reveal it.

The invitation to the Black Shark 5 launch this time is a Meteorite Necklace. There is a meteorite fragment inside, giving the first time to be so close look to the meteorite which is specially customized.