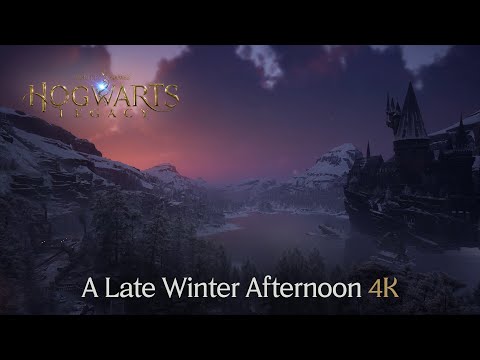 What better way to start the weekend than with a chill exploration of Hogwarts, the famous school of witchcraft and wizardry, and the setting (obviously) for the upcoming Hogwarts Legacy?

As relaxing as the sounds and scenes of a late winter afternoon in the wizarding world can be, we are just kind of amazed this is an official release straight from the Hogwarts Legacy YouTube account. If nothing else, it shows a level of confidence on the developer’s part that they would put out such an extended look at the various environments of the game, with nothing but ambient audio to accompany them.

If you want a look at the grounds that might actually get your blood pumping, check out this recently released CGI trailer. Or, for those of you with outlandish ideas like “gameplay is king”, take a look at this developer-led gameplay showcase.

Hogwarts Legacy releases on 10th February on PS5 and PS4. Will you be attending? Nod off in the comments section below.