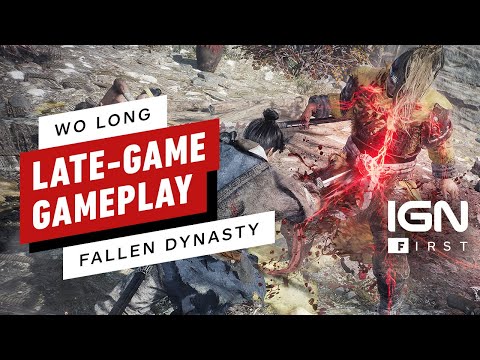 Wo Long: Fallen Dynasty is shaping up to be a more-than-competent Soulslike. Developer Team Ninja is no stranger to the genre at this point, having gotten plenty of practice at sadistic game design while developing the Nioh franchise. Proof of their prowess can be found in the above trailer, which boasts 17 minutes of fresh, high-level gameplay, courtesy of IGN’s First initiative.

While Nioh took place in a fantastical version of feudal Japan, Wo Long depicts a demon-infested Han-era China. Anyone familiar with the Dynasty Warriors series will likely see a few familiar faces here, some more welcome than others. Lu Bu serves as the climactic boss encounter of this stage, and he is as fearsome here as he is in any other piece of Romance of the Three Kingdoms-related media. He even starts the battle mounted on Red Hare, which is pretty awesome.

If you are finding the wait until Wo Long’s launch hard to bear (releasing on 3rd March. on PS5 and PS4), then be sure to check out this epic story trailer to set the stage, or this other boss encounter, featuring the monstrous Aoye. Are you looking forward to the release of Wo Long: Fallen Dynasty? Let us know in the comments section below.