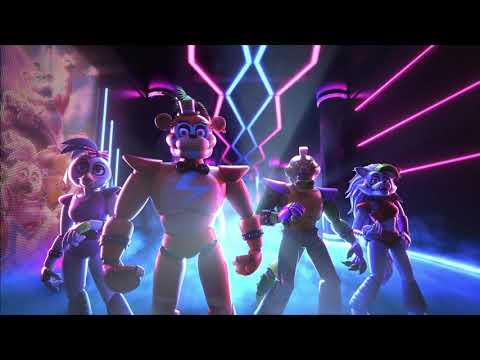 The iconic Five Nights At Freddy’s franchise has returned with its tenth – yes, tenth – mainline game with Security Breach. The franchise has evolved since the original in 2014, and yet the heart of what makes this franchise so iconic still remains. On the surface, the Five Nights at Freddy’s (FNAF) franchise might seem like a simplistic horror game with challenging gameplay and frightful jump scares – but for fans that have taken the time to acquaint themselves with the substantial backstory and lore, FNAF is anything but simple. This latest entry, Security Breach, brings a whole slew of new gameplay features and an incredible new look, while still retaining many characteristics that fans have come to expect. This is the FNAF we’ve been hoping for, which is great news considering FNAF creator Scott Cawthon appears to have stepped aside permanently.

In FNAF Security Breach, players will take on the role of Gregory, a young boy who has found himself locked inside Freddy Fazbear’s Mega PizzaPlex. A security guard, Vanessa, and an assortment of animatronics lurk in the halls, searching for Gregory. Fortunately, you’ll have Freddy Fazbear to aid you in your escape while providing support, including the ability to temporarily hide inside and control him during certain portions of the game. To be honest, the story was a bit of a headscratcher at first – why doesn’t Gregory just approach Vanessa right away to help find his parents? However, as the game progresses, we uncover some dark truths about the Mega PizzaPlex. It wouldn’t be a FNAF game without some chilling twists.

Security Breach is the first free-roam FNAF game, and as such, I found it much more enjoyable and accessible over previous games that often felt very restrictive. As Gregory, you’ll be able to run, crouch, hide and use certain items like a flashlight to navigate the PizzaPlex. Freddy Fazbear will provide you with objectives to help you escape, and you’ll need to avoid all the other animatronics while moving from point A to point B. Gregory has a special Faz-Watch with many built-in features such as a map, objectives menu, and access to cameras (within your immediate vicinity). You’ll need to plan your route carefully and execute swiftly, because if you’re caught by one of the animatronics, it’s game over and you’ll be bumped back to your previous save point. This can be particularly frustrating if you get caught after completing a particularly challenging part. 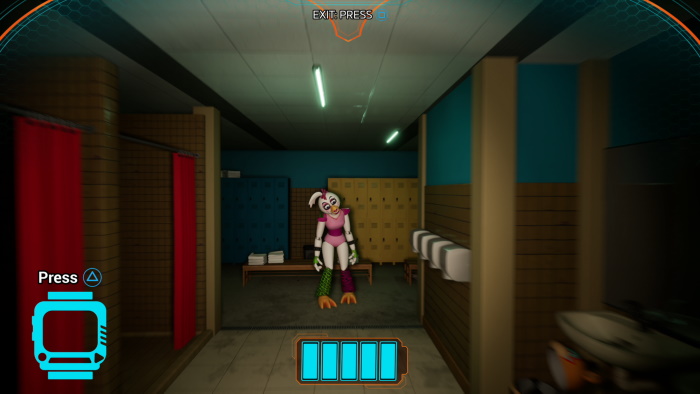 FNAF Security Breach is filled with bugs, glitches and poor design choices. Some glitches were a huge benefit to me – such as the glitch that prevented a pursuant animatronic from moving, allowing me to freely complete the task of restoring power to the daycare area. But more often than not, the glitches were a huge hassle. There was one boss fight that required us to hit a switch – but we just could not do it. However, after we restarted the save file, we could then hit the switch. Animatronics would often appear out of thin air – likely to create the illusion of being in constant pursuit, but in reality, it was just a cheap ploy to artificially inflate the tension. And don’t get me started on the Fazer-Blast laser tag section – an optional area that provides players with a handy animatronic deterrent. But despite my best efforts, I could not complete it – it was just way too hard.

Five Nights for (Almost) Everyone

Overall, this is easily the most accessible FNAF game ever made. While there are frustrating moments – sometimes due to glitches or poor game design, persistent players can eventually push their way to the end. FNAF Security Breach does offer multiple endings – in fact, at the end of the game, you’re given the choice of finishing the game or staying and completing more challenges. However, if you choose to stay, you can no longer save the game any further, making for a frustrating post-game experience. While the game provided hints through messages and objectives, it’s often unclear what to do next, so you’re forced to look around for the solution. This isn’t necessarily a bad thing, but I do wish there was some sort of waypoint system. Save points are scattered throughout the game and a couple of major moments offer a sort of checkpoint system, but for the most part, if you’re caught by an animatronic, you’re reverted to your previous save. I do wish there was an “easier” mode available that offered more save points/checkpoints, a waypoint system, and easier ways to evade animatronics – it would make the game a bit more accessible for my younger son who is a huge FNAF fan. 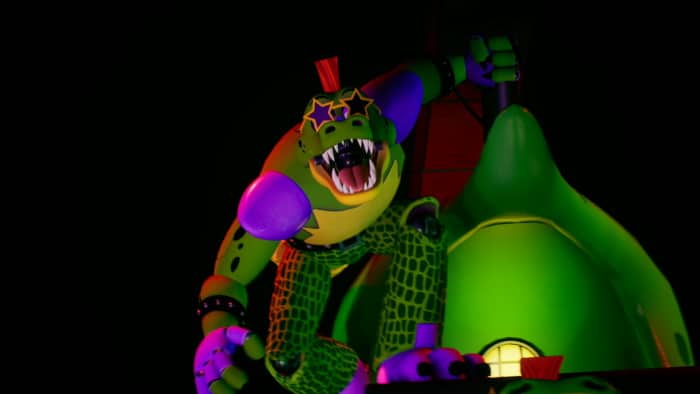 Visually, the game is a vast improvement over previous entries. The attention to detail in both the human characters and the animatronics is outstanding. The PizzaPlex has many diverse environments to explore, including massive atriums, swag shops, food courts, and so much more. There’s a good chance that you’ll discover new areas during future playthroughs – the PizzaPlex is quite large. So much attention to detail was given to this game and FNAF fans will adore all the homages to previous FNAF games. You’ll find nods to all the previous games, including their locations and animatronics. Another detail that I love is how the four primary animatronics change and degrade throughout the course of the game. You’ll also encounter the largest animatronic in FNAF history in a terrifying yet awesome moment. Security Breach features some fantastic voice-acting for all the animatronics, many of which will taunt you as they search for you. The music is great and becomes tenser when you’re being chased, and calms down when the coast is clear. Jump scares are back in FNAF Security Breach, but these seem quite a bit tamer than previous FNAF games. Also, thankfully, we’re given the option to adjust the jump scare audio – which is usually the most terrifying part. If you’re not a fan of jump scares, you can turn the jump scare sound all the way down.

Despite some frustrating moments and annoying glitches, I thoroughly enjoyed FNAF Security Breach. It evolves the FNAF gameplay by making it free roam, while still retaining much of what made previous games so thrilling. Security Breach does a great job of continuing the FNAF legacy while also paying homage to the previous nine FNAF games. You can tell that the developers really put everything they could into this game. There are even some fun mini-games including a very good mini golf game. However, this game is not without its flaws. The game has already received one patch and more are on the way. I’m hopeful more patches will come to reduce the number of glitches – and maybe even tone some overly challenging sections down and add a few more much-needed checkpoints. The visuals are outstanding and the audio is brilliant. This is easily the best FNAF game and hopefully, the direction they choose to make future FNAF games.