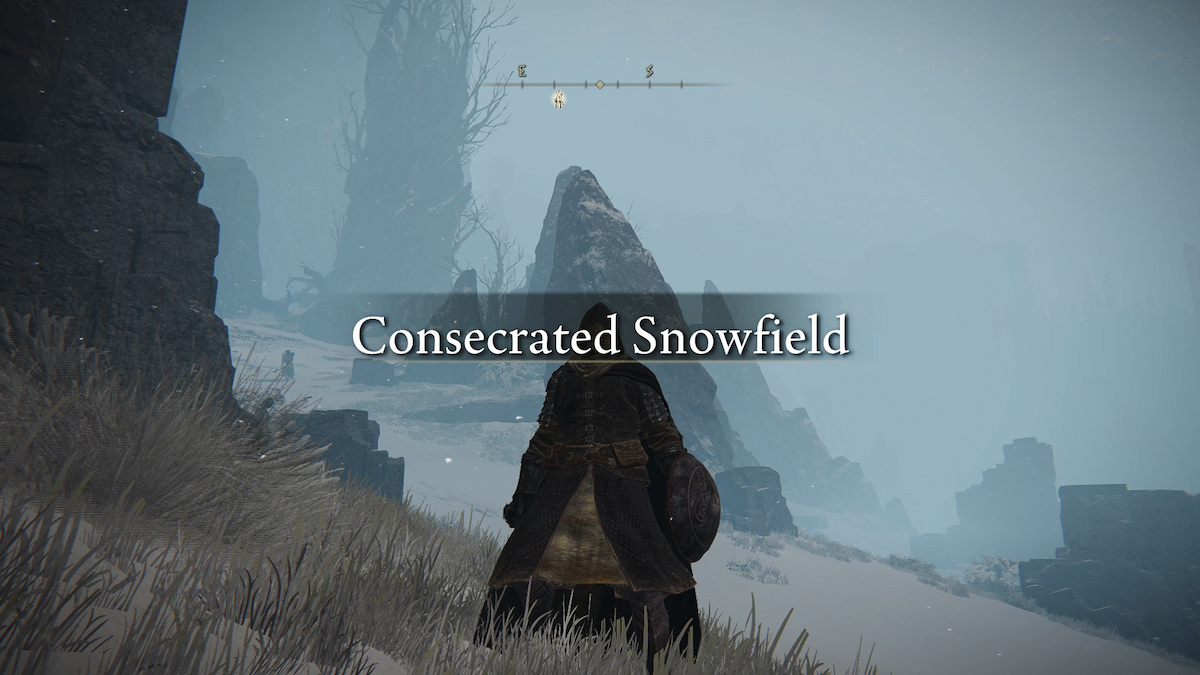 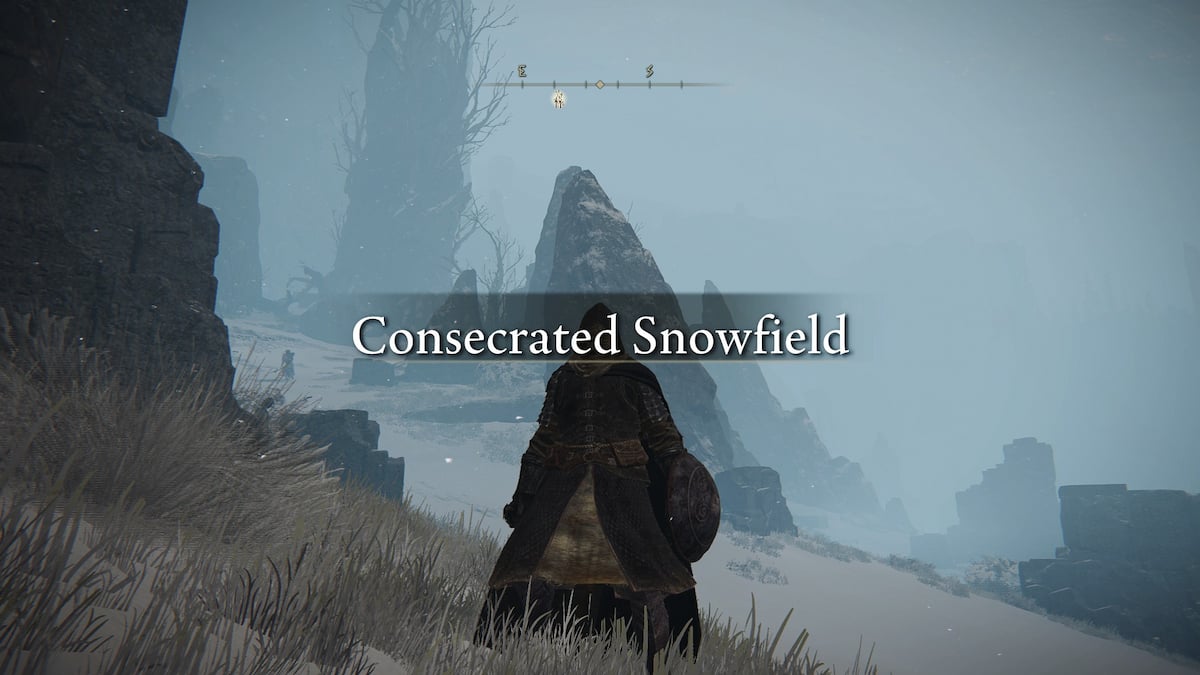 There are two ways to get to the Consecrated Snowfield in Elden Ring. The first requires you to go far out of your way, taking on bosses like Captain Niall and making your way to the Village of the Alburnaurics. You’ll collect the Haligree Secret Medallion Right and Left, go to the Grand Lift of Rold, use the Secret Medallion, and traverse the Path to the Haligtree mini-dungeon. Emerging from the Path places you in the southernmost reaches of the Consecrated Snowfield.

You’ll pass a giant spirit skeleton and drop down to a lower level just beyond it. Make your way to the jut of rock at the western edge of the Snowfield.

You’ll see the Shack of the Lofty on an even lower level to your south. The Death Rite Bird world boss is likely to spawn, so exit to the main menu and log back in to remove it.

Jump onto the small rock on the left side of the jutting rock, then turn around and hop on Torrent.

You’ll be jumping onto the upper platform coming out of the rock. When double jumping with Torrent, hug the left surface to skate across it and extend your jump.

Once on the upper platform, turn around again and make your way to the rightmost edge. There is a small, snowless area.

Carefully make your way onto it, then jump into the open air. Immediately after making that first leap of faith, use Torrent’s second jump to move very slightly to the right. If you’ve done it correctly, you’ll bounce off a corner on the way down, and possibly a second one.

When you die at the bottom, you should be given the option to spawn at the Stake of Marika. Provided everything is in order, you should spawn in the Consecrate Snowfield east of Ordina, Liturgical Town. If you die before you reach a Site of Grace in the Snowfield, you’ll need to do the skip again, so be extra careful as you wander this very late game area.