Sony launched their PS5 this month, as I’m sure you know, and it seems to have been a rousing success. The PlayStation brand also spent a lot of advertising on their machine, as you’d expect, but maybe you wouldn’t expect the extent of which they have.

As reported by VentureBeat and iSpot.tv, PlayStation spent almost as much as the entire gaming industry in the period between October 16th to November 15th. That was the prime spot before the PS5 launch, which released in select regions the 12th of November and 19th worldwide. It racked up 701 million TV ad impressions from ten TV spots that aired over 892 times with their biggest most seen commercial being the Play Has No Limits launch trailer. Their main networks were the sports-based ones such as ESPN, ABC and CBS.

Nintendo rounded out with second with 29 commercials aired with the TV spot for Mario Kart Live Home Circuit getting 125.5 million impressions. As you’d expect they targeted networks for kids and all ages audiences like Nick, Disney Channel and Nick Toons. Xbox ended up in a rather distant third, followed up by Activision and EA Sports, and then everyone else.

Keep in mind here that is just about TV ads. This wouldn’t include the various other advertisements Sony did for the PlayStation brand like internet ads, promotional deals, etc. PlayStation CEO Jim Ryan said they were assured that the PS5 would be see a good 5-7 years of success, and considering the amount they seemingly spent, it’s no wonder they feel confident about it. 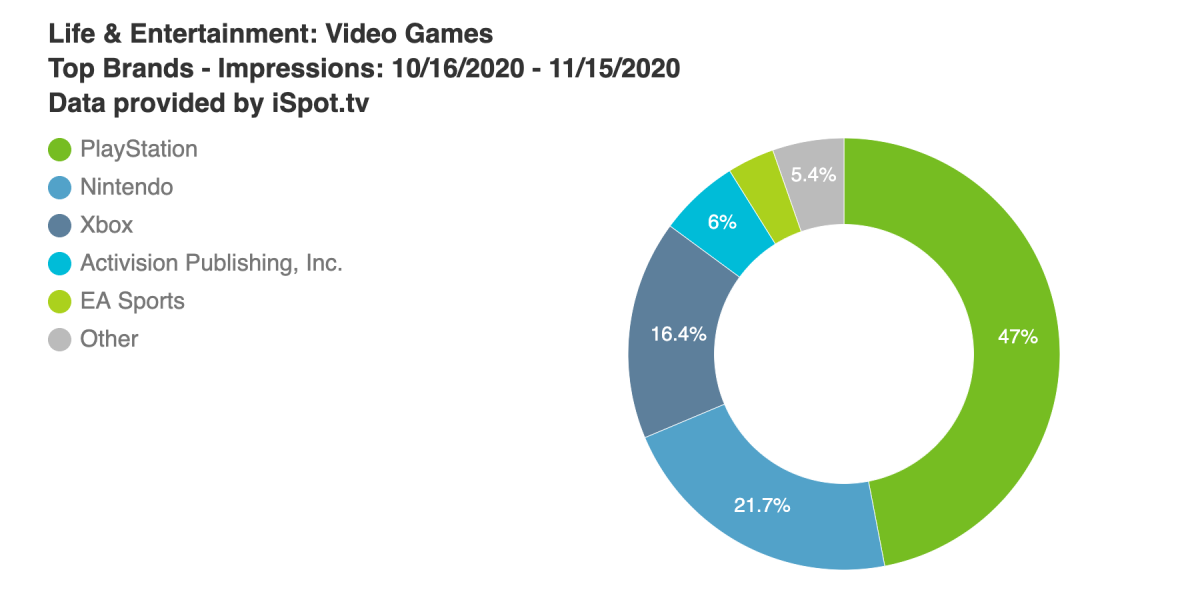