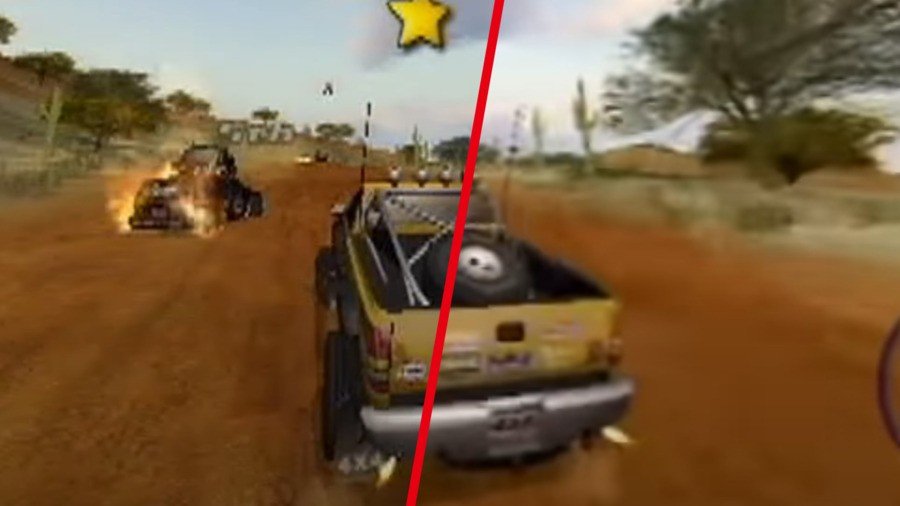 While the last couple of E3s haven’t been quite what we’re used to for obvious reasons, it’s the memories of glorious summers past which keep our enthusiasm for the event alive. Earlier this year we took a look at a handful of Nintendo’s most iconic E3 moments, but researching for that article and rewatching Nintendo’s conferences was also a harsh reminder of the days of Standard Definition video — a far cry from the HD and UHD we’re used to these days.

However, if you’re looking to relive the exciting (for should that be Excite-ing) days of 2006, GoldMetalSonic on Twitter has taken it upon themselves to upscale Nintendo’s conference footage and gift everyone the cleanest version yet of the last E3 before the Wii arrived and propelled the company to levels of success not seen since the 8-bit days.

GoldMetalSonic sourced the footage from a DVD rip, and without the application of AI upscaling there’s only so much you can do from the fuzzy source. However, as illustrated in the still from the sublime Excite Truck above, the difference between this new upload and the version previously available on YouTube is night and day.

Watching back now, it’s great to see the Wii being demonstrated at a time when it still wasn’t clear exactly what the new system would offer. It’s also neat seeing Reggie welcoming everyone to “the next leap in gaming”, George Harrison (not that one) discussing the potential of the then-new Brain Age series on the 18-month-old DS, and Satoru Iwata telling everyone about his ‘blue ocean’ strategy for expanding the gaming audience.

If you’re looking for something to pass the time in this in-between-Christmas-and-New-Year lull, this is a fun nostalgic time sink that’s worth checking out. Enjoy the video below:

Excite Truck? Red Steel? Twilight Princess? Do you miss these stage-based events or do you prefer the Direct style we get these days? Let us know below your favourite memories from Nintendo’s E3 2006 conference…