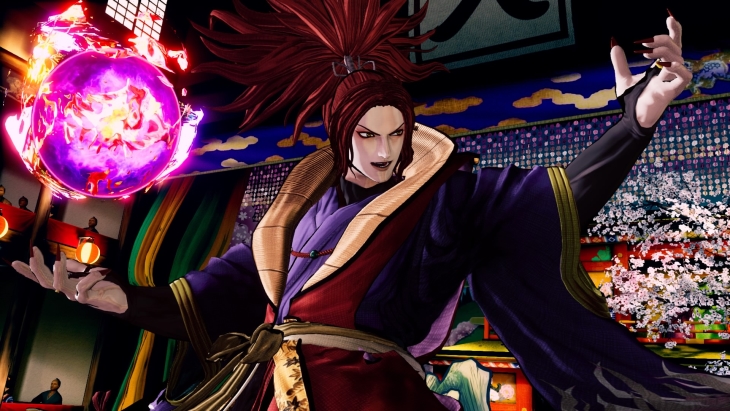 As previously reported, Shiro Tokisada Amakusa is the final boss of the original Samurai Shodown from 1993. and a recurring character in the series. He is based on the real life Amakusa Shirō; who led the Japanese Roman Catholics Shimabara Rebellion against the Shogunate in late 1637 for five months until April 1638. The rebellion failed, and he was executed; his head displayed on a pike near Nagasaki to deter others.

In the Samurai Shodown universe, Amakusa was resurrected by the dark god Ambrosia, possessing Shinzo Hattori’s body (son of Hanzo). He attempted to steal the Palenke stone to bring Ambrosia into the mortal world, but was defeated. Some endings hint that Ambrosia may have been controlling him in some manner, his loss of faith and narcissism being used against him.

In Samurai Shodown IV, he was revived once more but split into two halves. The good half sought to prevent the evil from taking over the world, but the evil half was killed. As such, the good half now exists, harbored in the body of Shinzo.

Amakusa will be available June 11th. Amakusa is also the third character in the Season 3 pass; which also includes Cham Cham [1, 2], and Hibiki Takane.

You can find the full rundown (via Epic Games Store) below.

SAMURAI SHODOWN has enjoyed worldwide success as a blade-wielding fighting game series since its first release in 1993. Over 10 years have passed since the last series installment, and it is now time for SAMURAI SHODOWN to return in a brand-new game featuring high-end visuals and gameplay! With its story set one year before the very first installment, warriors and combatants from various backgrounds and with their own goals are about to battle to fulfill their destinies!

Horizon Forbidden West – A Lot of Development, Playtesting is Done on PS4