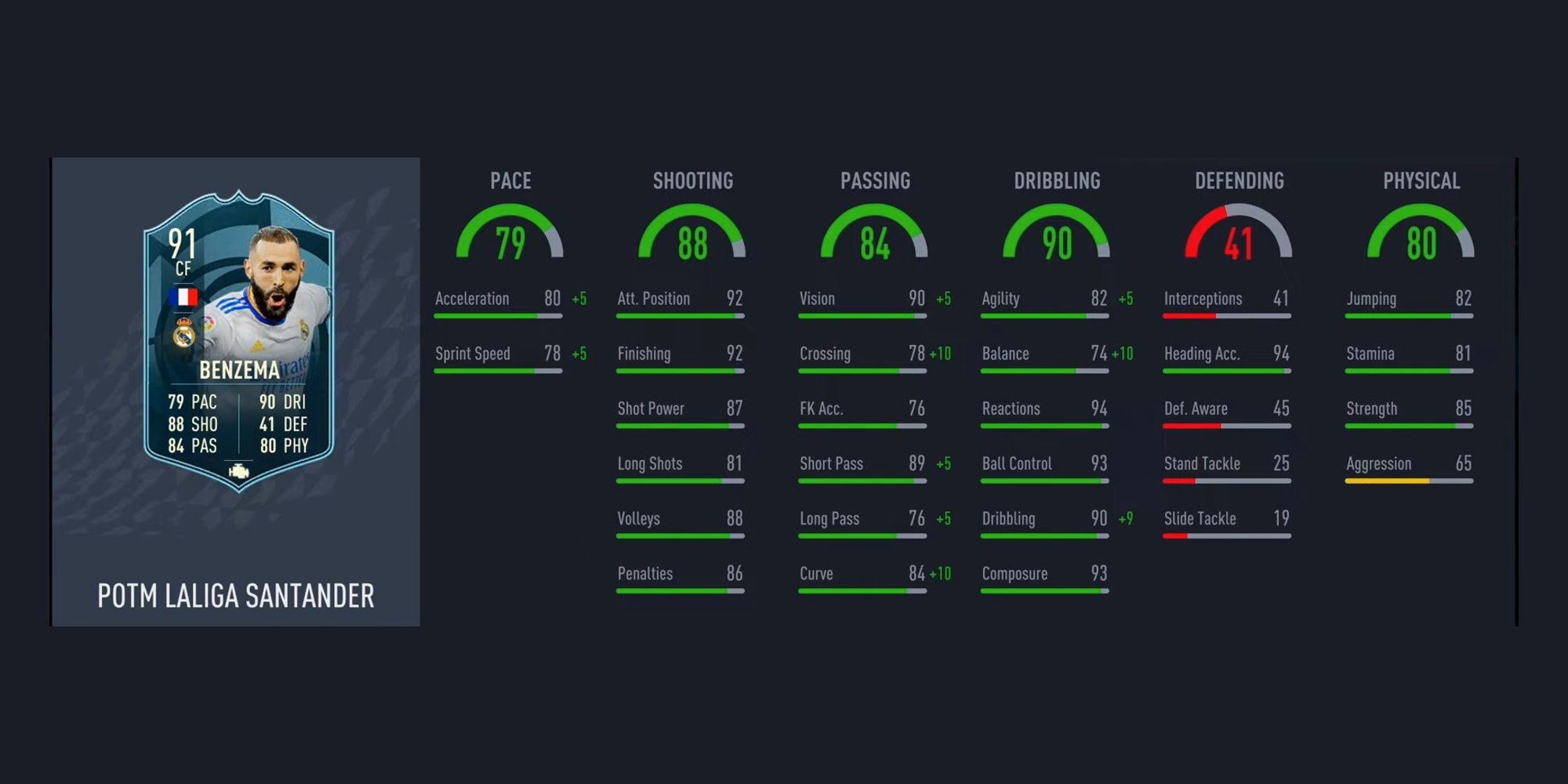 Karim Benzema might be one of the most inform players in world football right now, so it seems fitting that he receives one of FIFA 22’s first big SBCs – a 91-rated POTM card.

RELATED: How To Do The Loyalty Glitch In FIFA 22

Benzema’s 91-rated card has received +2s and +3s pretty much across the board. His workrates remain the same, but these small boosts in key areas make this card look very good.

We’ve played with this card and Benzema has great shooting, reliable pace, and fantastic dribbling. The 4-star Weak Foot and 4-star Skills are more than enough at this stage in the game. He also feels pretty strong on the ball thanks to his 80 physical, with 84 Strength.

Is Karim Benzema Worth It?

This is a very early SBC and still pretty expensive for this stage in the game. Taking a look at other strikers with a 91 rating shows how Benzema is actually pretty suitably priced: Mbappe is 1.6m and Ronaldo is 1.3m.

However, the closest resemblance to Benzema is actually Lewandowski’s 92-rated card. They share a lot of stats.

The price difference between the two is pretty significant. Lewandowski is available for under 50,000 coins. He is in a different league, of course, but they share a lot of characteristics. If you’re looking for pure value to usability, then he’s a better choice.

We recommend trying out Benzema’s base card and his inform. If you enjoy playing with it, then there’s no reason not to upgrade to the POTM. Remember, though, that’s a lot of coins to sink into an untradeable player this early in the game.

NEXT: FIFA 22: Fastest Players In The Game