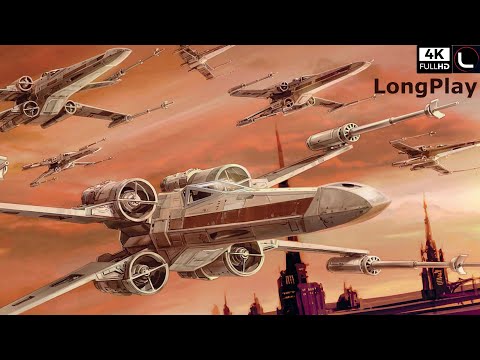 The studio behind multiple ports of Star Wars games has suggested it could give the same treatment to the Rogue Squadron games.

Aspyr Media has already ported a bunch of Star Wars games to modern platforms already, such as 2005’s Star Wars: Republic Commando and, most recently, a Nintendo Switch version of Star Wars: The Force Unleashed.

As such, some fans are hopeful that the Star Wars: Rogue Squadron series of arcade flight games will get the same treatment. Aspyr itself is aware of this and has given fans the chance to prove how badly they want it.

‘Here at Aspyr we’re huge Star Wars fans and love bringing Star Wars games to new audiences,’ it said in response to a fan on Twitter. ‘For us, it’s all about the games we think players are most passionate about and would love to see brought to new platforms. If the demand is there, we’re on board’.

In a surprising turn of events, Julian Eggebrecht, co-founder and president of Factor 5 (the original developer of the Rogue Squadron games) jumped into the conversation and appears to be just as eager to see it happen.

He even seemed to go one step further and suggest any Rouge Squadron release for Nintendo Switch should just be the cancelled compilation of remasters that Factor 5 was working on for the Nintendo Wii.

While getting the blessing of the original studio is certainly a boon, any such plans would need to be run past Lucasfilm Games and Disney. Although there is a Rogue Squadron movie in the works so a game release of any kind would make sense.

Aspyr is also currently busy with a full-fledged remake of Star Wars: Knights Of The Old Republic, which was announced last year with a very brief trailer. It’s currently listed as a timed PlayStation 5 exclusive so it will come to Xbox eventually.

If only all sequels could be as good as Moss: Book 2 – Reader’s Feature

Frankly, Star Wars fans are going to be drowning in video games over the next several years. Including the Knights Of The Old Republic remake, there are at least eight games in development.

The most recent announcement is one from Uncharted creator Amy Hennig, which is rumoured to be a revival of her cancelled Project Ragtag. Said project was in development at Visceral Games, but publisher EA pulled the plug on both the game and the studio.