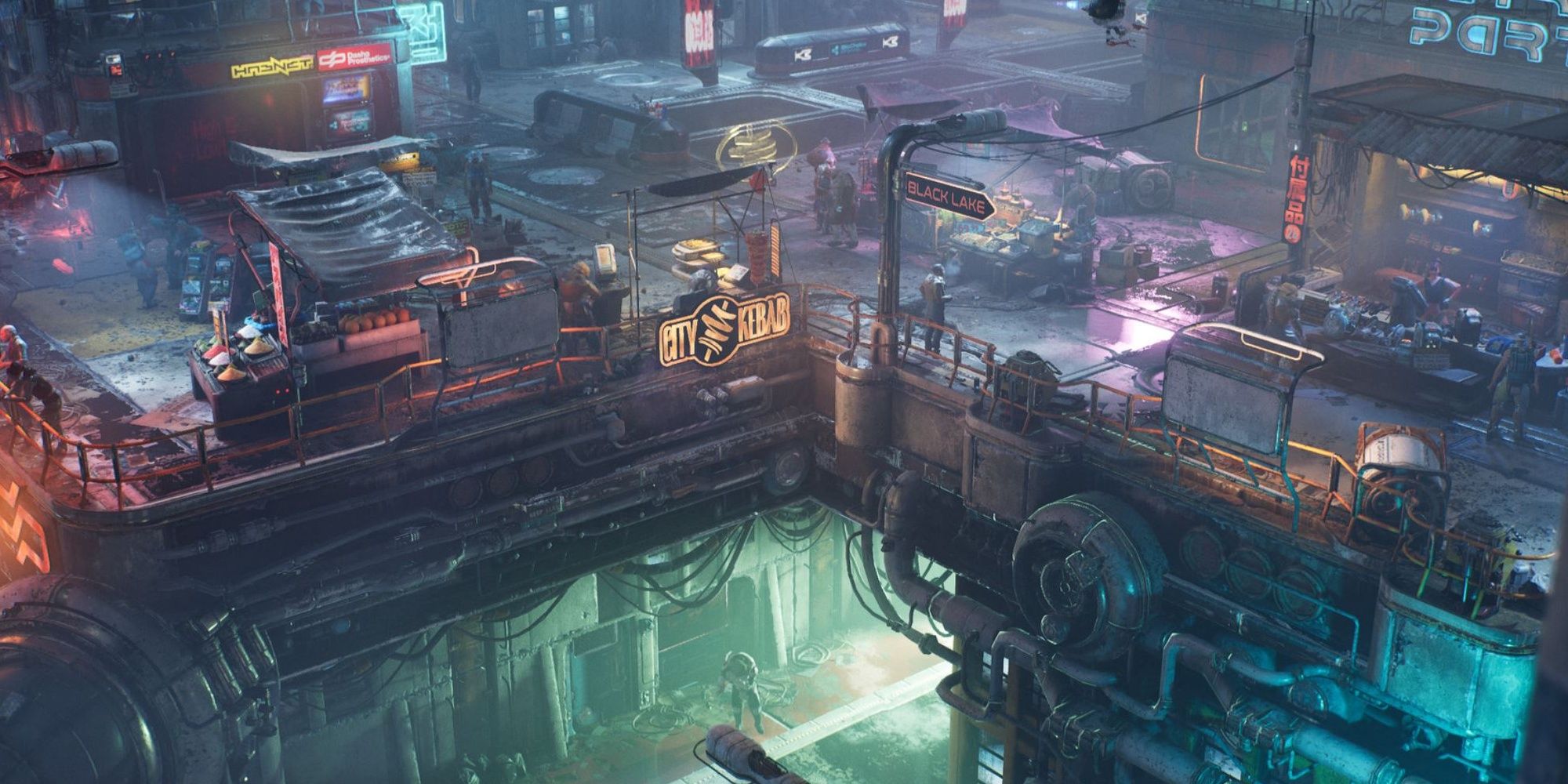 The cyberpunk genre has gotten its fair share of coverage over the past few years from all forms of media, but especially the video game industry. The Ascent covers all hallmarks of this unique sci-fi genre. It features mega-structures, corrupt overlord corporations, and of course, it is almost always a rainy night.

RELATED: The Ascent: Is it Multiplayer?

One thing that cyberpunk games do best is unbelievable brutality. The Ascent is no different. The player will make their way to the top of the world's food chain by any means necessary, namely through the liberal use of firearms and explosives through a long list of missions. Upgrades are an important part of staying on top so it is important to know how to improve these weapons.

Weapon upgrades in the game are handled by NPCs called Gunsmiths. In exchange for different kinds of components, Gunsmiths will upgrade the desired weapon, raising its tier. Players can even use these vendors to change weapon skins. Gunsmiths are marked by a hammer symbol that hangs over their heads and can also be seen on the map.

RELATED: The Ascent: How Long to Beat

Players can find Gunsmiths at Cluster 13, Coder's Cove, and The Node. If money is an issue, the player can also sell unwanted items to these vendors. It is important to note that Gunsmith's inventories update after every main mission, so check their stock from time to time.

Components are the currency that players will need to upgrade their weapons. There are three types of components: Basic, Advanced, and Superior. As the player upgrades the weapon, the component demand becomes greater and greater.

Players can find components through various means. Some are in locked chests all around the open world, or simply scattered around waiting for someone to pick them up Players may also find them in special Ice Chests that require an upgraded cyberdeck to open. Lastly, they can be gathered through bounties.

Weapons upgrade in tiers, also known as Mk's. With each tier, the weapon becomes more proficient and deals more damage at a faster rate, useful for getting those overcharge kills. The cost of each tier is as follows:

All upgrades are permanent for that weapon type. For instance, if a player sells or gets rid of a Mk.5 weapon, every instance of that weapon type that they find later on will still be Mk.5, so no progress is lost.

The basic steps for upgrading weapons in The Ascent are summed up below:

The Ascent can be played on Xbox consoles and Windows PC.

NEXT: Halo Infinite Will Likely Have At Least One More Test Flight