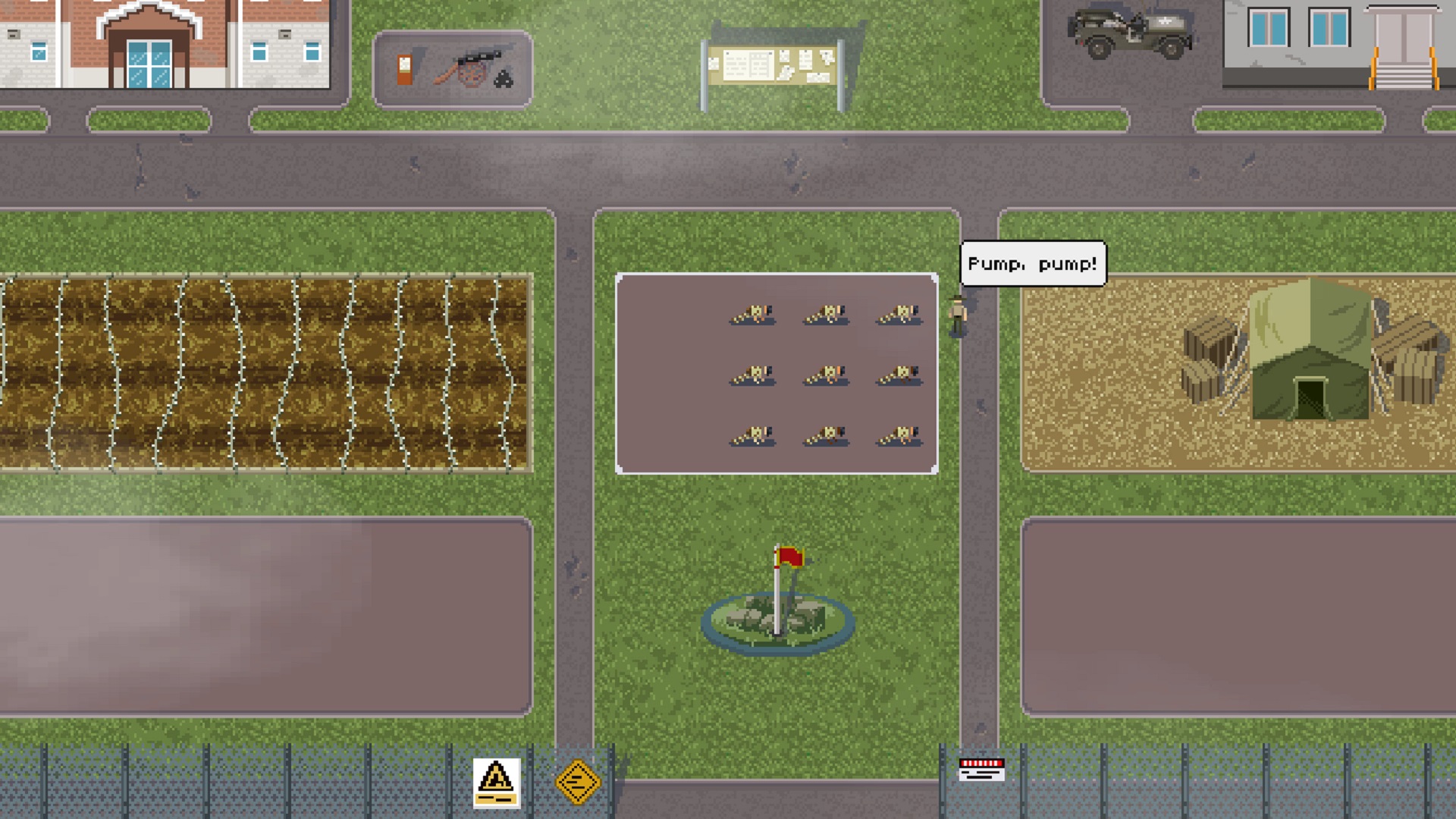 Full Metal Jacket is a cornerstone of military pop culture for anyone who enjoys 80s war movies, but it usually inspires something more on the nose – a first-person shooter, or if we’re talking about strategy games, some kind of squad-based tactics experience. Carlo Cassini, solo designer of innovative WW2 game Until the Last Plane, is really likes the drill sergeant from the film – so much so, he made a game about it.

Full Metal Sergeant is a camp management game with auto-battle minigames. You're placed in the boots of a drill instructor at a nameless military training camp who has twelve weeks to get their recruits in shape. You’ll be able to choose how your training grounds are set up, as well as manage the program itself, and you can let your recruits compete against other boot camps.

You’ll have to be careful of stress levels though – ask too much, and bad things could happen. We’re not sure what yet, but we’ve seen enough training montages to be able to take an educated guess. It usually involves a lot of shouting.