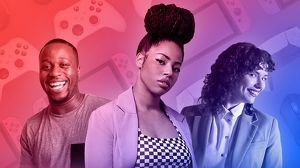 Ubisoft is launching a new online channel in the UK with original talk show, comedy and documentary series.

In Ubisoft's words, the channel will "feature a wide range of original programming inspired not only by Ubisoft, but by the video game industry at large, going behind-the-scenes on how games are created and celebrating the the people who make and play them, as well as the biggest events in the gaming calendar".