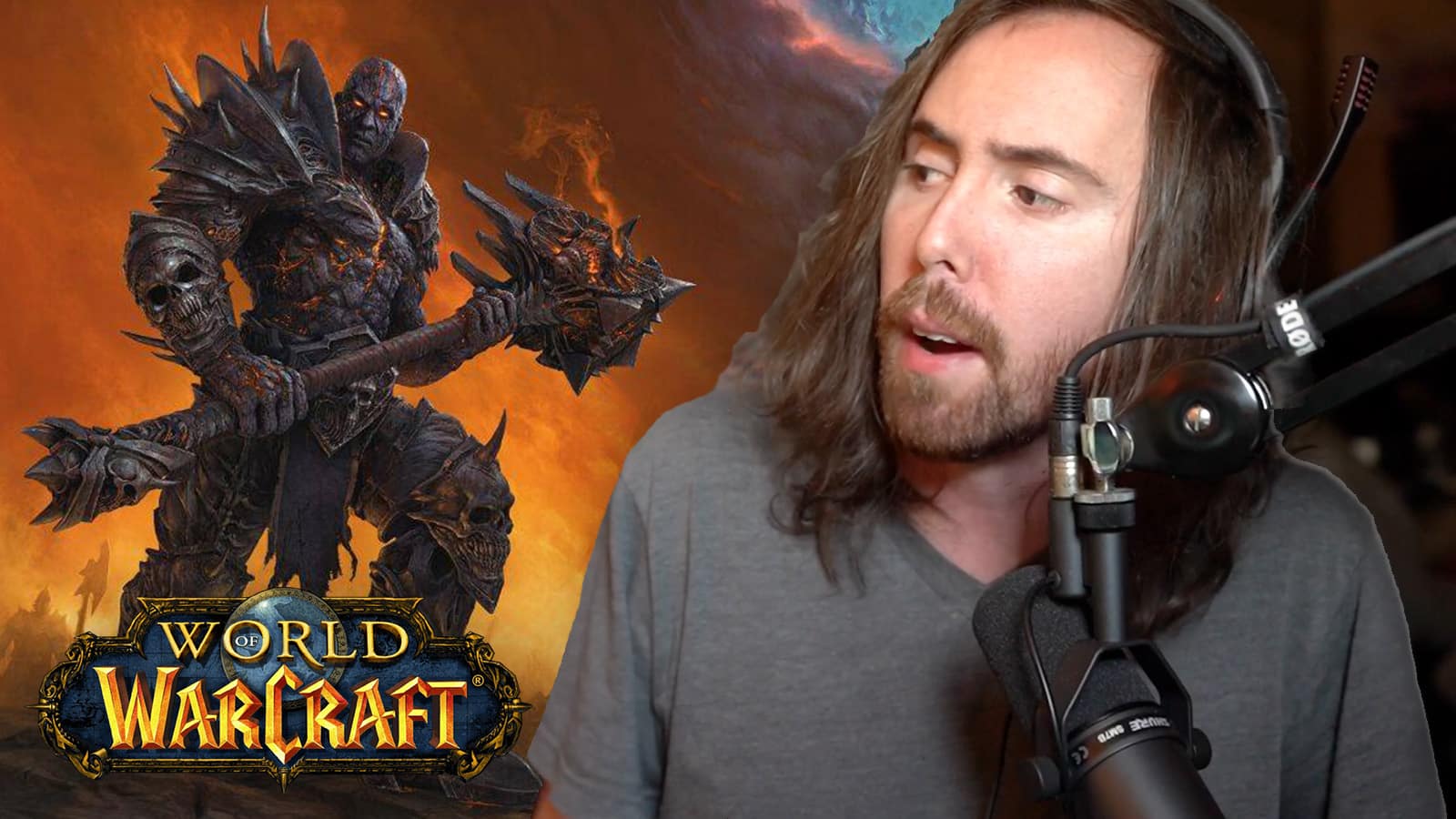 Asmongold’s love-hate relationship with World of Warcraft seems to be on halt after the Twitch star claimed he’s finally “done” with the game after a series of disappointing patches.

Asmon hasn’t been playing World of Warcraft as much as he used to. However, in August 2021, he assured fans he hadn’t quit the game, claiming he comes and goes as he pleases depending on the state of the game.

Still, his attitude towards the game has been steadily declining. He’s slammed everything from the addition of new microtransactions to the lack of new content and even said he doesn’t care about the next expansion.

Now, it seems like he might be “done” with it for a while after he let loose about the state of the game on stream, claiming he’s sick and tired of all the “garbage” patches and changes and doesn’t want to deal with it anymore.

Asmon has been open about criticizing WoW in the past.

“I’ve gone through the same donkey show for 15 years,” he said. “I’m sick of seeing stuff come out, and there’s an obvious change that everybody needs to see, and it doesn’t happen because they withhold it to artificially extend content length.

Asmon believes he isn’t the only one with that view. “People are tired of Blizzard releasing the same garbage every patch. They’re tired of them introducing new systems with intentional handicaps and time-wasting mechanisms only to be applauded when they remove them a year later.”

For that reason, he admitted he’s “done” with the game — at least for now. “I don’t want to deal with this anymore. It’s exhausting. That’s all it comes down to. I don’t care about Lost Ark or FFXIV or all those other games. I’m talking about WoW. That’s what they’ve done, and I’m done with it.”

Asmon has been playing Lost Ark instead, and although he enjoys the gameplay, he isn’t a fan of its controversial pay-to-win features. He even urged other players to band together in a bid to stamp them out.

Still, he’s had a better time on there than World of Warcraft lately, and based on his recent comments, it might be a while until we see him back in Azeroth again — if at all. It depends on whether he sticks to his guns.

The post Asmongold explains why he’s finally “done” with World of Warcraft appeared first on Dexerto.