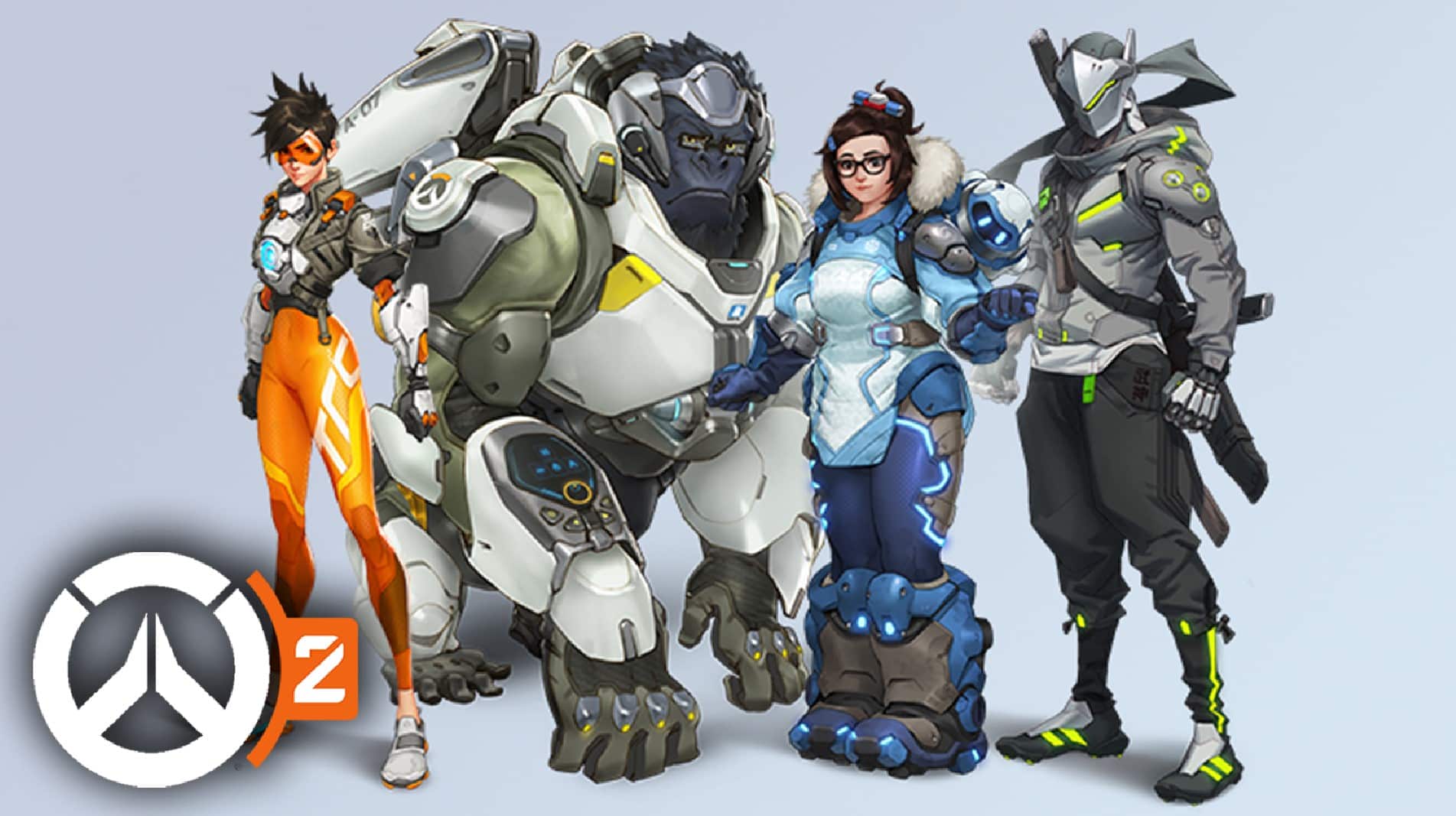 Official Overwatch 2 concept art may have just revealed a range of new features coming to the highly-anticipated sequel, including Battle Passes, Hero XP, and more.

Years since its reveal at BlizzCon 2019, Overwatch 2 is finally nearing its first playable state. With the closed Beta just around the corner, pro players and content creators alike are now getting their hands on a new build of the sequel.

While only a select amount of content is included in this first build, the rest of the package is set to follow close behind. With new details leaking out on a near-daily basis now as a result, we’re already getting some early looks at what to expect.

Following on from leaked screenshots and even hilarious on-stream leaks, we now have some official concept art that has appeared online. These new designs may seem simple at first, but a range of upcoming features appear to have been confirmed by the images.

This could be an early look at the future Overwatch 2 main menu.

A number of new concept pieces hit ArtStation on April 2 from former Overwatch UI Designer Jayson Kirby. While select images focused on content for the original title, a handful revealed new work on the sequel.

It’s in these designs for various menu systems that we can see further evidence of previously teased systems now in effect. The home screen, for instance, features a Battle Pass tab on the menu just below the in-game store.

This backs up previous comments from the likes of Jeff Kaplan and even an early games rating that both hinted towards a Battle Pass system for Overwatch 2.

Also teased in the new artwork was the reward of ‘Hero XP’ for a game in the Quick Play playlist. While we previously knew that heroes could be level ed in the PvE experience to unlock new abilities and power-ups, this design implies XP can also be earned in multiplayer.

Obviously, since this is purely concept art for now, it’s worth remembering that plans can change throughout development. There’s no guarantee any of these features actually make it through to the final game.

Despite the Beta coming up in April, there’s still no telling for certain when the full game may launch. So be sure to keep your eyes peeled on our Overwatch 2 hub for any further updates in the weeks to come.