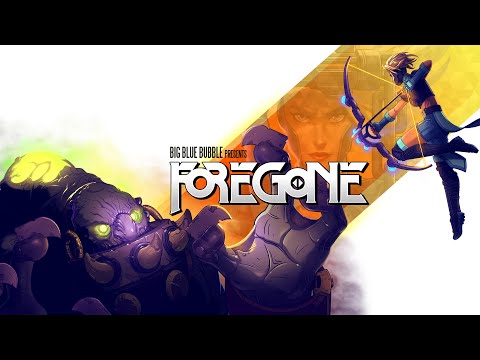 It may be cold and gloomy, the usual post-festive hangover made worse by the twin horrors of Veganuary and a month without wine or beer, but at least there’s some sweet touchscreen solace to take your mind off it. From the startlingly competent port of Alien Isolation to the opportunity to see a range of Disney heroes punch the stuffing out of each other in Melee Mania, there’s plenty cooking on Android and iOS this month.

Originally released last spring on consoles, Foregone is a 2D action game that, superficially at least, looks a little like Dead Cells. But while it does have mild Metroidvania leanings, this is a much more compact gaming experience.

Starting with a double jump, melee, and ranged attack, you swiftly loot and upgrade armour, magic rings, guns, swords, and more in your bid to become an overwhelmingly powerful killing machine, each foray letting you explore a little further.

While it felt a little paltry on PC and consoles, its scale and cute pixel art visuals work well on mobile, although even on an iPad some of the buttons are small enough to prove fiddly.

As in the original, you’re a trainee parcel delivery swordsman, practising so as to upgrade your fighting skills and deliver mail, while braving attacks by increasingly resilient foes.

To make each delivery you need to time sword charges, shield defence, and healing to overcome groups of enemies you stumble across on your way to each delivery address. If you succeed each job rewards you with a treasure chest. Fail and you still get some experience to make the next attempt less vain.

The children’s book art style and lack of video ads lets you enjoy the mildly compelling upgrade path and whimsical plot without the usual tooth-grinding inducements to part with cash.

The creaking, mechanically compromised mess of Sevastopol station, with its man-sized ventilation ducts and slowly emerging clouds of dry ice, is the perfect environment for an alien on the prowl, where every movement or noise feels as though it could be something sinister.

On an iPad Pro it’s graphically seamless, with Feral Interactive’s devotion to quality evident in every frame. Naturally, it still suffers the same flaws in terms of storytelling and pacing as the console originals, but with all three pieces of DLC included the exceptional value for money makes it hard to resist.

Each level in =7 comprises a long row of dice. Your job is to hop your die one, two or three spaces forward so that it makes seven when added to the die it lands on.

It has pleasant background music, a neat swipe-able interface that works perfectly for die-hopping, and you gradually earn stars that unlock new varieties of dice to play with.

The problem is that anyone of school age can add up to seven, and with literally no further challenge it’s bafflingly simplistic. It also offers in-app purchases to buy extra dice-unlocking stars despite being a paid for game.

Starting work as a grim reaper, you need to send newly dead souls to heaven if they’ve been good, hell if they’ve been bad, and purgatory if their character is functionally neutral.

As well as judging by appearances, you can also read up on their bios and look at what they’re carrying, some of which may imply a good or bad life. It adds up to a considerably more complex, if less elegant, Papers, Please.

Loaded with film and cultural references and never missing an opportunity to poke fun, it’s an entertaining turn-based afterlife simulator.

Choose a wizard, then watch them scurry around on autopilot, hurling whichever spell you’ve selected at the encroaching horde. Just sit back, relax, and change magic attacks as enemy types come and go.

When you die, you instantly restart with a slight fillip to your attack power but unfortunately this features the usual idle game staples of temporary and permanent perks, and the messy pixel art style that’s become the genre’s stock-in-trade.

The music is repetitive and dull, as unfortunately is the gameplay loop, although on Steam at least it’s still in early access. Here’s hoping it receives the further refinement it also needs on mobile.

In the same way that Lego Star Wars Battles is a clone of Clash Royale, so Melee Mania is actually Brawl Stars, but with a clutch of Disney favourites pummelling each other in its small cartoon arenas.

As with all MOBAs, how well the other people on your 3 vs. 3 team decide to play has a dramatic effect on your enjoyment; as you climb through the ranks, you’ll find players tend to be more focused and less likely to wander off and get themselves killed for no good reason.

Featuring Buzz Lightyear, Elsa from Frozen, Wreck-it Ralph, Mickey Mouse, Moana, Maleficent, and others, more characters are due this year. It’s a solid start, and provided matchmaking remains this easy, a promising one.

Originally released in 2016 as a free-to-play game, Asphalt Xtreme has been bought by Netflix and re-released as an Apple Arcade style free to play game – provided you have a Netflix subscription.

Multiplayer is still about who has the better car, limiting its playability, but the single-player mode is excellent. Given Netflix’s enormous scale it’ll be interesting to see where they go next with their incipient game service.

MORE : Best mobile games of 2021 on iOS and Android – Mini Motorways to World Of Demons