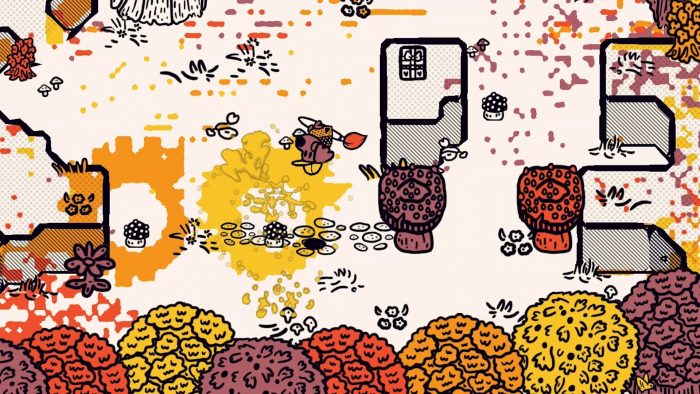 The Chicory: A Colorful Tale Team Is Working on a New Project

Fans of Chicory: A Colorful Tale are delighted to know that the team is currently working on a new project. The gaming world is already looking forward to a slew of major AAA games this year. Fortunately for indie gamers, they were not forgotten.

“Been waiting a long time to let everyone know,” Chicory Lead Developer Greg Lobanov wrote on social media. “I am working on something new with the Chicory team.”

He did not provide any further information about this upcoming project. Thankfully, he is open to sharing more details at some point this year. “I cannot wait to talk more about it!” he added. “Hope to share details in 2022.” Taking a look at how Lobanov phrased his announcement, it seems that fans can expect the new game to release sometime in 2023.

Lobanov also recruited for concept artists for the new project. Taking a closer look at the listing, it seems that they are specifically looking for creature concept artists. This suggests that the upcoming game will expectedly revolve around similar-looking anthropomorphic beings, such as in Chicory: A Colorful Tale.

The job description that they used provided even more hints on what the game could be. They are looking for artists who design “with lots of character and personality,” as well as having an “interest in and inspiration from real world animals and biology.”

Chicory: A Colorful Tale is an adventure puzzle game. The primary mode of progression and interaction is painting the black and white landscape within the game. Its mechanics has a touching narrative that its fans loved and connected with. With that said, its fans are hopeful that the next game will feature a pretty similar fusion of elements.

Considering that Lobanov and the rest of the team are going to work on anthropomorphic creatures again, this new project could very well be a sequel. Without further information, fans will not know for now.

Are you excited for this new game? Let us know in the comments below.

The post Chicory: A Colorful Tale Devs Are ‘Working on Something New’ appeared first on COGconnected.