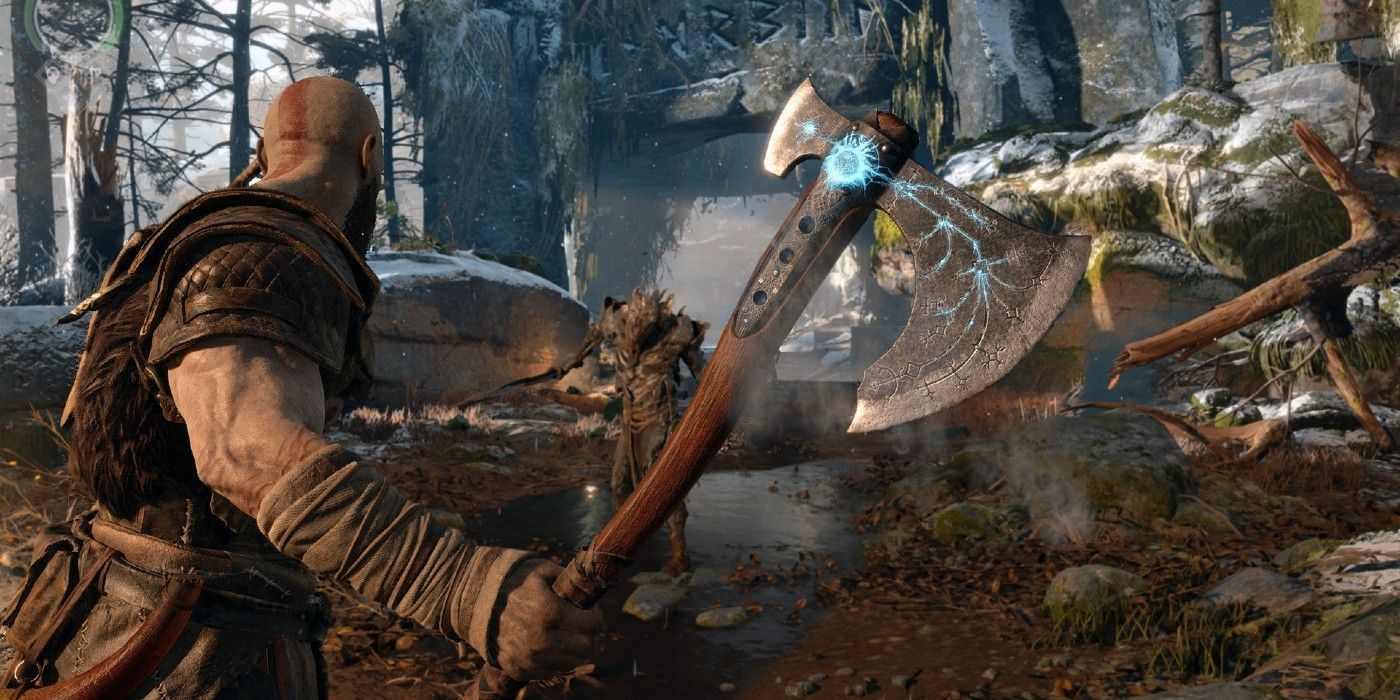 George Mawle, a key gameplay engineer behind Kratos’s Leviathan Axe from 2018’s God of War, has passed away. Mawle was credited with a number of key contributions to God of War, but easily the most memorable is the game’s Leviathan Axe, which Kratos can throw and recall at will in a visual and tactile spectacle. George Mawle helped give the axe its weight and feel, ensuring it was a trusty weapon that players would enjoy using throughout the lengthy story.

Previously, Kratos was best known for his iconic Blades of Chaos. In the original God of War trilogy, he would furiously whip around flaming blades that were wrapped around his wrists, but Sony Santa Monica took a different approach to combat in the 2018 revival. Although the Blades of Chaos do return (and George Mawle also contributed to their function in the newer game), the studio chose to give players an axe in God of War. The change narratively tied into Kratos’s attempt to bury his violent past, but it also allowed for many new gameplay opportunities made possible by developers like Mawle. The hulking god could throw the axe and proceed to fight with his fists before calling it back to himself, making gameplay satisfying and dynamic.

Much of that game feel is thanks to the late Santa Monica Studio gameplay engineer George Mawle, who passed away on September 2. Mawle worked on a number of titles throughout his career, but God of War was perhaps the most acclaimed of them all, and his work on the Leviathan Axe and Blades of Chaos is being remembered by colleagues and fans following his death. On Twitter, fellow Santa Monica colleague Mihir Sheth shared a touching thread recalling fond memories of Mawle, including the fact Mawle never believed he’d get to work on something as beloved as God of War.

Although not confirmed, the sequel to God of War’s expected at the PlayStation Showcase 2021. The game was officially announced in 2020, but little is actually known about the title beyond the fact it’s releasing in 2022. Because of how acclaimed the Leviathan Axe was, it seems safe to assume it will make a return in the sequel. It’s unclear if Mawle directly contributed to the sequel at all, as Sheth’s tweets note he left “many months ago.” At present, 2018’s God of War is the last game credit attributed to George Mawle.

It still seems highly probable that Mawle’s work will influence the next entry, as the sequel may retain the first game’s core mechanics and the Leviathan Axe or a weapon that functions similarly. Norse god of thunder Thor is expected to make an appearance in the sequel and his hammer, Mjolnir, coincidentally behaves similarly to the Leviathan Axe. If Kratos wields Thor’s hammer at any point in the game, its gameplay design would no doubt be traceable back to George Mawle’s work on the first game.

Next: Every God of War Game, Ranked Worst To Best