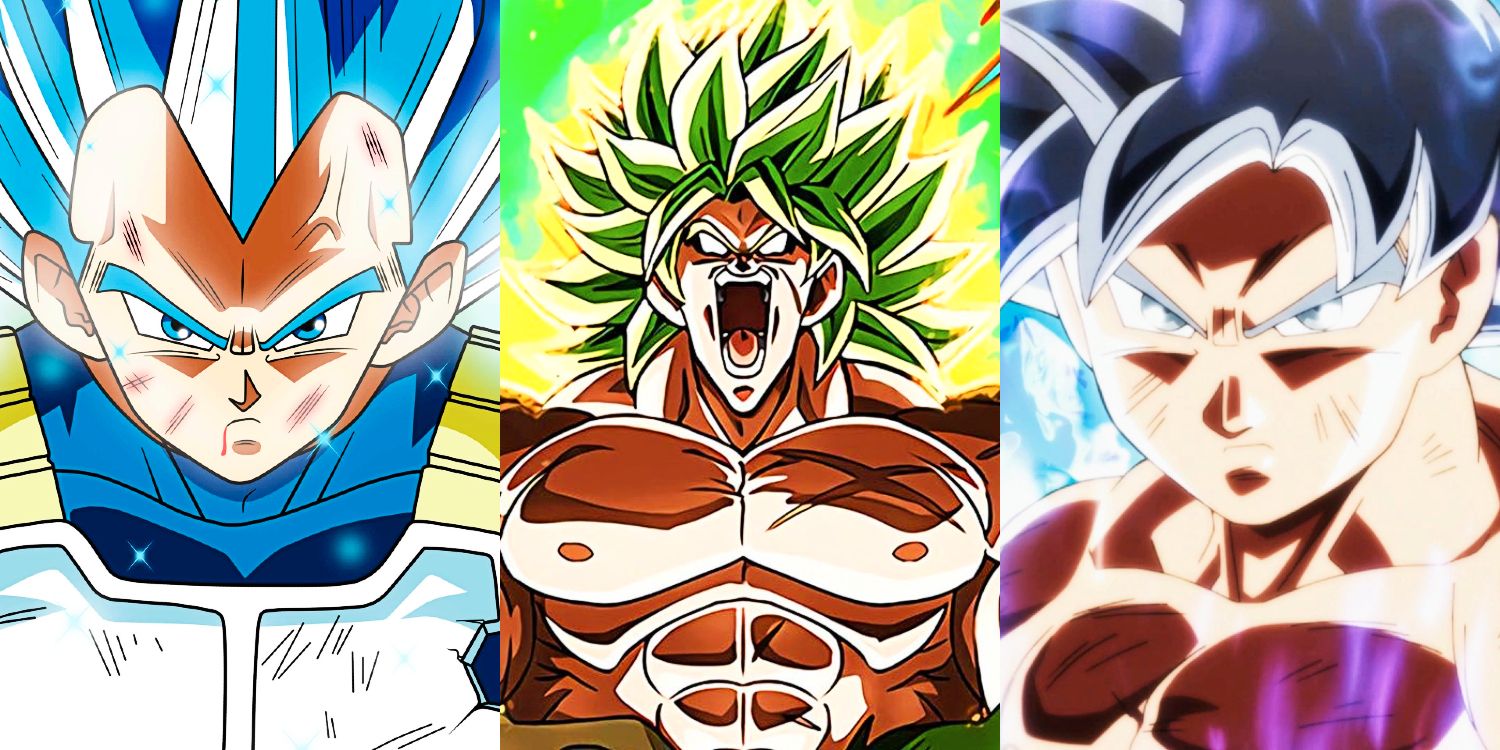 Most of the Saiyans in the Dragon Ball franchise are on different paths when it comes to achieving the levels of power associated with their race. There are two characters – Goku and Vegeta – who are capable of accessing the majority of these forms, while others can only do one or two (if that much).

Beginning with the Buu Saga, Goku and Vegeta have created a massive strength gap between themselves and the rest of the Z-Warriors. Before the fight with Majin Buu, there were times when heroes like Gohan and Piccolo were on par with them, but now it’s usually up to just Goku and Vegeta when the Earth is threatened. That’s because they’ve devoted a significant amount of their time to training and getting stronger over the last several years. Their competitive spirits and desire to outdo the other have proven to be excellent motivators. As a result, the two Saiyans were able to discover brand-new transformations in Dragon Ball Super, including Super Saiyan God and Super Saiyan Blue. And there are no signs that either character is done breaking barriers.

Goku and Vegeta are obviously above all the other Z-Warriors in terms of power, but they aren’t the only main characters who have what it takes to transform. Unfortunately, humans like Krillin and Yamcha are held back by biology, but the Saiyans amongst them can indeed unlock new forms, provided of course that they put in the necessary training. Since the Saiyans’ positions on the power scale are anything but equal, most are poised to achieve different states the next time they transform. Here’s every form each character could be building toward in the anime.

Having finally figured out Ultra Instinct by the end of the Tournament of Power, Goku has seemingly attained what some may feel is Dragon Ball’s final transformation for the character. After all, it’s unclear if there is a state above Ultra Instinct, which is a level that’s supposed to be reserved for the gods. If the anime goes on for several years, it’s possible that the franchise will end up stretching the boundaries a bit and perhaps even make an in-canon version of Super Saiyan 4. Otherwise, Dragon Ball may keep Goku at Ultra Instinct for a long time, especially since he just learned it. However, that doesn’t mean he’s hit his ceiling. By learning ways to make Ultra Instinct better, Goku can still make big gains in the anime.

Similar to the case with Goku, it may be some time before Vegeta makes another breakthrough now that he’s obtained the Super Saiyan Blue Evolved transformation. But if he were to unlock a new state, chances are it won’t be Ultra Instinct. Vegeta has made it clear on more than one occasion that he has no interest in copying Goku. Instead, Dragon Ball can use the form it just gave Vegeta in the manga continuation, which he has dubbed Ultra Ego. Apparently, it combines elements of Ultra Instinct and the abilities of a God of Destruction.

According to Gohan, he’s done with the Super Saiyan path, which is why he doesn’t bother using Super Saiyan 2 anymore. In other words, viewers shouldn’t look for him to hit Super Saiyan God or Super Saiyan Blue (even though he seems to have the power to pull them off at this point). Rather than follow in his father’s footsteps, Gohan has elected to pursue a new form. Assuming he kept his promise and is still training with Piccolo in the aftermath of the Tournament of Power, this mysterious new form could finally be unveiled in Dragon Ball Super: Super Hero, which some think may be a Gohan-focused story.

Related: Dragon Ball: Why Gohan May Catch Up To Goku In Super Hero

In Dragon Ball Super, Trunks was amazed to see that there was a power level beyond Super Saiyan 2. At the beginning of his new story, he was no match for Super Saiyan 3 Goku, much less his or Vegeta’s Super Saiyan Blue forms. But later, Trunks’ multiple defeats and determination to save his world drove him to being the first character ever to unlock Super Saiyan Rage. Considering that he’s now strong enough to oppose beings of divine power, it stands to reason that Trunks should be capable of being the third hero to go Super Saiyan God. Or, he could skip right past it and hit Super Saiyan Blue like his father did.

In the Buu Saga, there was a feeling that the potential of Goten and Trunks surpassed even Gohan. In comparison to Goku’s oldest son, the two young half-Saiyans had mostly conflict-free childhoods, but managed to transform into Super Saiyans at the ages of 7 and 8 respectively. The two being able to accomplish such an impressive feat raised questions about how far they could go. While this may have created the impression that they’d be at the next level in no time at all, that still hasn’t happened. But with Super Hero skipping forward a few more years, Goten and Trunks will have had more than enough chances to learn the Super Saiyan 2 transformation.

If and when the Universe 6 Saiyans return, they too should be much more powerful than they were before. According to Caulifla, their next goal is to copy Goku’s Super Saiyan 3 form. When keeping in mind how fast Caulifla reached Super Saiyan 2 and Kale’s shocking power level in the Tournament of Power, it’s not hard to imagine the two making this happen.

As a Saiyan whose power is so great that Goku nor Vegeta could beat him alone, Broly comes off as a character who doesn’t need another upgrade. That being said, he could benefit from Kale’s True Legendary Super Saiyan form, which made it possible for her to retain her colossal strength and her self-control at the same time. If Broly gets help from his new friends, he might be able to move in the same direction and become a dependable hero.

The only Saiyans left who can’t transform at all are Pan and Bulla, which is understandable, given their ages. It’s also worth noting that neither character has ever acquired a Saiyan form, despite that they were old enough to do so in the non-canon Dragon Ball GT. Regarding whether or not these characters will receive transformations in Dragon Ball Super, that scenario seems unlikely for the time being. Even with Super Hero’s time jump, Bulla is still much too young to be a Super Saiyan. As for Pan, Dragon Ball Super letting her fly as a toddler served as a tease of her having great potential as a fighter, but the anime may still wait a while longer before turning her into a Super Saiyan. One of the two characters (or both) could still reach that power level at a later date, but it may not happen anytime in the near future.

More: Dragon Ball: What Every Z-Warrior’s Power Level Could Be In Super Hero