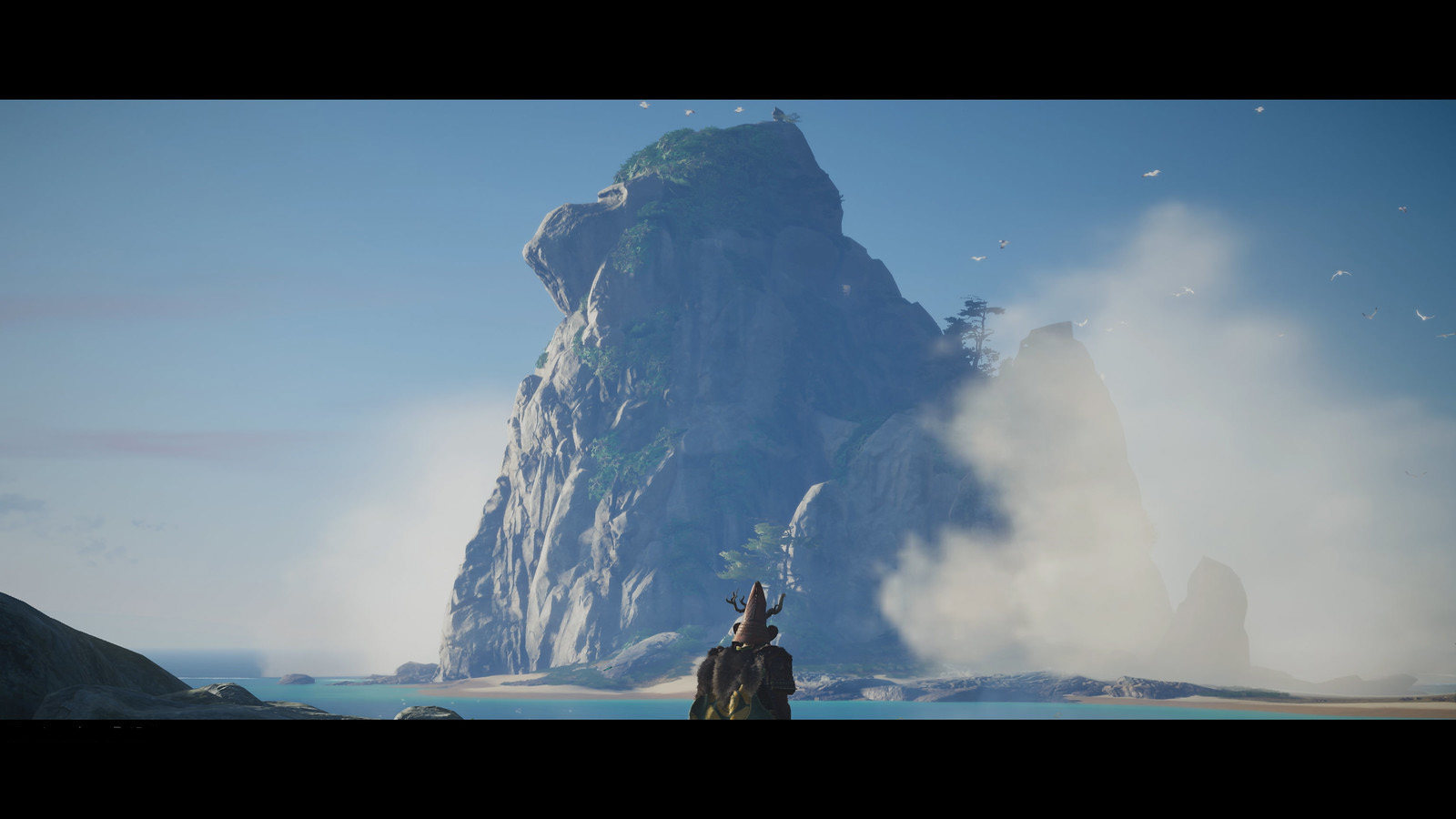 This review contains some spoilers related to the Main Game and the Iki Island DLC itself, so if you have not completed the game, please do not read further.

If you want to read my review of the base game, click here because this is a review of the DLC Iki Island Missions, not of the entire game itself. So instead of going hither and thither, let me get straight to the point Ghost of Tsushima’s Iki Island was a really funny and depressing experience because I felt languid while completing it. Not only did I find hilarious bugs from Shimura T Posing, my horse armour mysteriously disappearing, and my character going 30 feet in the air from jumping on a dog, but also from the weak and short story and the laughably non-satisfying epilogue bugs like this are permeated in the entire game. This DLC was such a mess that it left me wanting to continue the main campaign. This DLC was Superfluous. I feel like they should not have made a “Director’s Cut” with Iki Island for Ghost of Tsushima. It could have been just a normal Next-Gen Upgrade for less money. These Iki Island missions are a trifling experience.

I feel somewhat sad to say that this DLC doesn’t have many merits. I was hyped after the trailers, but it turns out that was kind of just the Semblance; the actual thing just wasn’t it. This DLC left me Deterrent, and I lost the motivation to even complete the game again after completing this DLC.

The gameplay hasn’t changed much. I expected some ingenuity; at least there were 2 new enemies and new abilities and equipment for your horse which was the best part about it; it really made charging into enemies with your horse much more fun than simply dismounting and attacking. It was a fun experience gameplay-wise since I played completely on lethal I died a lot, especially at the final boss, but still fun; I can’t say much for other aspects, though. The enemies were the Shaman which was a spear type enemy with the ability to buff its allies by making all their attacks unblockable, and another type of brute; they’re welcome additions if they didn’t appear in nearly every single encounter and making it necessary to throw everything you have at the Shaman before you get killed by everyone else this was a huge issue it made the game even more boring it should have been more Variegated.

Bosses, here we’re fun; unlike in the main game who only had a single weapon, the bosses here have many types of weapons on them, which kind of seems ridiculous when you see a boss with a spear, a shield, and two swords all on him.

The improvements technically speaking were astounding, but again I cannot judge the DLC; based on that, I would suggest you to buy the game if you have never played it, but this review is from the point of a perspective from a guy who has completed the main game 3 times, the load times were instant, you never had to worry about them, to the point that you can fast travel to a location to look at an easter egg statue, be satisfied, then fast travel right back to the town where your main mission is supposed to start without feeling like you wasted any time. The graphical improvements weren’t really anything crazy that you had to stop and look at the scenery, and I played at Higher Resolution mode, but that’s due to the game looking really good in general. The DualSense control implementation here were easily the best edition; they’re very responsive for even the tiniest actions, like Khotun Kahn burning a Samurai in the opening, where the controller would react in the burning, it’s easily on the level of Astro Bot and Black Ops Cold War.

The side content was interesting enough to get me in, from the side missions to the mythic tales, and the collectables; while they were a little better than the fox dens in the main game, they still both felt annoying.

The only collectables worth doing were the easter egg statues, which give you a puzzle to do, and the rewards are Yharnam armor sets, Colosuss sets, and God of War sets, with the addition of memorial spots that gives Jin flashbacks as a kid.

The side missions were pretty basic, just normal side missions that would easily fit in Tsushima and hold nothing significant in Iki Island, but they were fun to do with some parts like lighting some fire for a ship to shoot at; however, I did not have the Apathy to do them all.

The mythic tales here were nothing crazy, not as good as the main game, but the rewards are easily worth it, the first one gives the best armour in the game, which gives you a mini ghost stance for every perfect parry, and armour for your horse which really doesn’t do much since there is a glitch that removes it from your horse entirely and loading the game back up again isn’t guaranteed to bring it back, but it did happen to me only for me to lose it again but it didn’t bother me much just left me enervated. The island, in general, was really well made, with great locations, and beautiful spots, it felt like both Izuhara and Toyotoma combined in one island; it felt big but small in reality, really well made.

The story was the most mediocre part of the DLC, it is actually hilarious how dumb it is in the epilogue and in some parts, the story felt like a Far Cry Story more than anything in what happens for most of the story and especially in everywhere else where you get hallucinations of the Eagle because of a drug. It felt constrained there was so much squandered potential.

There were a lot of dumb moments, like when Jin is captured by the Eagle moment in the trailer, he says “Khotun Khan is dead, we defeated his army in Tsushima” and the weird thing is, I was in Act 2, he was still alive by that time, so they want you to play the Iki Island Story during Act 2 but then just spoil the ending of the base game like that, but it doesn’t end there, during the end game, you never hear the Eagles true name, but Jin says it casually but there was no time he heard it, everyone calls her the eagle.

The ending was pretty cool with Jin facing his past, but after everything and you go to the epilogue, which pretty much goes like this “hey, I’m back”, “yo bro, you good from the poison?”, “yea, man, thanks”, “ok, thanks, bro”, then the characters walk away; it really didn’t feel gratifying in the end; the main campaign felt more impactful.

The DLC is pretty dumb; it is fun in its core gameplay; however gets kind of Deplorable in some parts due to bugs, and on top of that, the Iki Island DLC leaves you dumbfounded in the story it is a short experience with ubiquitous issues.
I would suggest you to get the Director’s Cut if you have not played the base game; however, if you want to play the Iki Island, trust me, it’s completely deteriorated from the main campaign. I feel like just the technical improvements to the base game would have been ample, and they should have charged less to the consumers for that.