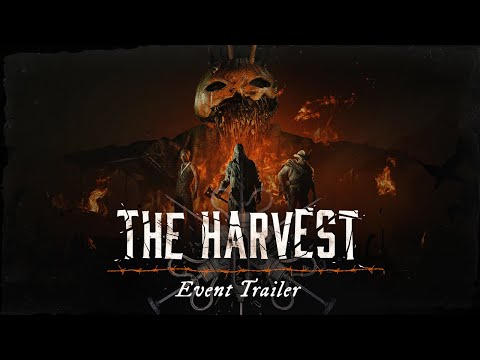 Crytek has released update 1.38 for its bounty-hunting battle royale hit, Hunt Showdown. A new patch on consoles brings the game up to version 1.38 – you’ll need to download and install the new update before you can trek back out into the bayou.

This arrives with our first look at The Harvest Halloween event. Hunt Showdown will be introducing new rewards for bounty hunters to unlock while giving certain parts of the online shooter a spooky makeover.

Hunt Showdown remains one of the most fascinating first person shooters currently on the market. Crysis developer, Crytek, mutated the battle royale concept by having players kill AI-controlled boss monsters, then racing to escape the bayou with their hard earned loot. Part of the game’s allure comes down to how it looks, Hunt Showdown embracing its dark and grimy atmosphere.

Scottfield Model 3 Revolver
New small slot, medium ammo pistol with a 6-round capacity. The Scottfield differs from other revolvers currently available in that it uses a break-open action which allows for faster reloading, this is because of its open cylinder and built-in ejector that can remove all rounds in the cylinder at once.

It uses a slightly shorter round compared to the Caldwell Pax which means its stopping power and range are slightly less in comparison. Since it is a medium bullet its damage and range will still slightly outperform compact pistols.

For the duration of the effect:

Developer Note:
Since releasing the Hunting Bow with the Light the Shadows event, we learned quite a bit about the weapon from your extensive usage. One conclusion we drew was that we wanted to highlight the differences between the crossbows and the bow and arrow more and decided to do a couple of changes, like making the strong bleed exclusive to the crossbows with its slower rate of fire, as well as making the crossbows and bow more consistent to limb damage overall by doing some minor tweaks to both weapons. We also increased the ammo pool for the crossbows somewhat to be more in line with the bow and arrow. With these changes, we feel both weapon classes can carve out their respective gameplay niche better.

The following ‘retrievable projectiles’ now do substantial damage to AI and Hunters when being retrieved by a Hunter:

Blood Bonds for completing Training missions have been reduced.

Developer Note:
One of the best parts of SBMM is the opportunity to protect new players from having to go against opponents that may be too difficult. We want players to avoid this option until they are more experienced with Hunt and its game mechanics.

Runners Up for Skin Contest:

Earlier this year, a Hunt Showdown update introduced a new map. When we reviewed the game at launch, we scored it a brilliant 8 out of 10:

“I’ll admit I wasn’t keen on Hunt: Showdown to start with, but after the first few matches I realised there’s something special here. This is an unusual entry in a genre ruled by far snappier shooters, and it takes time to get your head around Crytek’s clever twist on the formula. Stick with it and you’ll be rewarded with a uniquely engrossing multiplayer experience.”