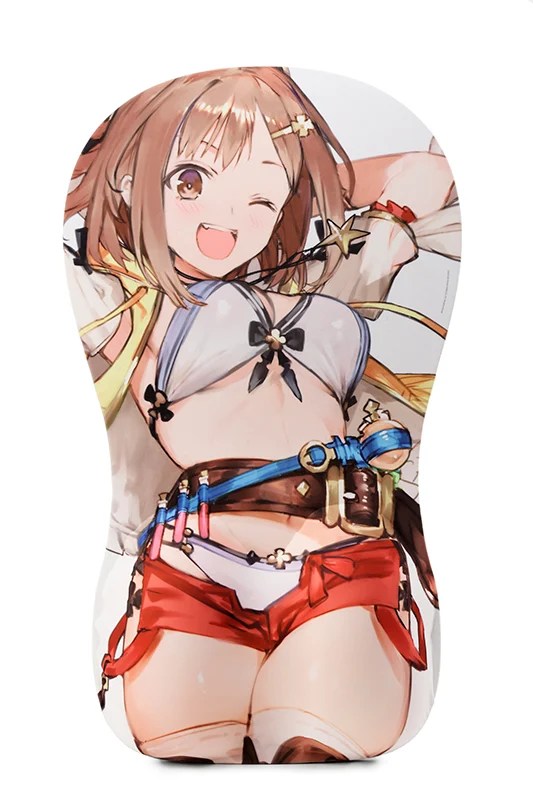 Atelier Ryza: Ever Darkness & the Secret Hideout and its sequel Atelier Ryza 2: Lost Legends & the Secret Fairy broke popularity records among the wider Atelier JRPG series, and many believe the protagonist’s character design played a part in that success.

You may be familiar with the Japanese “oppai mouse pads” built with a generous gel padding to let the user’s wrist comfortably rest on a character’s bust, but Atelier Ryza is getting something different.

Pre-orders will be accepted until February 3, 2022, and the product is scheduled to ship between April and May.