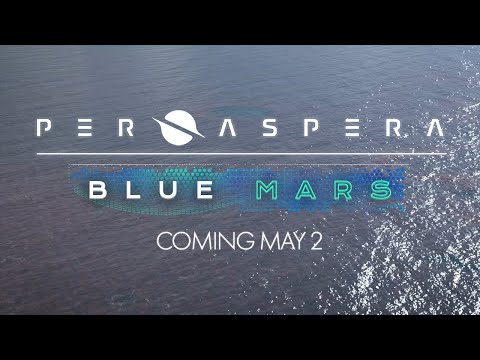 Per Aspera Is Getting Its 2nd Expansion on May 2nd

Per Aspera is a terraforming management simulator. It has a new expansion that is going to deepen the game around an all-important source of life—water. It is due to launch on May 2nd.

The new expansion will add building that lets players transport over their newly made oceans on Mars. They can also take advantage of the resources that the water has to offer, such as fisheries. These fisheries can be used to harvest any underwater resources for food.

According to Developer TIon Industries, the newly added outposts are going to allow players to research special underwater sites. They also confirmed in their press release that the upcoming update will hugely improve Per Aspera’s simulator of the water cycle of the planet.

The fact that Per Aspera devs have improved the game a lot since launch greatly pleased its fans. Its first expansion was completely free. It added delineated biomes, more fauna, landscaping, and outdoor gardening.

Fans are delighted to know that their favorite game is getting more material. After all, Per Aspera is more than just a simulator. It is also a narrative adventure that encourages players to think and behave like an AI. “You do have free will,” said Developer Javier Otaegui. “But you are kind of a slave.”

“What we wanted to do with Per Aspera was make you feel like you really are an AI,” Otaegui added. “How would it feel to wake up and find out that you were created for a specific purpose?”

Per Aspera is a relatively hardcore strategy, simulation, and city building game. Devs experimented with making a strategy game into a character-driven narrative. The moral decision that players have to make within the game form the basis of its branching nonlinear story and multiple endings.