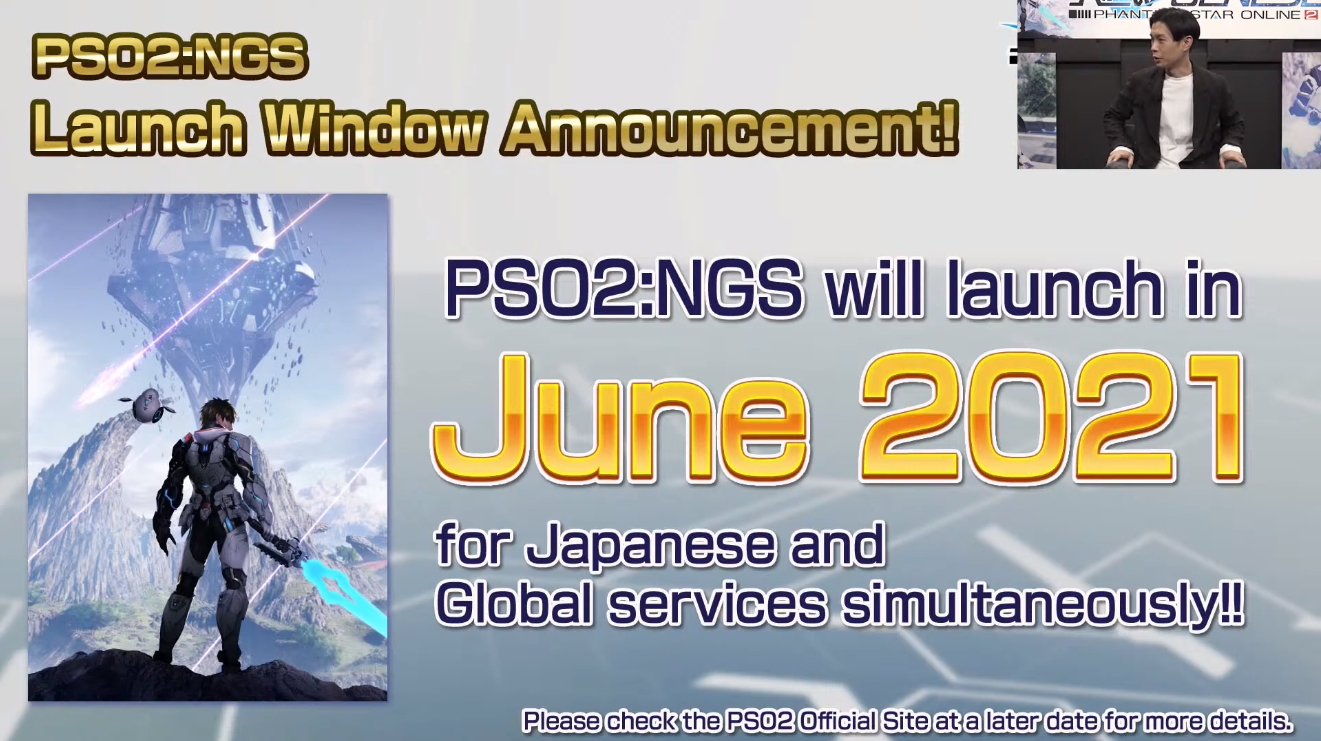 The latest livestream discussed prior closed betas in Japan, the emergency maintenance, how player feedback shaped the game, and the upcoming global closed beta. The rewards for progress made and feedback given was also detailed, with SG Tickets, accessories, and stamps available in-game.

Story and characters were the next major focus. As previously reported [1, 2], Phantasy Star Online 2: New Genesis is its own game, taking place 1000 years after the Oracle’s battle during Episode 6 in the original game.

The story focuses on ARKS, those who defend Planet Halpha from DOLLS in a decades old conflict, yet no one knows why the DOLLS are invading or from where. Some ARKS are talented individuals, while others are amnesiacs falling from pods from the sky- dubbed Meteorn. The player is one of these Meteorn, defending Central City, the biggest city on the planet.

The player’s pod crashed onto a small island in West Aelio, and meets the local ARKS who protect it. These include ARKS in training Aina, her father and protector of the town Garoa, and “skilled instructor full of passion” the CAST Dozer. Players also meet Mannon, a Mereorn who arrived half a year before you, and is able to remember some of her past.

New “Finger Only” emotes were also revealed, and that they could be combined with existing emotes (such as laughing while giving a thumbs up), and those from the original Phantasy Star Online 2 that would otherwise lack finger articulation.

The character creator also showed the Custom Expressions in action, creating yet more ways to express yourself to other players and provide a cut-in window when chatting with players. This is also to help players who feel their default expressions do not look quite right after designing their character.

The release was also revealed to be simultaneous with Japanese and Global servers. The original Phantasy Star Online 2 had the Japanese servers launch first, and global servers having later access to new content. However, due to the differences in regions of service, there may still be differences in content or campaigns (such as laws and regulations)

Benchmarking software will also be released in May 2021 for Windows PC, complete with a character creator. Characters made in this character creator can be saved and imported into the full game at launch. It was noted some beta players had spent 15 hours creating their characters, so the benchmark offers a way to get a head start. The benchmark itself will use part of the game’s in-game opening movie, but can have your custom characters in place.

Starting May 12th, Phantasy Star Online 2 will have their “Road to New Genesis” global event. Those retweeting and liking across social media have a chance to gain SG and Stamps, as well as there being Limited-Time Missions for accessories and emotes that can be brought into New Genesis.

There will also be a login bonus 7 days before New Genesis’ launch for a total of SG 30 Ticket, and a 400% EXP for all leveling quests during the event. Returning players can also gain an SG 50 Ticket and other useful items. All players in an Alliance will get an SG 50 Ticket and the Kneel! emote.

A Starter Package (on Sale August 19th) will include 9 special in-game items, the costume pieces all based on the Aelio area to provide a tropical and summer vacation look; along with tattoos, Stamps, and the Crawl swimming motion.

The above all comes from the 12 Aelio Badges, and are just the first item! The package also contains two 15 days of Premium Set and Material Storage Use, experience and drop rate boosters, a Salon Free Pass, and five N-Half Scape Dolls. All of the above will also be available in the Founders Pack DLC.

Finally, a survey asking Phantasy Star Online 2 players what outfits and parts they want to see brought into New Genesis is available now. The survey closes May 12th.

Phantasy Star Online 2: New Genesis launches June 2021 globally for Windows PC (via the Microsoft Store), Xbox One, and Xbox Series X. You can find the full live stream below.