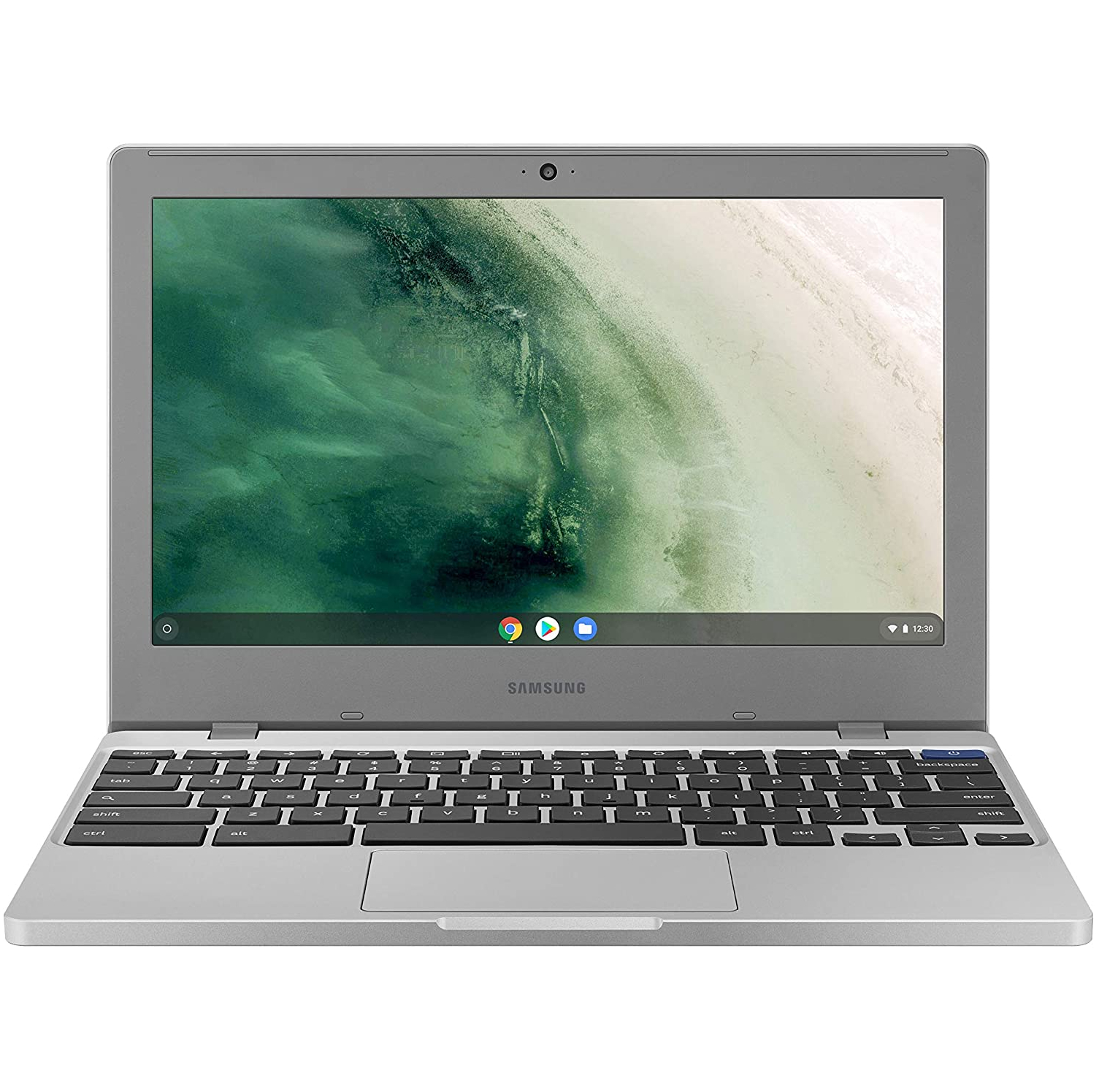 The official start date for this year’s President’s Day laptop sales is next Monday (21st Feb) but you’ll be glad to know a ton of retailers have already kicked off their promotions early. If you’re looking to save a few bucks on your new machine then the good news is there are already some great options to check out – all of which we’ve rounded up just down below.

So far, the biggest retailers to launch their President’s Day laptop sales are Dell and HP, both fantastic choices if you’re looking for a workhorse machine on a budget. Decent discounts are also available at Best Buy this week, although this retailer has yet to ‘officially’ launch its Presidents’ Day sales event just yet. Still, everything from super-cheap Chromebooks to sleek ultrabooks with the latest components are on sale right now so there’s plenty to browse.
We’ll be expanding out this article as we draw closer to the ‘official’ day for the President’s Day laptop sales (February 21) but these early deals are a great indicator of what to expect. For now, we’ve separated everything into sections for various budgets, starting with the cheaper options. If you’re looking for something a little more expensive, simply scroll down or use the provided navigation bar at the top or side of the screen.

As we’ll be updating this page with more deals as we spot them, don’t hesitate to bookmark this page and revisit.

The best laptop deals ahead of President’s Day

Samsung Chromebook 4: $128 at Walmart
The Samsung Chromebook 4 is usually more expensive than similar devices so we tend to pass on it, but it’s still got a strong discount this week at Walmart. It’s almost identical to the Lenovo above with the same 4GB of RAM and 32GB storage, but you do get an Intel processor instead. The longer battery life of up to 12.5 hours may also suit those who are more on the go.

Lenovo Chromebook Duet: $229.99 at Lenovo
Save $70 – The small yet impressive Lenovo Chromebook Duet is down to a terrific low price. That’s just $30 away from the all-time low over Black Friday. The tiny 10.3-inch 2-in-1 laptop is designed with portability in mind thanks to its size and the mighty battery life that lasted almost a full 22 hours in our testing. This is the machine you want if you’re always on the go.

HP 15z laptop: $299.99 at HP
Save $170 – For those on a smaller budget but still want to come away with a great value laptop this is HP 15z is a solid option for under $300. It’s a great choice if you need a machine for light use and basic work. The real highlight is that it still comes with 8GB RAM, which will ensure good performance despite the weaker processor. You also get a 128GB SSD for speedy access for files and quick load times for applications.

Lenovo ThinkPad 11e Yoga: $349 at Lenovo
Save $680 – It’s a ridiculous saving on this laptop in Lenovo’s early Presidents’ Day deals. A lot of power is packed into the tiny 11-inch frame for the price, too, including 8GB RAM and a 128GB SSD to give the device a significant performance boost. It’s something you don’t usually find for this cheap, which is why this offer stands out.

HP Chromebook x360: $259.99 at HP
Save $100 – While this may look expensive for a Chromebook, we actually think it’s a terrific deal when you factor in the fact this is a 2-in-1 laptop with a 14-inch touch screen. If you chose to pay a lot less you’d usually find only 11-inch machines with no touch capabilities and worse components. This x360 has a basic but decent AMD processor as well as 4GB of RAM and 32GB of storage – fine for light use or schoolwork.

Lenovo IdeaPad 3: $179 at Amazon
Save $40 – This Lenovo IdeaPad 3 was down to an all-time low price at Amazon over the holiday sales period. But while it’s now only $36 off, it’s still a decent price for a machine with an 11-inch screen, Intel Celeron processor and 4GB RAM that make it best suited to the simplest work or school tasks. The jump to 64GB of storage is a welcome boost if you don’t want to rely too much on the cloud for your files.

Dell Inspiron 15 3000 Laptop: $349.99 at Dell
Save $194.99 – There’s a massive $200 off this powerful and excellent value Dell laptop deal this week. It’s a limited-time deal, though, so it’s one you’ll want to grab sooner rather than later. This solid all-purpose device features an Intel i3 processor, 8GB RAM and a 128GB SSD. That amount of RAM is terrific at this price, giving you a big boost to the laptop’s performance that will make it so much easier when doing general home or work tasks.

HP 15t laptop: $419.99 at HP
Save $180 – Our pick for the best laptop deal in the HP Presidents’ Day sale. This is a huge discount on a machine that comes with an Intel i5 processor, 8GB RAM and a 256GB SSD – you won’t find a cheaper laptop with all of these top components. It’ll power through everyday tasks and hold its own with more demanding work or multitasking.

Asus VivoBook 15 laptop: $429.99 at Amazon
Save $50 – The Asus Vivobook 15 is one of our favorite budget laptops on the market and this Core i3, 8GB of RAM, 256GB SSD model is on sale right now at Amazon. With specs like these, you’ll get a decent level of performance out of this machine if you’re looking for an everyday driver. It won’t quite beat an i5 equipped machine, but it’ll easily outperform the cheaper Celeron and Pentium options above.

Dell Inspiron 15 3000 Laptop: $538.99 at Dell
Save $200 – Another super dependable workhorse Windows laptop from Dell, this Inspiron 15 features a 10th gen Intel Core i5 processor, 8GB of RAM, and a 512GB SSD. These specs exceed most basic laptops with a level of power that’s generally more in line with premium machines. Having the bigger SSD is also super handy here – giving you plenty of space.

Microsoft Surface Pro 7+: $599.99 at Walmart
Save $400 – This Microsoft Surface Pro 7+ deal is even better value than it looks at first glance because it includes the pricey Type Cover accessory as part of the bundle for no additional cost. You also get an i3 processor along with 8GB RAM and a 128GB SSD – that’s a very strong specification for work and everyday browsing. It’s a great price for the added portability and flexibility of a Surface device that we haven’t seen beaten for a while.

HP 15t laptop: $579.99 at HP
Save $170 – If you need a bit more power than the Lenovo laptop in this price bracket then you can spend a little extra here to come away with a big performance boost. For those who want to do more demanding jobs or multitask with even more ease then you’ll appreciate the jump to an i7 processor and 16GB of RAM here. The Lenovo is such good value for money though that you shouldn’t need to upgrade for general use.

HP Pavilion 15: $619.99 at HP
Save $380 – Need a more powerful machine? There’s a whopping $380 off this HP Pavilion 15 that comes packed with high-end components. Finding a laptop with an Intel i7 processor, 16GB RAM and a 512GB SSD for this close to $600 is very rare. Chances are this is overkill for most general uses, but if you want your laptop to be at the top of its game then this HP Pavilion 15 is worth the investment while you can get it at such a good price.

Lenovo IdeaPad 5i: $669.99 at Lenovo
Save $180 – There’s a whole lot of power for the money is this Lenovo IdeaPad 5i. For those who need a machine that’s capable of more involving work or multitasking then this is the laptop deal to go for thanks to the i5 processor and 8GB of RAM. The 15.6-inch IPS screen is also fantastic value at this price that will offer a sharp and clear image making it good for media streaming once work is done for the day.

Dell XPS 13 laptop: $685.99 at Dell
Save $264 – Another perennial favorite here at TechRadar, the Dell XPS 13 is always a good choice if you’re looking for a sleek Windows ultrabook that performs well. Today’s cheapest option is this baseline XPS 13 with an 11th gen Intel Core i5, 8GB of RAM, and a 256GB SSD – a good daily driver for those with a relatively decent budget. Today’s price is one of the best we’ve seen for a few good months too.

MacBook Air M1 (256GB): $949 at Amazon
Save $50 – After a big drop to $799 over Black Friday, the 256GB M1 MacBook Air is sadly no longer at its lowest ever price this week at Amazon. There’s still a decent $50 saving on the new machine, though, that features Apple’s powerful M1 chip and premium chassis. It’s unlikely we’ll see such a big discount again for some time, so this is the best price today.

Apple MacBook Pro 13 (2020): $1,157 at Amazon
Save $141 – If you’re a power user with deep pockets then you’ll be incredibly well served by the MacBook Pro 13 M1 – a super lightweight, extremely powerful, and stylish ultrabook from Apple. Today’s price isn’t the cheapest we’ve ever seen on this model, but it’s within $50 of the record-low and the best deal we’ve seen so far this year.

Apple MacBook Pro 14: $1,799 at Amazon
Save $200 – Looking for a premium laptop? You’ll have to hurry if you want to pick up the Apple MacBook Pro 14 for its cheapest price ever at Amazon – it won’t last long. With Apple’s latest M1 Pro chip, a gorgeous Liquid-Retina XDR display, and incredible battery life, this one’s a pricey but worthwhile investment for media professionals, programmers, or ultrabook enthusiasts.