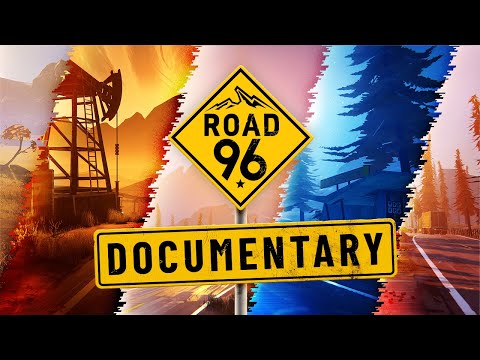 Every Road Has a Story

Road 96 is a game designed to send you on an unforgettable journey, again and again. Its a kind of procedural storytelling that shows a world evolve over time, as you attempt run after run. But that’s far from the only story Road 96 can claim, and with a new documentary, DigixArt aims to give that story a wider audience.

Projects, especially indie projects, often have wild stories behind their creation. While AAA game studios have this stuff down to a science, businesses with less money and experience often face unique challenges – ones that, obviously, require unique solutions. On The Road 96 shows off exactly those situations.

If you’ve ever heard the story of Hello Games (the team behind No Man’s Sky), you’d know it was a wild ride – but that “documentary” came from a second-hand source. Imagine hearing all that from the very same people who worked on the project? Those who made the business deals, those who saw the hype the game was generating, and those who knew exactly what they’d be delivering this hungry crowd… that kind of perspective isn’t something you can get as an outsider. Frankly, I don’t know why projects like this aren’t more common, it’s a great way to establish a deeper connection with indie devs.

“I wanted to document the teams incredible journey throughout, it became bigger than the original idea,” said Yoan Fanise, CEO and Creative Director at DigixArt. “I hope it gives our fans a look into the passion we as a studio pour into our projects, to see how we live the game.”

This isn’t the first time someone’s tried to shed more light on the stories of indie devs. A news website was made specifically to honor those untold stories, but only time will tell if there’s enough interest to make releases like this into a staple of the gaming scene.

The post Road 96 Dev Team Releases Their Own Documentary appeared first on COGconnected.