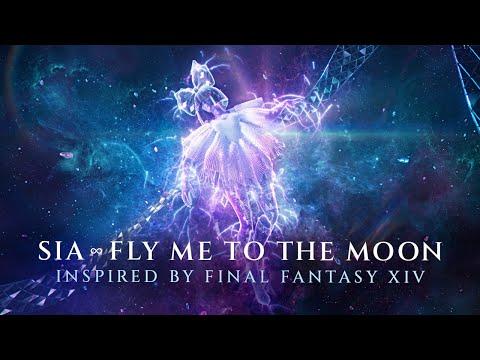 The video features Australian singer Sia as she performs “Fly Me to the Moon,” which is quite appropriate as we already know that the Moon will be one of the destinations in Endwalker.

In the meanwhile, the servers are currently down in preparation for early access (Until Dec. 3, 2021, at 1:00 a.m. PST), but you can already enjoy the full patch notes.

You can check the video out below and sing along.

Final Fantasy XIV is currently available for PlayStation 4, PS5, and PC. The upgrade to PS5 is offered free of charge to those who own the PS4 version. Endwalker will release officially on December 7.

In the meanwhile, you can still enjoy the Endwalker benchmark for PC, including the male viera character creation, and you can also read our hands-on preview.

If you want to see more about it, you can check out the latest details from a few days ago, the reveal of the extended trailer and the reaper job, that of the male viera, locations, and release date, and the launch trailer.

You can also take a look at plenty of images, the original announcement, tons of initial details, and the first official screenshots and art.

The post Sia Dedicates “Fly Me to The Moon” To Final Fantasy XIV Endwalker in Gorgeous Music Video appeared first on Twinfinite.